We’ve got a little while until World of Warcraft actually drops its Classic server, but the nice thing is that those of us who have been playing long enough already know what to expect. And watching people playing around on the Lord of the Rings Online progression server (specifically, Justin’s column about same) got me thinking about the ways that these zones have actually changed since launch. In many cases, it’s less than you might think.

Obviously, Cataclysm alone wrought major changes throughout the world, removing and replacing most old quests. But the reality is that some of the zones have just changed more than others. Duskwood is more or less the same as it was before Deathwing’s rampage, just with a better quest structure; ditto Silverpine Forest and Searing Gorge. Other zones, on the other hand, have really changed a lot in the present game. So let’s look at the places with the biggest changes between then and now, starting with the Eastern Kingdoms this week. Some people have only ever known the zones we have now, after all. 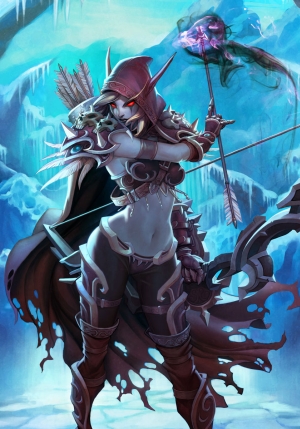 We’re starting here in the north partly because the actual geography of these zones hasn’t changed much, but the nature of the zones has. And I don’t simply mean that the colors are less desaturated and sickly in the modern version of these regions; I mean that these areas have gone from incredibly dangerous endgame zones to being mid-range leveling options, and they’ve generally gotten less deadly.

The Western Plaguelands has gone through the biggest shift in this regard; where Andorhal used to be an outdoor elite area that cut off Alliance players from easy access to most of the map, now it’s pretty easy to safely navigate even on foot. But both areas had a dearth of flight points and lots of enemies choking the zone. Here, you were not safe. Here, the Scourge had taken root so deeply that the best you could do was clean up around the edges.

Both zones also had some storylines that have been somewhat diminished by subsequent content, too, but they were neat off-the-beaten-path quests for players who searched a bit. That wasn’t exactly uncommon in those days, of course, but it was still a change. And keep your eyes peeled for Blightcaller in his much older form while you’re out here.

At this point, Hillsbrad is firmly under the control of the Horde, the Forsaken have demolished Southshore, and the whole region covers a lot of ruined old wrecks and the revitalized Forsaken buildings. But back in the day the decaying husks were what the Forsaken were stuck squatting in; the Alliance still had Southshore as a stronghold, and they were even pushing some plans up further north.

Of course, that isn’t to say that the zone was friendlier. Hillsbrad was one of the best places for Horde and Alliance forces to antagonize one another, with the two towns close enough that it was easy to run back and forth assaulting players and questgivers alike. There’s a good reason Southshore vs. Tarren Mill became a whole thing, even though it was aimless PvP with no endpoint beyond people getting bored. But it was a whole thing.

This, uh… existed? Yeah, there was another zone between Hillsbrad and the Western Plaguelands. It never really had much done with it, which suggests an entirely different column (or series of columns) about neglected regions, but there were some quests up in this area. It was also the former site of two separate national capitals (Dalaran, for example!) and generally seemed like someplace ripe for expansion. Alas, that never happened, and it got merged into Hillsbrad and largely forgotten.

Used to be more dry.

No, really, it did. There’s a lot more flooding in the Wetlands than there used to be, thanks to a combination of the demolished dam just above and the coastal surge that left Menethil a wreck (which somehow still hasn’t been patched up, but that’s a separate topic). It also lacked a Night Elf settlement, to boot.

Despite this, it’s important to note that basically all of the stories of this zone were the same as they are now. This is one of the more interesting parts of the overall revamp to the continents with Cataclysm. The geography or the stories often changed, but it was rare for both of them to be notably altered; generally it was one or the other, and often it was neither, but just having the same stories more thoroughly explored and detailed.

Hey, speaking of that dam…

One of the things I do miss was a fairly minor quest from Loch Modan to Searing Gorge. In order to clear it you had to go kill something in Searing Gorge first, but clearing it gave you the key to unlock the passage between the two zones. It was cute and memorable. Now you can just open the gate automatically, which makes the entire point of the gate questionable.

However, this is not what people are going to notice in terms of big changes; what they’re going to notice is that there is now a gigantic drained lake where there used to be a normal lake (hence “Loch Modan”) and a dam that’s been blown up. It leads to a rather different experience, although again, most of the actual stories remain intact.

Hoo-boy, this one got a big scar along it. It also has an entirely new set of stories centering around the Black Dragonflight, which was very appropriate at the time it came out. Beyond that, most of it remains the same site of titan excavation alongside various natural beasties and rock elementals.

Fun fact: Because of the overall paucity of quests at higher levels, my wife and I would generally go from 37-40 or so grinding on the rock elementals holed up near Kargath; they dropped enough stuff to help afford the all-important mount skill and you had to do whatever you could to make levels meet at that time. I refuse to consider this good, but it is nostalgic.

This used to be one zone, one enormous and poorly structured zone, home of the infamous and loathed Green Hills of Stranglethorn. In fact, a lot of the stuff in the Cape of Stranglethorn was entirely new when the zone was formed, and I’m not just talking about the little whirlpool bit. Most of the stories and pirate goings-on were only vaguely hinted at by the reputation system, so if you wanted to get yourself to exalted with Booty Bay or the Bloodsail, you were going to be grinding on one or the other with no further explanation.

Of course, this was also back in the days when reputation rarely provided much in the way of rewards anyhow; it was more about bragging rights rewards than anything.

That’s not to say that none of the other zones on the eastern continent changed, but those are the ones where the modern version is the most changed from the original. Next week, we’ll be taking a look at Kalimdor; until then, you can leave feedback in the comments below or via mail to eliot@massivelyop.com.