If you’ve got to end a year, you might as well end it with a huge bang.

This is the philosophy behind Camelot Unchained’s team, which is ramping up its massive siege battles with all of the necessary tools and tech in place. Players should be able to participate in these large-scale siege fights in the new year, but Mark Jacobs says that the scenarios are working great internally.

“I have included a screenshot of more than a dozen trebuchets, and an equal number of scorpions, in one small part of the battlefield, knocking down a building,” Jacobs wrote. “It was a lot of fun, and it lays the groundwork for what I know will be one of the deepest and most interesting siege systems in any MMORPG. Bold words, I know, but I have no doubt we will be able to do that.” 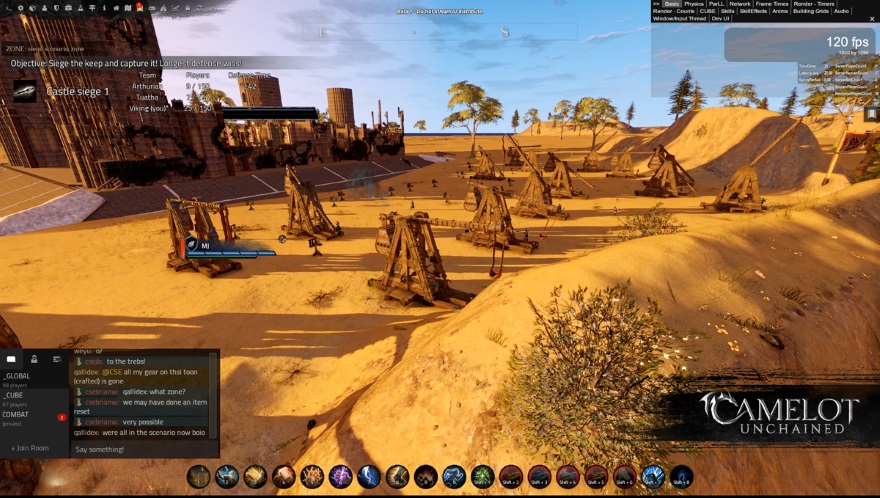 Massively on the Go: Orna vs. Pokemon GO in the battle...