Every year, I place Star Wars: The Old Republic on a scale and weigh it against the Bartle Taxonomy, giving the different aspects letter grades based on where I believe this MMORPG falls into the different quadrants. It’s the end of the year, BioWare, so let’s grade SWTOR.

END_OF_DOCUMENT_TOKEN_TO_BE_REPLACED
Bartle’s Taxonomy divides player activities along two axes. The first axis places the world focus against player focus, and the second axis places acting against interacting. As with many taxonomies, this creates four quadrants. The interacting and player quadrant is the Socializer quadrant; the opposite of that is the Achiever quadrant. The acting and player side is called the Killer quadrant by Bartle, but I like to say that it’s more competitor than killer because the connotation in “Killer” is griefing. Although griefing does fall in the extreme corner of this quadrant, the whole quadrant isn’t about that. And lastly, the interacting and world quadrant is where Explorers fall.

For those not familiar with the American letter grading system, an A is a top grade where a D is the lowest passing grade, but an F is a failing grade. Why is there no E grade? I don’t know; I was just born here. I didn’t make up the system.

I’m going to repeat this a lot during this article: Most of the key changes and additions to the game in 2018 actually happened within the last month. And although I really like many of the additions to the game given to us this December, that does not make up for the extremely stagnant months prior to Update 5.10.

The beginning of 2018 was a horrible time for the social SWTOR fan. The server merges had allowed for larger group content for many players, but it also forced groups of people together that were in direct odds with each other. I’m talking, of course, about the PvPers and the roleplayers. I understand that the Satele Shan server fared better, but the Star Forge server was a mess. The big roleplay communities on multiple servers merged with the highly populated Shadowlands server focused on PvE. This was not a good move for either server. Although the merges happened in 2017, the fallout from the move was all 2018, and consequently we saw a steep drop in both communities.

At the beginning of the year, there just wasn’t enough content catering to either crowd to justify sticking around. If you watched some of the last few episodes of the Choose My Alignment SWTOR livestream that MJ and I do, then you probably noticed that I had to sit out many of the story quests because they wouldn’t even let me into the flashpoints to observe, cutting even further into possible social activities.

But things changed by the end of the year. The Rishi stronghold, the completion of the Gods of the Machine operation, and the open world of Ossus made for some fantastic potential changes to the game. Unfortunately, we will likely not see the fruit of those changes until 2019. If I were to judge the Socializer content by the last few months alone, I would give it higher marks, but taking the year as a whole, I had to give it a C+. The plus was because of the potential added at the end.

I like to jokingly say that Achievers see a bar and want to fill it up. If there is a number that has a limit, they will try to reach it. But the truth is that Achievers like the challenge of reaching those high numbers or filling those bars. Many times, games will see Achievers fall off the game if there isn’t any new content for an extended period of time or if the game is asking the achiever just to reach the same goal again. And in this category, SWTOR’s suffered again. Sure, there have been new bars for the Achievers to fill, but for most of the year, there hasn’t been any challenge to it at all. There also haven’t been that many bars to fill.

The new datacrons and other achievements in “Jedi Under Siege” did start to turn things around, but I don’t think I need to repeat that Update 5.10 came out only a month ago. Eleven other months sat mostly empty. I think it’s clear why I gave this category the grade I did, and it was only this last month that saved the game from receiving an even lower grade. 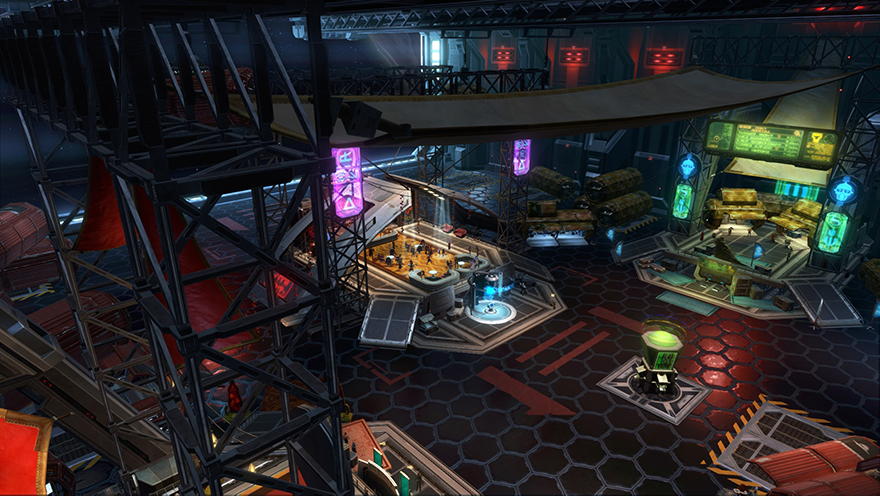 This category is very difficult for me because the PvP community, which makes up the majority of this category, has been so loud and frankly toxic about the issues in PvP that it’s hard to interpret from the back line what’s really happening with the PvP scene. If I based this grade solely on what the PvP community was saying, then it’s clear that I would give it a failing grade, but out of all the different categories here, the Killer category actually received the most attention. (Whether players considered it all good or sufficient attention is another story.) And although BioWare made some major missteps with gearing and class balance – as it always does – the other additions in the Killer category have been great.

I could point out the cross-faction action on Ossus with Update 5.10, or I could point out the guild challenges that focus on competition of all types. But I think the biggest boon for the Killers was the Rishi stronghold. I know that some are going to disagree with me, but I believe that Rishi — hands down — showed the Killer community that BioWare wants to keep them around. It’s the first stronghold to have a PvP focus. The stronghold has a customizable Huttball arena, for goodness sake! It’s genuinely innovative for this game, and I believe sets the precedent for future Killer content.

I really debated this grade. There are a handful of things that SWTOR did this year that Explorers would like, but again like most of the content, it was in the last month. There were 11 other months with practically nothing, and the Explorers were just left out in the cold. I get it: Explorers are hard to build for, but flashpoint content really isn’t the way to win them over. Ossus is great; it’s practically a full new planet to explore. But that doesn’t cut it.

I know that many of you are going to disagree with the grades that I have given these categories, so here is your chance to tell me where I was wrong in the comments. I would like to read your thought-filled responses explaining what great you would give SWTOR in each of these categories.

Players offer new estimate for the price of capping out a...