We knew this day was coming: It’s time to buckle up for Black Desert’s Xbox One debut, as preorders for the game on that platform have opened up as of today, and formal launch has been set for March 4th. That means preorders are open too; packages run from $29.99 to $99.99, with varying levels of headstart access, premium sub time, cash-shop currency, cosmetics, mounts, pets, and buffs.

“Owners of the Black Desert Ultimate Edition pre-order will get Early Access to the full launch build of Black Desert on March 1, 2019. In addition, the Ultimate Edition grants the most in-game rewards and exclusive items, including pets, horse armor, costumes, currency and other benefits. Deluxe and Standard Edition owners will benefit from pre-ordering with exclusive in-game items as well, with Deluxe Edition access starting March 2 and Standard Edition on March 3.”

We’ve tucked the brand-new trailer below too! 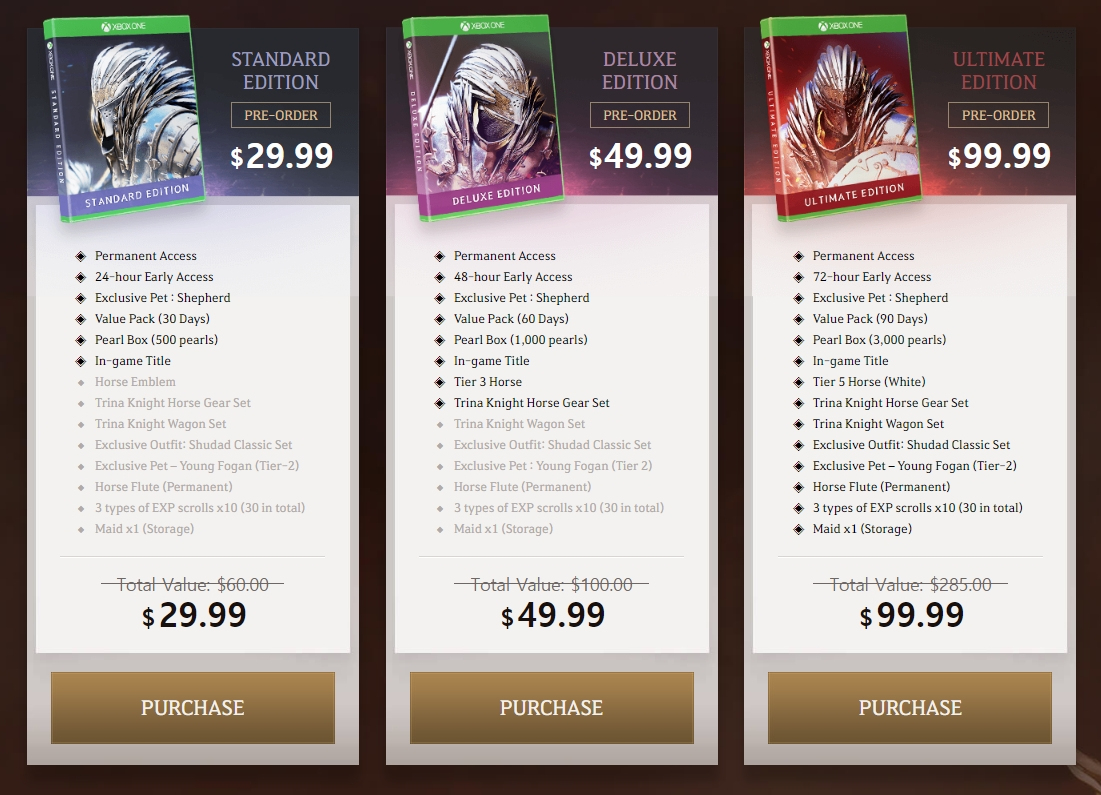 The gates are open. #BlackDesert pre-orders start today! Head to the Microsoft Store and pre-order for exclusive items, and a kickstart to your #XboxOne Black Desert adventure! Servers open March 4th so make sure to get your copy now! https://t.co/fCfgWJeZ36 pic.twitter.com/ivOIi81Lr3

I hope Digital Foundry does a video breaking it down.

considering the pc version is 9.99 im not sure this is a good purchase

A lot of people don’t use a PC for gaming.

BDO has pretty much launched in every world region at this point, the only place left is basically consoles.