There are a lot of game companies in China, but Tencent and NetEase are the two titans with huge stables of titles, numerous online games in their rosters, and general cachet and significance to outside observers. So it’s pretty surprising that even as the third round of game approvals moves through the new governmental agencies for the purpose that neither NetEase nor Tencent are included on the list. Yes, after the nearly year-long approval freeze through 2018, the two giants are still frozen.

Reports from the government indicate that the numerous titles backlogged for approval are moving through the process in the order they were originally received, so it’s certainly possible that the process just hasn’t gotten to either of these companies. But it doesn’t seem probable, although there’s very little transparency involved at the moment. Regardless, it seems like both companies are still hurting from the extended freeze through 2018 – Tencent even lost significant value last year over the move – and will most likely continue to be hurt until their games start moving through the pipeline once more.

Don’t read too much into it. This is just a case of bureaucrats trying to squeeze as much money as they can from these companies. That’s the only agenda here.

Heh. It’s total bullshit. It’s a tit for tat situation and neither side wants to give in. Sound familiar?

Both Tencent & NetEase are “shareholders” in Activision.

Maybe not “holders” of the company’s stock, but Tencent holds one of Bobby K’s balls because if the money they gave him so he could buy out Vivindi & NetEase holds the other due to how they have been paying Blizzard’s development bills.

And as the majority shareholder of the company, power over him is more control over the company than the board of directors has.

I never thought I’d be rooting for China but anything that has a chance to kick Diablo Immortal square in the nuts is fine by me.

The Chinese government is doing a lot of reminding everyone who’s really in charge lately. For example, the Hong Kong legislature is being pushed to pass a bill making it a criminal offense to publicly disrespect the National Anthem (which is often booed by large groups at soccer matches, etc. taking place in HK.) A similar law was passed for the mainland in 2017. 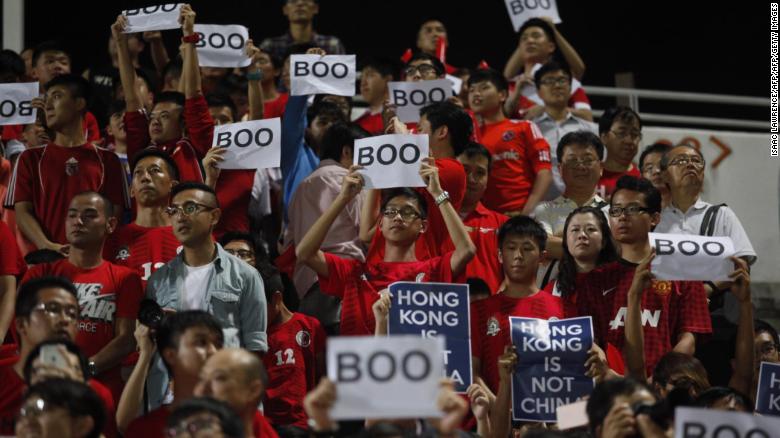 Hard economic times, which China is experiencing, usually call for more social rules. Can’t let unrest get the Commies down.

I mean, you say that like we’re any different what with how our own citizens and some politicians in the US have a habit of wanting people arrested for not “respecting the flag”

The difference is that demagogue’s can yap all they want to about respecting the flag but they can’t actually make disrespecting the flag/anthem/whatever illegal.*
Colin Kaepernick may not be playing football professionally** but he can console himself with the giant pile of money Nike is paying him.

* In the USA at least. Many Americans might be surprised to learn how few countries actually have freedom of speech constitutionally protected.

** Note that he wasn’t actually fired. He chose to take an option from his contract to become a free agent. And no team picked him up. He currently has a grievance filed with the NFL alleging collusion to blackball him that has a fair chance of going to trial.

This has to be making the suits over at Blizzard uneasy.

Think of all the clueless NYC shareholders who thought Immortal was instant money printing.

I never thought I’d be rooting for a Dictatorship but the enemy of my enemy is my friend, make that mobile Diablo game flop China!

Chop the game first, then chop the dictatorship!