The folks at Portalarium want everyone in Shroud of the Avatar to experience the joys of home ownership, which is why one of the major changes coming with today’s Release 62 update will be making it a little easier for every player to carve out a little slice of the world to call his or her own. Previously, players were rewarded with a deed to a plot of land after completing the entire story, which amounts to “approximately 40 hours of gameplay.”

However, after listening to feedback from the playerbase, Portalarium has decided to bestow the gift of landownership a bit earlier on: Now, players will receive their lot deeds for finishing any one of the Outskirts quest lines. But there’s still plenty of incentive to complete the story, as the reward for doing so has now been upgraded to include a village lot deed and a shingle-roof house deed.

And to top it all off, the update also introduces some quality-of-life improvements for homeowners. As of this update, the property taxes for “all Lot Deeds larger than Row,” have been significantly lowered “in order to reduce the burden of property ownership.” In addition, the devs have “increased the prepayment time of taxes, made it so lot deeds can be upgraded with Crowns, lowered some lot deed prices and made various improvements to the in-game store.” And of course, the update also comes with the usual smorgasbord of bug-fixes as well as a few other small content additions, such as the arrival of young dragons. For the full details on all the additions and fixes in Release 62, check out the extensive patch notes on the game’s official site.

I play it and I love it. Most interesting experience out there. Makes you think hard and figure things out. And the questing is like an elder scrolls game. Lots of things to do and see. Higher tier zones like malice, Hilt, some of the mines are all amazingly done scenes comparable to any dungeon in any mmo

I actually cant wait to finish storyline and get the village deed. Housing is so good on this game. Also the storyline so far was quite fun

Yea the game isn’t nearly as bad as everyone portrays it to be, i had allot of fun, danced to in game musicians music (on more than one occasion), explored, went on a few hunt parties, had tea in a garden, great chat in a gazebo, got a tour of a well decked out mansion, and met some fantastic amazing people obv.

I know I sometimes wonder if they really tried it. The game obviously needs some polish too, of course and the only glaring thing I see is load times/memory usage, but already they had improved that too so I am sure it can only go better as its scheduled to do more optimization on next releases.

Also its very rare to have a sandbox games with storyline. Add to it, it doesnt force people into pvp and has a very friendly community. Even devs are quite friendly. Crafting system is among the deepest you can find too

I am also surprised it didnt get included on best housing, but has better housing than all games mentioned and far more flexible

Edit: Not sure since how long you last played but they also got player dungeons, initially without mobs, under houses and seems they will become quite featured in the future

Runs like dogshit. I can’t comment about the game itself, because I give up 5 minutes in due to the piss poor performance.

If they optimize their game instead of telling everyone to buy NASA supercomputers just to run a game that looks like Old School RuneScape, they might have more success.

Actually its far better now than it was 2 months ago. Next 2 releaseas, 63 and 64 are also about optimization too. Graphs arent great and arent bad either, the pic below is on min graphs settings: 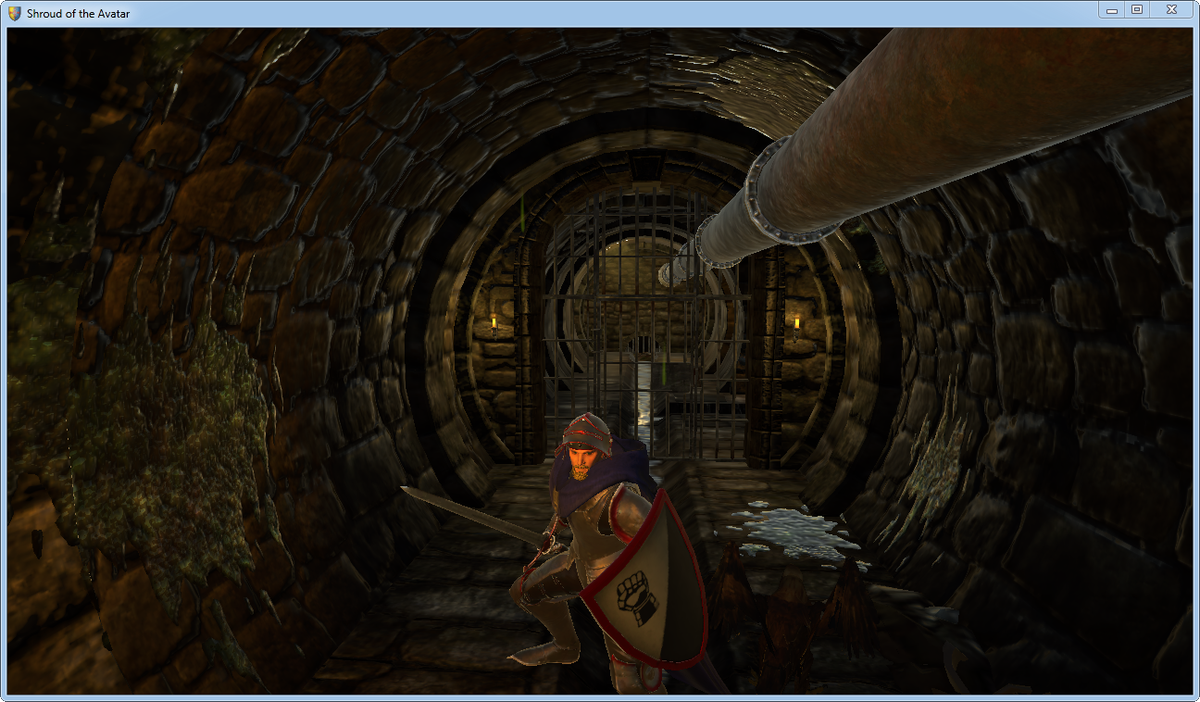 I don’t mind weak graphics and to be fair, SotA does have decent ones.

But it’s true it runs like dogshit on fire. It’s awful. A indie game shouldn’t run worse than GW2.

Also, there’s their awful monetization, but i don’t care much for that. When they optimize this game, i’ll try to play it again.

There is a misconseption for the monetization though. The extreme things you say are huge multi packs of things basically none needs to enjoy, often mostly acquired for the show off and/or from people who got the financial depth and want to support this game more – I just pay the sub(9usd) because I want to support them(and you also get lots freebies) and depending on month 5-20 usd tops in any cosmetic I may like like last month I bought a hawk non combat pet.

But lets take housing for example. You get a free village lot for completing the storyline. Village doesnt sound impressive if you havent played the game but the biggest village lot houses you can play are bigger than the biggest personal houses in EQ2 to give you an idea. Only guildhouses in EQ2 are bigger and they cant beat a town lot house with 3 stories and with 2-3 story basement and/or a dungeon. Also the row lot you get just for completing the first part of the storyline is bigger than the smallest houses in EQ2. There is also no p2w elements since basically even the consumables give you thinks like increased carrying capacity or lower rate of durability loss on your gears.

About optimization you mention if you actually check the processes while it run it mainly used a lot of memory compared to other games, a known issue with games built on unity. When I started it used 7.2gb RAM, then it dropped to 6.8gb and now it uses almost 6gb. I got a system with 8gb so it stresses not the game itself, but browser windows and/or discord are slow when I run the game making multitasking a bit harder, but they will continue to optimize. On the system with 16gb it runs no problem on max graphs. So I would call SotA in general a bit memory-hungry but improving over time. If it stresses your PC(example older or low budget 6gb laptops) best to wait till release 64

Actually seems its already less than I thought but you could still wait for R64 if you got an old pc:

It’s never going to be optimized.

Its usually better to read to read before answering, just saying, it saves moments like this one

There have already been significant optimizations and it isnt even over. From 7.2gb usage its already down to what you could had seen on the screen above and that without

Not sure yet, I am fairly close to finish storyline and get the village, maybe I will get it done in the weekend

And considering the Oracle give you 500g per day just for talking to it, You can pretty much have a village lot for Free.

New World is live around the globe as some queues explode...

Regulators in China and the UK turn their eyes toward streaming,...

League of Legends’ animated series gets a November 6 release date...