I think it’s about high time we got a Star Wars game in which lightsabers functioned properly as instruments that could melt or slice through almost anything. Instead, we’re often given these PG-rated light shows in which foes are tickled to death by neon flashlights. Where are all the limbs being sliced off left and right?

Hirku leads the charge this week on delivering action poses that show the ferocity and drive of our characters, maligning the patheticness of SWTOR’s Force Choke. And if you weren’t using a diet lightsaber, you might have even killed that man. 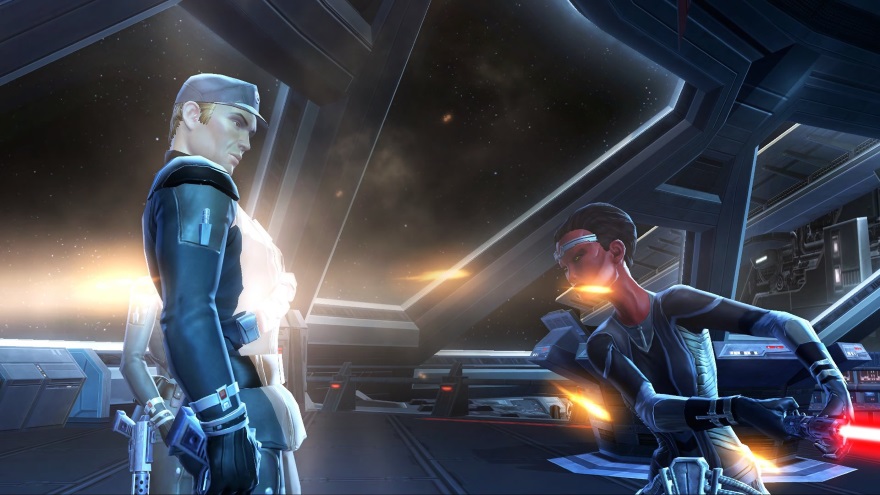 Ralpha the Wonder Llama mailed this one in: “Warframe has a pair of cinematic quests that are just amazing, ‘The Second Dream’ and ‘The War Within.’ I took a lot of screenshots as I made my way through the quest-line, but most of them contain spoilers. Out of all the screenshots I took, I though this one looked sufficiently ‘fierce’ and spoiler free. This is my Valkyr Prime warframe powering up for the final battle in ‘The War Within.’ Spoiler Alert: We won!” 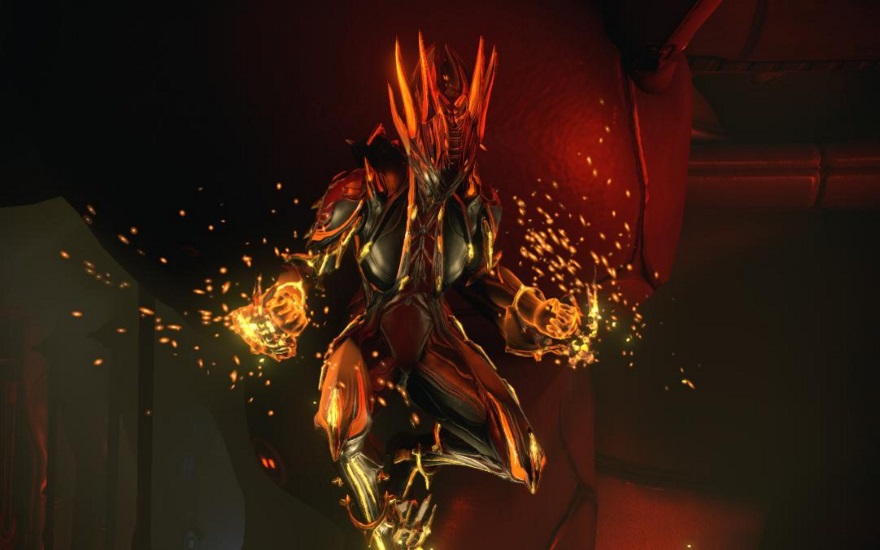 Here Hikari comes to save the day — and in Champions Online, no less!

“Might as well show Steel Girl from CO as well,” Hikari said. “Her armors in CoH were much more Rescue/IronMan-esque but when she got portal shot to CO during the CoH cataclysm (shutdown) she had to make due with materials on hand and made a backpack suit.” 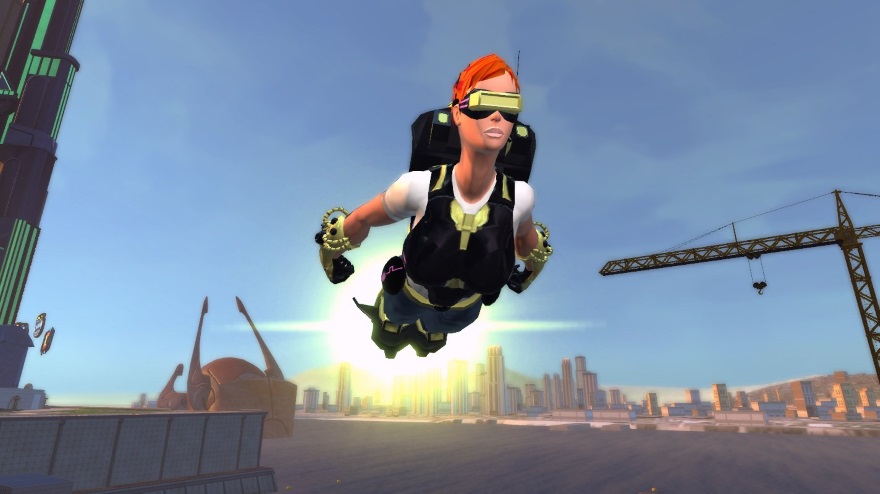 Of course, if you want to look like you mean business while wearing a dress, Rafael graciously will show you the ropes.

“Here is my Gunner Haliee in Blade and Soul dealing with some crazy Pot Dogs. For you Nier-ologists out there, that’s a 2B inspired dress, similar to the one soon to be in FFXIV’s YoRHa Apocalypse.” 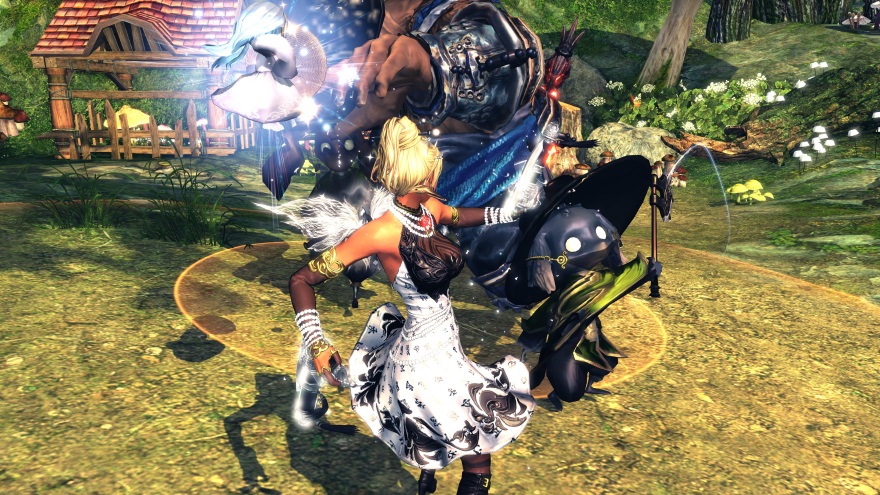 Speaking of FFXIV, at least some characters know well enough to read the script before they starting acting!

“Nothing says ‘I mean business’ like opening up a book and throwing some harsh words around,” said Vincent, five seconds before said book and its holder were incinerated by a giant fireball. 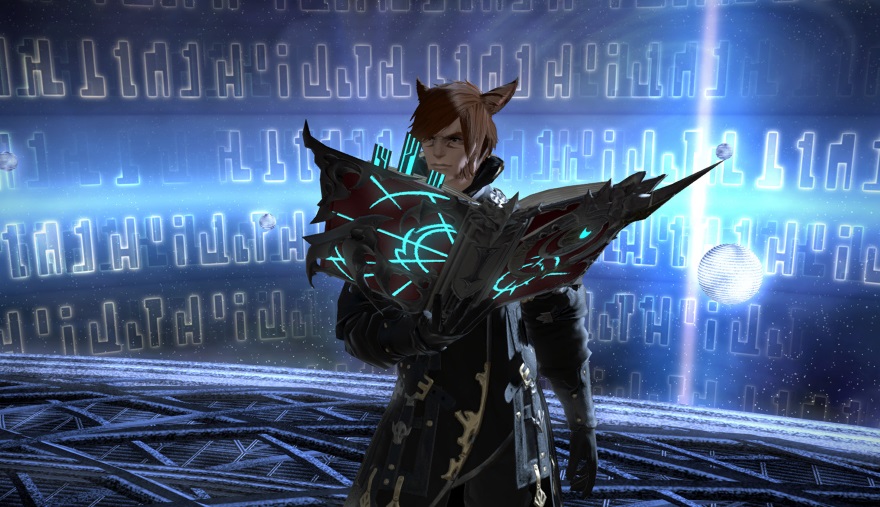 Let’s move from “fierce” to “tranquil” with this week’s screenshot challenge. Share with us a picture and your thoughts of a place or setting in an MMO that makes you feel completely tranquil and relaxed!

I have been spending a lot of time in Star Citizen lately just going around and enjoying the sights. It’s such a fun game to casually fly about the verse and take photos.

Guild Wars 2. One of my favorite places to relax. It’s a quiet area, away from the busier parts of Amnoon.

I am impressed that for such old game GW2 still manages to look very pleasing (unlike some games that were released after it).

All of Caras Galadhon is idyllic and tranquil, but the Lady Galadriel’s Garden is especially so. Serene by day, a bit otherworldly by night.

I’m sneaking in at the 11th hour with a screenshot from this weekend! Up to three times a day on my FFXIV server, players show up in droves to hunt elite marks. As we fly from enemy to enemy, everyone’s always showing off their favorite mounts, allowing me to grab a screenshot of our interesting sky parade.

This week I’m tossing up a chillin’ screenshot from ESO. Bosmer and drums are a good combo. :)

Well what about guns? People don’t usually shrug off gun fire either, but in many games you end up having to unload massive amounts of bullets into their faces before they go down. It’s not just a lightsaber issue, it’s a gaming issue (especially MMORPGs where the stuff isn’t meant to go down instantly).

Games are completely unrealistic no matter what kind of weapon you’re using. It’s a trade off to make the combat last longer. It doesn’t work in MMORPGs to be one hitting everything.

I read an article somewhere a long time ago where someone was talking about making it so the battle would be you wearing down the opponent instead of actually hitting them (they’d be blocking or dodging all the hits visually), and once their block or dodge meter hit 0 you then really hit them and kill them, because it seemed silly to be railing a sword or whatever into them over and over without them going down.

I don’t remember what game they were talking about, if it was something that actually existed or was a concept someone wanted to use. It was an older article that’s out there somewhere but I didn’t bookmark it or pay too close attention to who wrote it, I just remember what they were writing about.

Turns out most of my MMO screenshots tend more towards “fierce” than “tranquil”, and I missed last week – ah well. I do have some nice ones from BDO though.

Share with us a picture and your thoughts of a place or setting in an MMO that makes you feel completely tranquil and relaxed!

Oh, there’s a perfect place in Kugane for relaxation after a few stressful dungeon runs:

Kugane is nice. You meet the most…peculiar people there :)

Oh yea, I forgot about this room. I did help another one wash the other person, though ;-)

Actually, I just decided to check him out. Yes, he is definitely… big ;-)

The Doman Enclave after smoking a very large blunt that may or may not have come from the farm behind me :) #relaxed #zen

Oh yea, that’s one of the great places to relax, together with Kugane ;-)