Back in October, we covered the heart-warming story of a Secret World Legends player who wrote a novel based on the game’s IP. The best part was that Funcom gave author Amber “Blodwedd Mallory” McKee the licensing go-ahead to do it in the first place, when y’all know that most IP holders would sooner whip out a lawsuit. Warm fuzzies all around.

“TO SIR, WITH LOVE: An Unofficial Legend of The Secret World – When the world ends, the fog rolls into Solomon Island and the dead start to rise. Innsmouth Academy senior Blodwedd Mallory fights to save her school from the destruction. But can she uncover secrets of the Academy’s dark history in time to stop Mal’un the Accursed from destroying the headmaster and preventing her graduation and initiation as a Templar?

LONDON UNDERGROUND: An Unofficial Legend of The Secret World – When she leaves Innsmouth Academy to join with the Templars, Blodwedd “Wedd” Mallory hopes to finish her training and be assigned to the field as an agent like her mother. But will her chances be sidelined by Special Assignment Supervisor Dame Julia and Master-of-Arms Brigadier Lethe when a deadly supernatural bomb in Tokyo throws the world into an uproar and her mother goes missing?

Both are available for purchase now on Amazon in Kindle and paperback formats. For more information about TO SIR, WITH LOVE or other future unofficial legends, visit https://blodweddmallory.com. These are unofficial stories set in the world of The Secret World and Secret World Legends. The IP is used under licensed agreement with Funcom Oslo AS.”

Also, the books’ cover illustrator is fellow SWL player Mark “HolloPoint” Innes – all the images in this post are his work! Like this one! 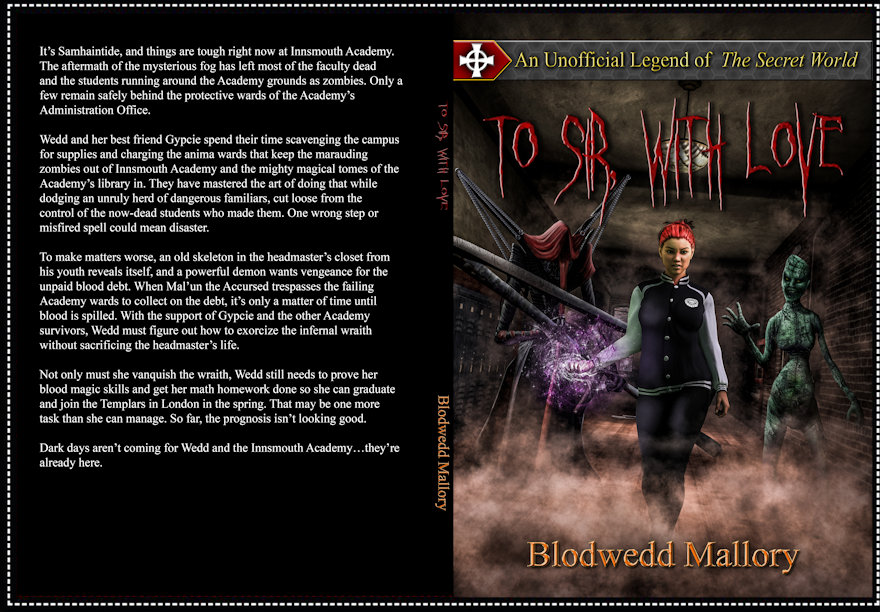 When you submit your entry in Rafflecopter below, you’ll be able to select which of the two books you’d like delivered to you should you win, that way you can benefit whether you’re just catching up on the new volume or you’re totally new to the series. Please note that because of distribution agreements, this giveaway is open only to those located in the US and EU (including the UK). Likewise, the books are available only in Kindle .mobi format (not epub), so take that into consideration given your apps and devices!

And then read on to enter to win!

For this giveaway, we’ll be using Rafflecopter to count the entries for us! You can earn entries in the giveaway by completing different steps in Rafflecopter; the question field is mandatory, but following us on Twitter, tweeting about this giveaway, and leaving a comment are optional and result in more entries. Rafflecopter uses javascript, so you’ll need to enable it to see the entry widgets below: 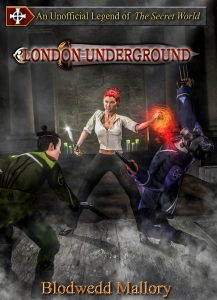 Five winners selected at random from the total of entries submitted to Rafflecopter will be contacted via email by Massively Overpowered and Blodwedd Mallory to receive a code for one of the two Kindle books described above, as noted in Rafflecopter. Entrants are subject to our official contest and giveaway rules and cheaters will be disqualified.

Entries will be accepted until the giveaway’s end on Tuesday, February 19th, at 12:00 a.m. EST (midnight Monday night). We’ll draw the winners and dispatch copies by the following Wednesday evening (EST), so make sure you’ve submitted a working email address in Rafflecopter, else we can’t send you the book.

Lost Ark’s launch has been mired in delays and issues, but it’s live now

Guild Wars 2 players are no longer seeing double in the...