Summer will see the Nuclear Winter game mode (“an entirely new way to play Fallout 76, completely changing the rules of the Wasteland”), two new vault raids (96 and 94), and a new “Legendary Players” prestige system, which is definitely going to sound familiar to MMO players:

There’s even a tease for fall for what the studio is calling its “biggest and most ambitious update” for the game dubbed Wastelanders. The word expansion isn’t expressly used, but it kinda sounds like it; you’re getting “a new main questline, new factions, new events, new features and even more surprises.”

“We know the game had a difficult launch, and we’ve made mistakes along the way,” Bethsoft says. “We share in your frustrations when we do. We’ll probably make a few more, and when we do, we will work to correct them as quickly as possible. Know that we’re fully dedicated to making this game the best it can be – and even more so, a platform for endless Fallout adventures for years to come.” 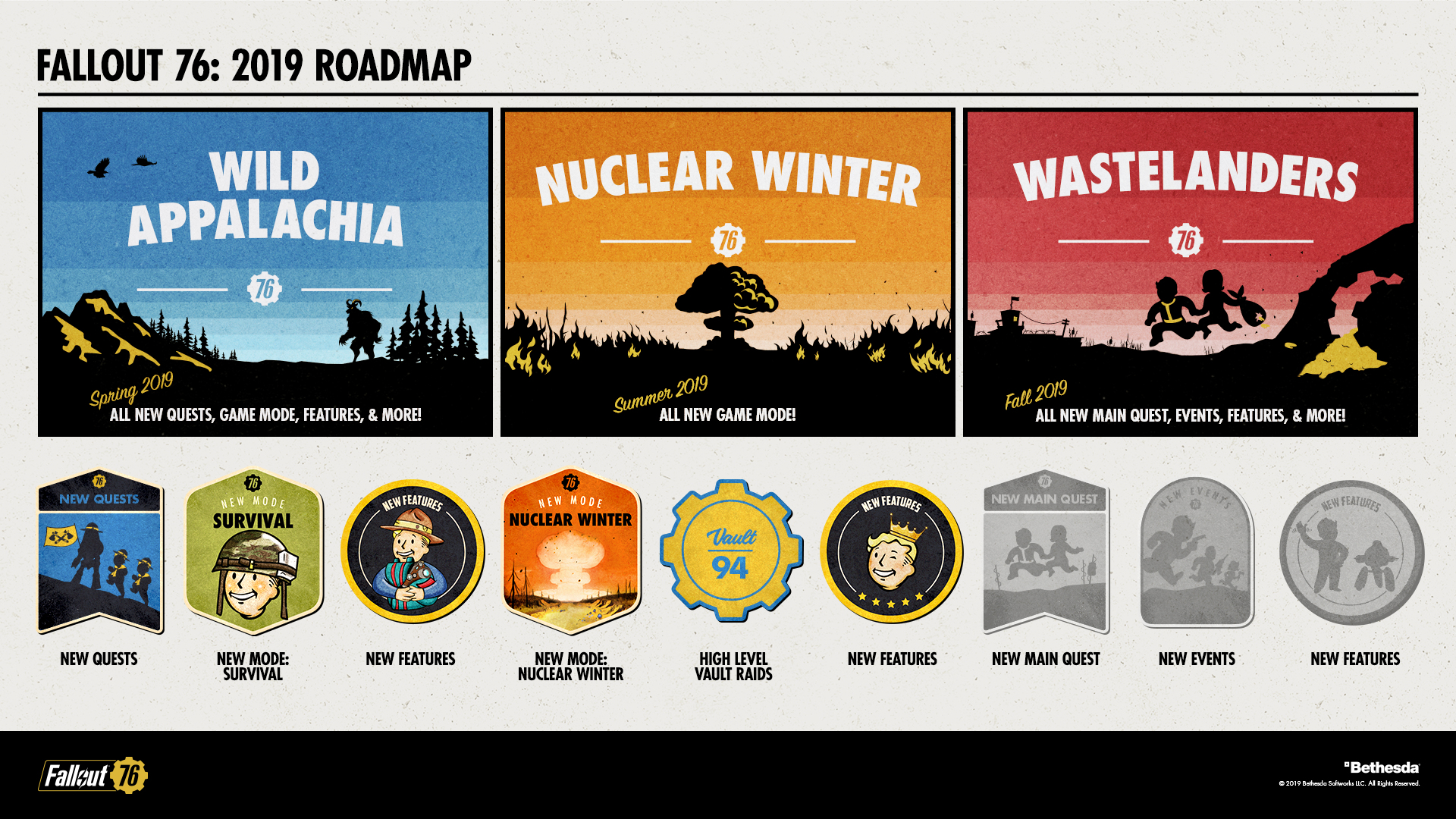 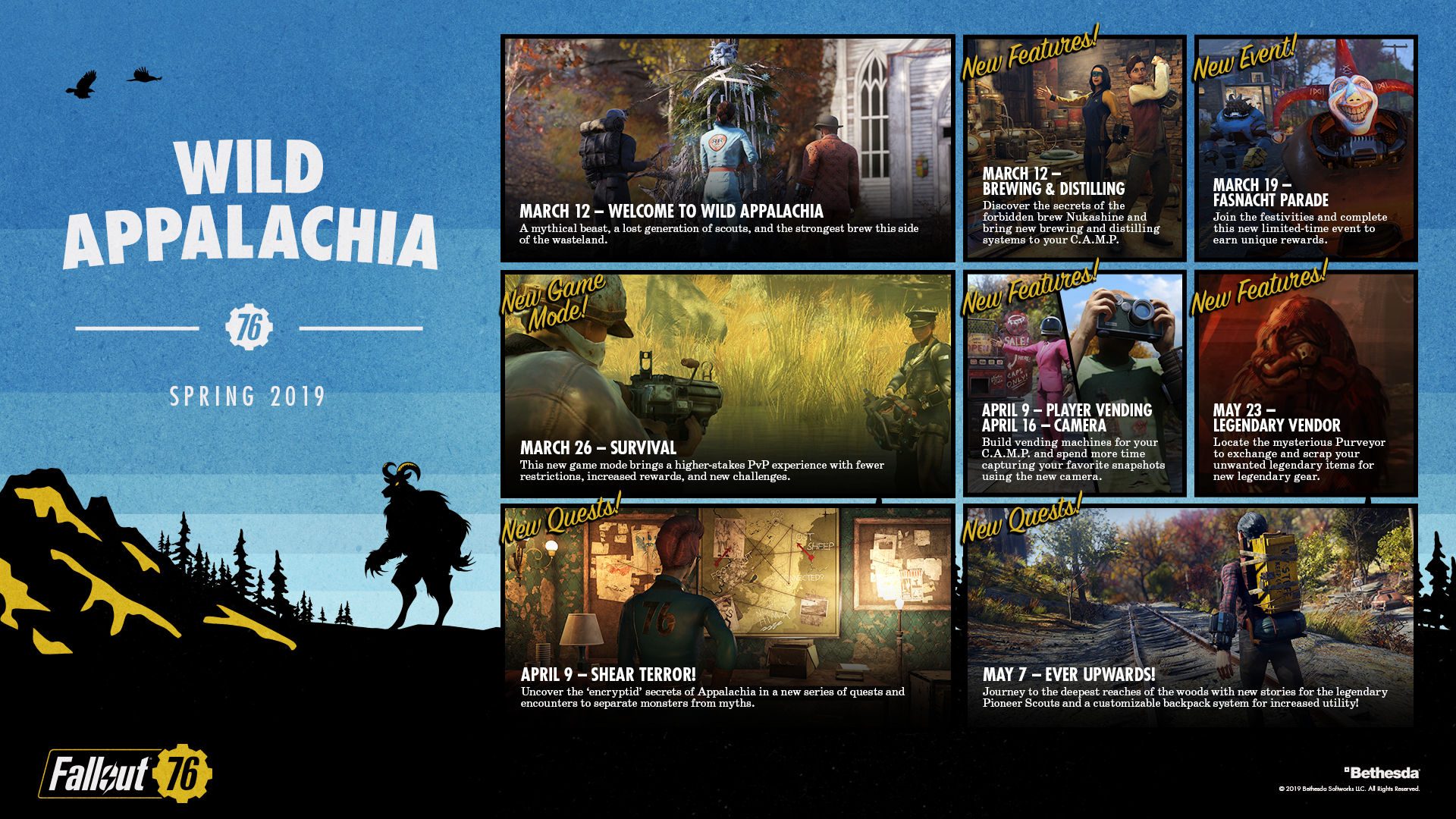