It’s been a refrain in this edition of Choose My Adventure, but I still have to say it again: I have had a blast in The Elder Scrolls Online. I guess I’m repeating myself because I feel thankful to those who voted for this game for the past month. So, thanks!

END_OF_DOCUMENT_TOKEN_TO_BE_REPLACED
This week, I decided to dip in a little more in to the Rift, the region of the game where my current in-game house is parked. What I found was the expected variety of beautiful things to look at and a pretty impressive contrast between the game’s launch storylines and its more recent releases. 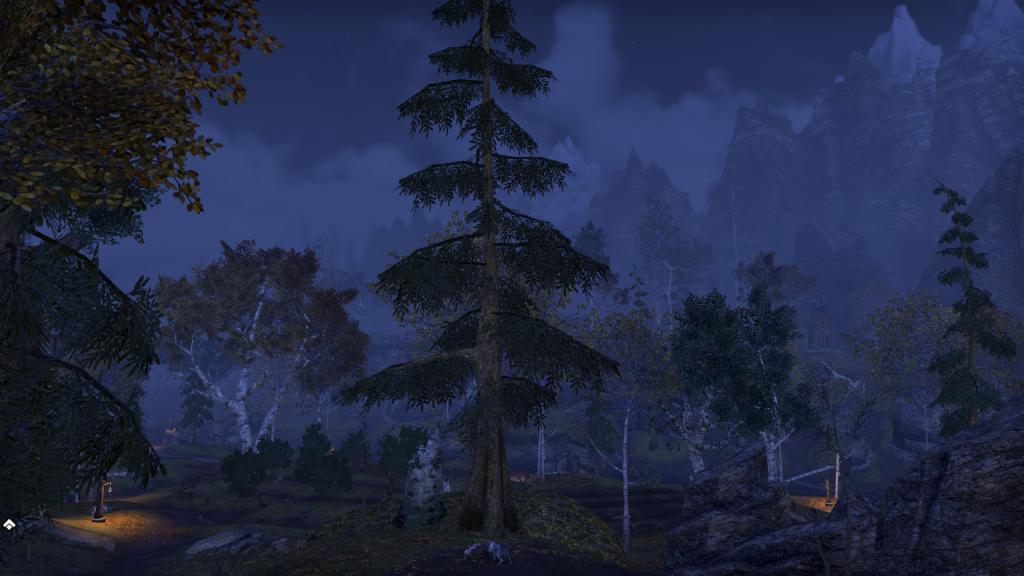 For those who are unfamiliar, this area of the game was originally a level 38-43 zone. Naturally, the One Tamriel level smoothing adjustments made that irrelevant, meaning I could get on to the business of ignoring the Coldharbor primary quest line and exploring the area.

This place is the precise kind of area I’d want to live in if I were able to live in a fantasy setting; a temperate forest near some more impressive hillsides and rock formations and full of Nord settlements and architecture. Basically, it’s the best parts of Skyrim in a zone. I don’t think I’ve taken more screenshots of pine trees and skyboxes.

As usual, left to my own devices in ESO, I wound up walking everywhere and running to practically every black arrow quest marker that appeared on my compass. The size of the zone definitely makes this a more time consuming proposition than other places I’d been, but frankly I prefer walking to mounting up. I’m not in any rush. Besides, there’s trees to look at. 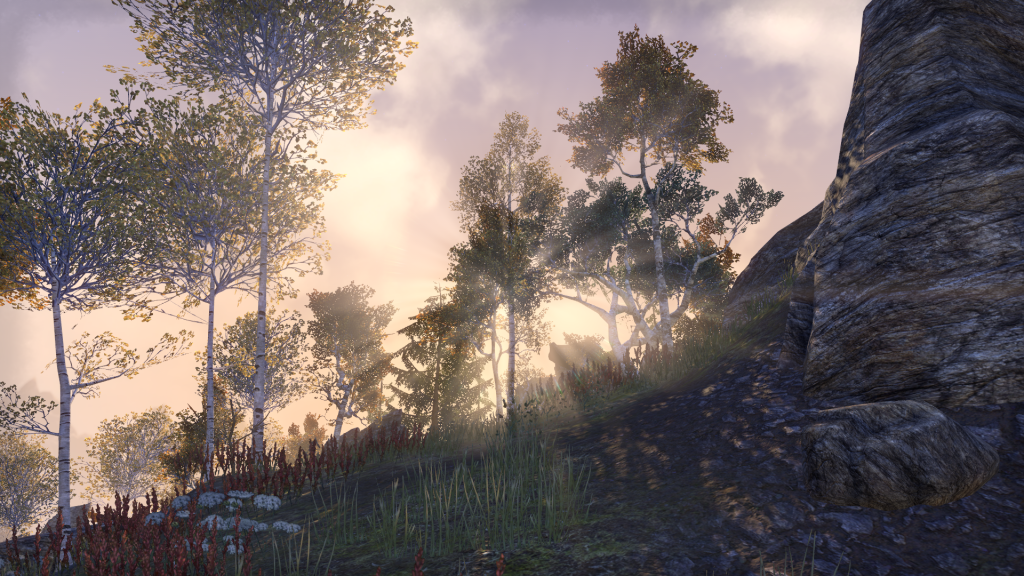 While the visual aesthetic of the Rift brought me miles of smiles, the side quests didn’t. They weren’t bad exactly, just not terribly clever. One of the first things I did was attend to a plot against a town’s leader, then there was something about a slain family’s souls being freed to head to Sovengarde. All the while there was reference to some nefarious Worm Cult that’s been causing trouble for the people of the area.

Honestly, the most interesting side quest involved a merchant and his stolen silks, which ended up with a cute little twist ending and an even better option for its resolution. Also, the initial quest giver NPC had some of the most fascinating facial hair I had ever seen on any in-game character. Seriously, look at the picture below. That stuff is sculpted. Like topiary for body hair.

Fascinating facial hair notwithstanding, though, this area really illustrated to me how far the writing seems to have come in ESO. I’m never really arriving to most MMORPGs for a Cannes Film Festival level of life-challenging narrative, but the stories that were being told in Summerset versus the ones in the Rift really felt like night and day to me. 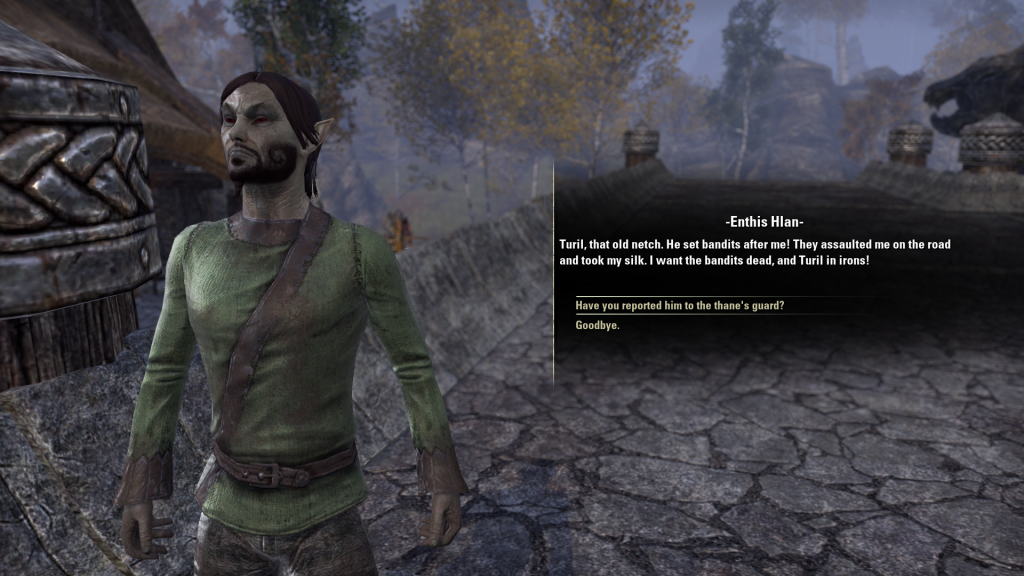 I suppose this is due to a couple of things. First off, the zone was, as I mentioned before, near the original game’s level cap, so reason would stand that maybe the storylines are becoming a bit harder to crank out by this point. I’m also, admittedly, missing a fair bit of context in terms of what’s happening here and where it all fits into the wider narrative of ESO. All I really know is that Molag Bal is doing bad stuff and your character started out as a soulless Vestige… none of which interested me.

Even with those things in mind, though, I focus more on the side quest stories as their own entities than anything else, so the somewhat vanilla flavor of the things I was doing in the Rift stood out just that much more to me. Even at its most basic, though, ESO’s brand of questing and gameplay still feels leagues better than the themepark hub stuff I’ve played in other MMORPGs.

That summarizes my overall time in the world of Tamriel, really. It is easily one of the better themepark MMOs because its themepark elements feel less forced. I’m not in a true sandbox, obviously, but I’ve got enough agency to go where I want, when I want. I’ve even stretched my limbs in my spare time in-game, creating a second character without the guidance of the Skills Advisor system. My Nightblade Werewolf might not be the most potent character in the wider meta, but damn if he isn’t fun. 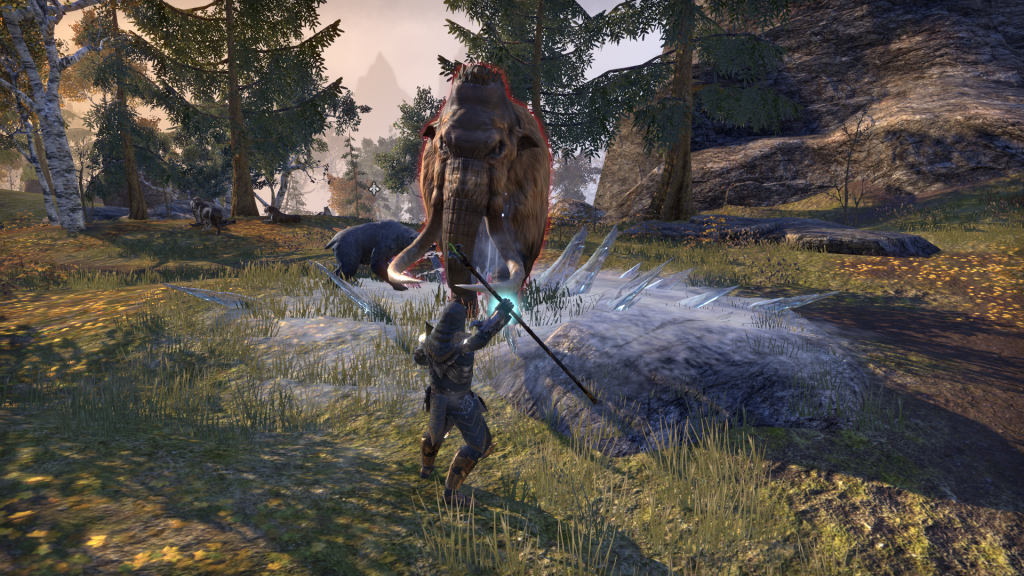 Maybe some sunny day I’ll find the PvE sandbox MMORPG that takes these things that The Elder Scrolls Online has built and enhance them into a “real” sandbox game. Or maybe (and more likely) I’ll just keep my subscription to this one locked in and enjoy what I’m doing now. Regardless, this round of CMA and this return to ESO have been a real treat.

On the subject of “real sandbox games,” it’s time to move on to our next title! You no doubt noticed from last week’s poll options that there was a lack of choice in where I was going next. That’s because I elected to take the reigns for next month and head to a game I’ve always been curious about: Legends of Aria.

I’ve been exposed to this sandbox MMORPG a couple of times over the years, mostly by stopping in to the game’s booth at several PAX East events. Each time I’ve been intrigued to see what this game holds, but for one reason or another I never took the chance to hop in. Until this column, of course!

Being a sandbox, there’s a whole lot more open to me in terms of character type at first blush, which could lead to lots of interesting polling potential. At character creation, however, I’ve got a few options open to me. So here’s the inaugural vote for next month’s activity, and it’s a big one since it may well steer what I do in-game for the rest of the time:

What build should I start off with in Legends of Aria? 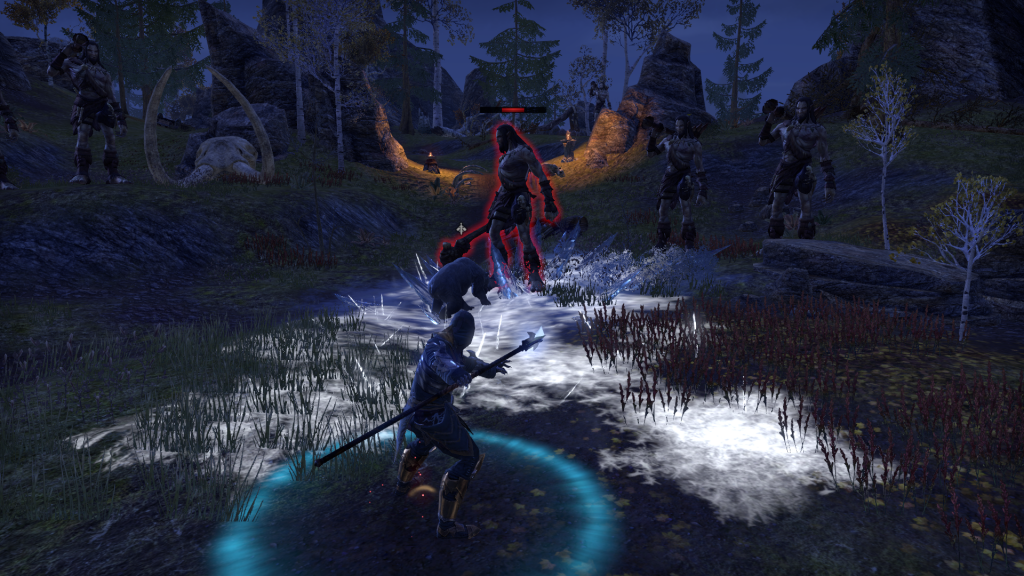 Polling will once more wrap up at 1:00 p.m. EST this coming Friday, March 1st. I’ll be looking forward to where this all leads, but if anyone reading has a Legends of Aria guild they’d like to offer a complete and utter noob, I’m more than willing to pop in and say hello. Until then, it’s going to be werewolf time in Tamriel.