Since the first time EVE Online developer CCP Games showed off its VR dogfighter EVE:Valkyrie, players have dreamed of having the directly controlled fighters fighting alongside massive ships in the real political wars of EVE Online. PvP battles in EVE Online can reach unparalleled scale thanks to its supercomputer server and a feature called Time Dilation that slows the game down under heavy load, earning the game the Guinness World Record for largest PvP battle for January 2018’s 6142-player Siege of 9-4.

END_OF_DOCUMENT_TOKEN_TO_BE_REPLACED
Now it seems that CCP Games is experimenting with pushing the limits of current scalable server technology to bring the massive scale of EVE Online to a new arena. In partnership with Hadean and its Aether simulation engine, CCP Games is due to show off a new EVE: Aether Wars tech demo at GDC. Hadean originally announced this 10,000 player battle test in January, and since then has been working with CCP Games to use EVE Online‘s assets in the demo.

Aether Engine is powered by Microsoft Azure and designed for creating incredibly large-scale cloud-native game applications, and CCP will be using it in future to explore large scale simulation in its current and future games. Players can sign up now to be part of the 10,000 pilot test that will take place during GDC. While this is just a tech demo and may be used only for simulation purposes, it could also serve as a technology platform for future projects by CCP Games. 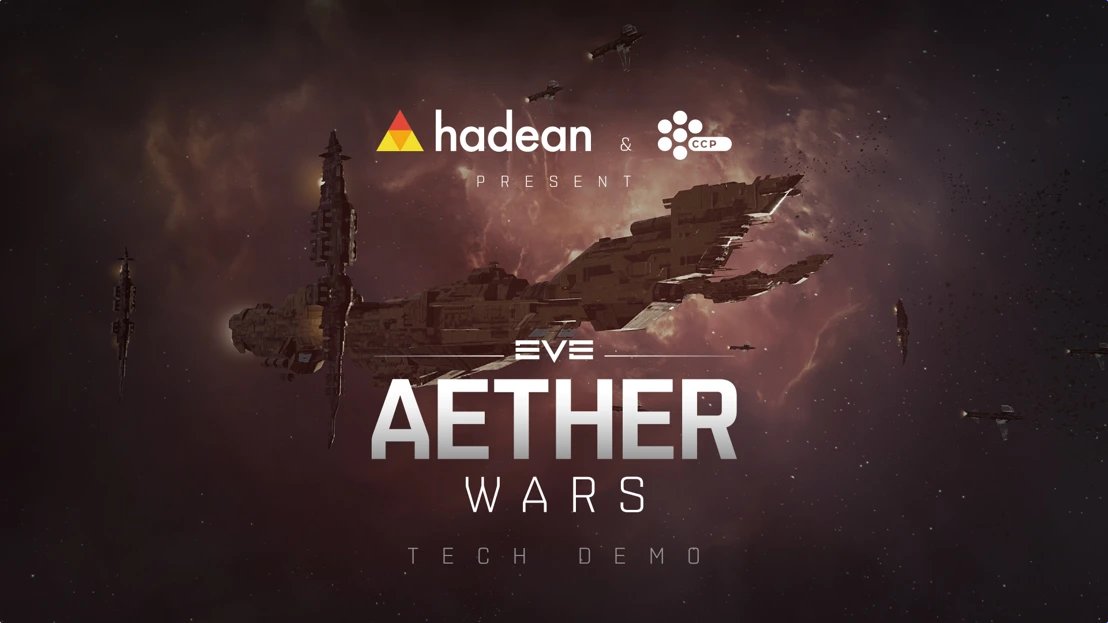 This is uniquely cool. Leave it to EVE to out-nerd and out-perform the competition. These guys are like a pocket-protector version of Chuck Yeager.

Pikko Server, are you?

So I’m a bit unclear – is this going to be a streaming client with everything happening on Azure? Or will this simply be hosted on Azure with them handling most of the “heavy lifting” but players still playing on native clients.

Glad this is a tech demo and not a big investment in new games/tech, after their VR initiative seems to have faceplanted hard they need to be a bit more conservative with things.

Either way I’m intrigued and looking forward to what they’ll show off. Do we know if they’ll be giving a talk about this during the show? Because if so I’ll totally bookmark that to watch when this years talks go free.

I’d imagine its about having a scaling server system that is able to support 10k players at once. They’re not the first to try something like that on azure, Age of ascent already does something like that. Even attempted to break the Guinness book of record number for biggest pvp battle alas they never managed to attract the numbers. It must be dishearting that the reason you fail such a record attempt is because you dont get enough players rather then your technology not living up to expectations! Also it was my only shot at making a world record at something so double bummer :)

We don’t exactly know all the details yet, but I believe it’s just using azure on the server side and the clients are running locally on people’s PCs rather than streaming. EVE is uniquely suited for this kind of setup, the original client was little more than a UI and renderer and even today all the physics etc is done server-side, much more than is usually done on the server.

I’m quite encouraged that they’re still able to experiment under Pearl Abyss, I was afraid that we wouldn’t see anything big out of CCP again as I can see the business strategy and communication are starting to normalise into “big company” mode, for want of a better way to describe it.

There will be a panel from CCP at GDC and this is sure to feature heavily as the battle itself is taking place at GDC.

Also they clearly implied they may use that tech on EVE too in the future, which makes sense wanting to test it on lots players scenarios

I think the most exciting part of this was a statement by Hilmar that the record-breaking battle was the final nail in the coffin for EVE’s current tech. That’s a huge thing for the former CFO who championed that tech to admit, so it’s entirely possible that we could see this technology rolled out in EVE at some point in the future. I’m imagining 5,000 player fights without time dilation.

Of course it could just end up being used in a new project or in simulation for testing purposes, but either way it’s impressive.

Yea, that’s what I instantly thought – CCP is testing a new BR game ;-)