The downside of Star Trek Online’s new roadmap is that it is not overburdened with elaborate details about the content that’s coming to the game over the next few months. But that’s about the only thing that’s wrong with it because it should provide curious fans with plenty of information about the game’s update plans through April, May, June, and July. The July plans are the most predictable, since pretty much everyone would have expected the festival on Risa to return.

END_OF_DOCUMENT_TOKEN_TO_BE_REPLACED
May, however, will see a major update to the game allowing starships to level along with player characters, along with bringing bringing Peril over Pahvo to console players. There’s also an event allowing you to earn microtransaction currency in the game through play in June, which should be a real boon for fans. Check out the full roadmap if you want to get an overview of what the game will be offering players for the next few months, even if you’ll need to wait for more precise information. 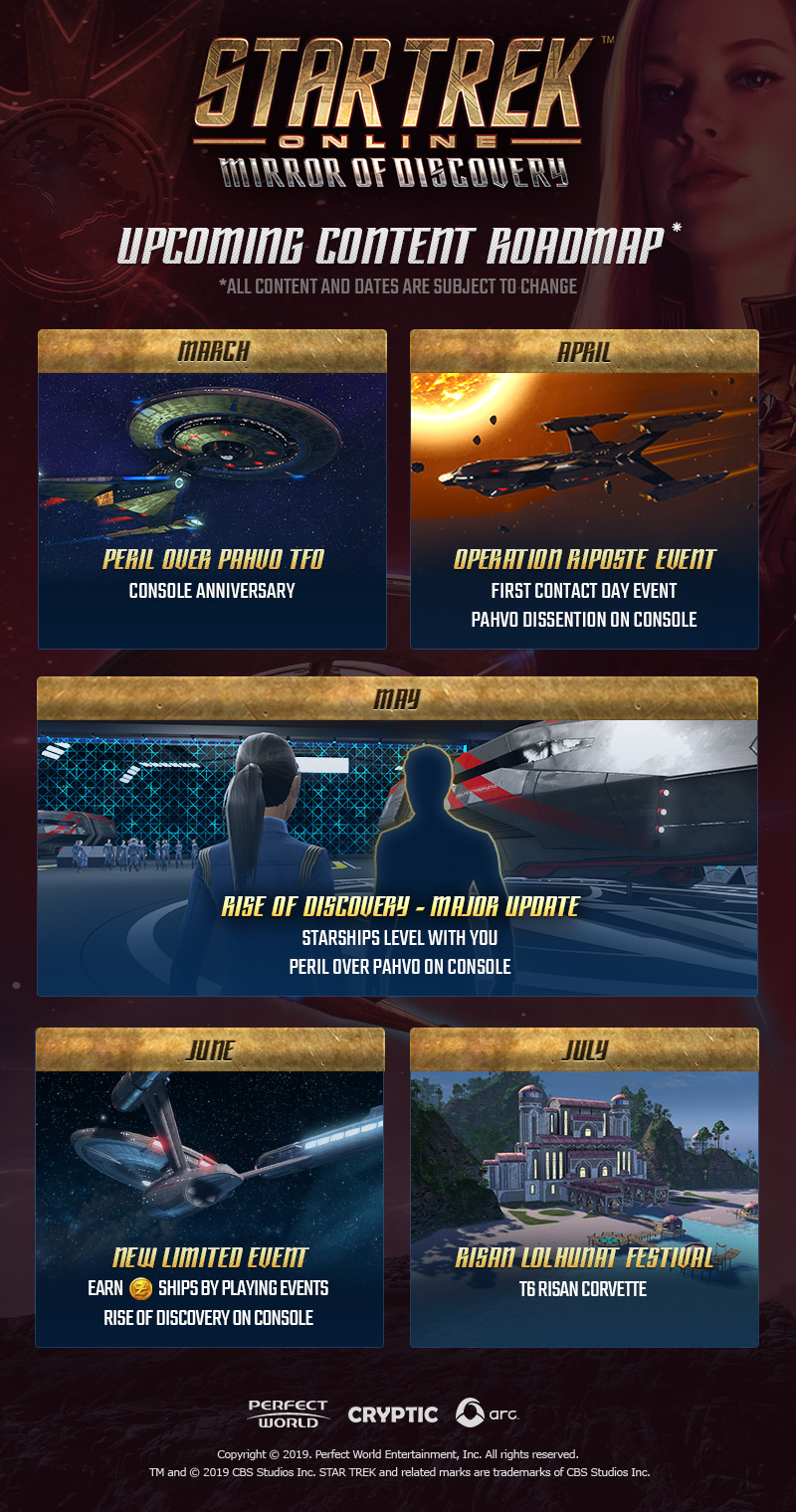 Source: Official Site; thanks to Panagiotis for the tip!
Advertisement

They had a twitch stream about it today too

I don’t get the ships upgrade with you. It makes no sense as how the ships can do this as they are tier based. Is a tier 5 ship going to be better at lvl 65? And if so will tier 6 ships be a lot better at 65. How will this work?

only tier 6 ships will level with you.

Given how most tier 6 ships are reskins of older lower tier ships made into tier 6 so people can use them in endgame, it is a step in the right direction. They already got ships that can level with us, not many since they release just a few after discovery kicked in so I am guessing they will take the same “blueprint”

They certainly have my attention

Oooh, the Risan Corvette is coming back but as T6.