Happy birthday! Warframe commemorated its sixth anniversary this week (or last week, depending on which date you go by), and that means it’s time for an anniversary retrospective! Usually my these retrospectives focus on only the previous year; however, since we’ve only just launched Warframe of Mind, this first one will be look at Warframe’s whole life. We celebrate the journey of Digital Extremes’ epic Space Ninja title into what it is today.

END_OF_DOCUMENT_TOKEN_TO_BE_REPLACED
And what is it today? A super fun space shooter that has even me gleefully making headshots and blasting my foes to smithereens!

History in the making

While delving into the origins of Warframe, I discovered a deeper history than what I knew. The new tidbits I learned were both fascinating and fleshed out the timeline of development better. I discovered that Warframe actually comes from Digital Extremes’ bounty hunter and assassin-filled Dark Sector, announced back in 2000 but not brought to life until 2008 because no one wanted to publish it. Apparently no one wanted the dark sci-fi setting and pushed to have other, more modern settings. 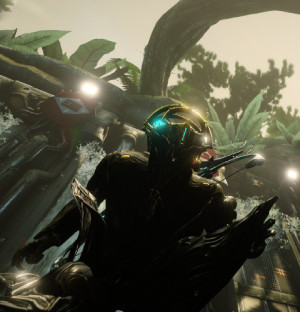 In 2004 Dark Sector was revised to a single-player experience where you played as a new race, Tenno, in high-tech suits. (That sounds familiar, doesn’t it?) Still, no publishers were especially fond of the sci-fi setting, so DE explored others. The setting ultimately settled upon was a survivor horror approach. In the end, the studio needed to develop its own engine and self-publish, which it did. Much might have changed, but one thing remained the same: Tenno.

Out of that history was born Warframe. Its initial formation was apparently at the beginning of 2012, and Digital Extremes took a prototype to GDC 2012. Unfortunately, reception there was apparently still cold as no publishers wanted on board. The reasons the studio was given according to Wikipedia include Western publishers disliking the sci-fi setting (still?!), a Korean publisher predicting failure because Western developers don’t know how to do free-to-play, and this gem: the concern that Warframe focused on PvE gameplay instead of PvP as most other F2P titles did.

Shows what they knew!

Not to be dissuaded, DE announced its game in summer or 2012, and a closed beta began that fall. The soft-launch open beta happened March 18th, 2013, but the Steam launch — when more of the world was introduced to the game — was on March 25th, 2013. (You decide which one you will call the launch since we know that the game never “officially” will!) And thus, Warframe was born.

The secret of success

Looking back, it’s hard to not see Warframe as quite a success, even if it was snubbed by big publishers. Personally, I think that was probably best! Because of self-publishing, Digital Extremes gets to do what it wants for the game and what it thinks is best for it without being beholden to others. And what devs learned early on was that listening to their players was going to be key to success, unlike titles that still listen more to suits and shareholders.

This precedent started early in beta when players were very unhappy about a pay-to-win element involving purchasing an item to expand the warframes’ skill trees. This and other pay-to-win elements were then stripped out, and DE moved to offering founders packs and such instead. Later, in 2015, instead of completely removing the game-breaking movements players had discovered, devs created a new movement system dubbed Parkour 2.0 to allow players to utilize those space-ninja movements they enjoyed. Additionally. players demonstrated that they did not like randomness in their purchase at all, even disliking paying a small amount to get a random color for customization. Instead, there are no loot boxes or any other random elements; when you’re buying stuff in Warframe, what you see is what you get. 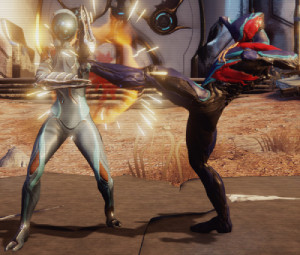 So what do players get? Expansions to story, regular new warframes and weapons, and plenty of cosmetics like color palettes and skins (including ones created by players through the TennoGen program). Major new systems and gameplay are also introduced, from open world areas to fishing to animal trapping. There is even a Mortal Kombat-inspired minigame called Frame Fighter. The scope of the game keeps expanding, and fans are loving it.

Speaking of fans, Digital Extremes started getting up close and personal with them when it hosted its first ever TennoCon in 2016. It wasn’t an elaborate affair, and devs were worried about how it would all turn out, but they needn’t have. The event was a huge success and folks were already looking forward to the next one. Then, TennoCon 2017 came along and blew the first one right out of the water with its expanded offerings and major reveals. How would DE top that year? The challenge was accepted, and conquered: TennoCon 2018 built upon the success of the previous ones and soared so high (into space and onto the Switch) I have no idea how they will equal it this year, but I — like many fans — look forward to TennoCon 2019 with great anticipation. Fun fact: The robotic companions mentioned at the first TennoCon were finally announced at the latest one and launched in Fortuna!

Boy, haven’t we wanted to have more studios listen to what their players actually want? And here is a game doing just that, and in doing so growing in popularity so much that it is able to keep putting out bigger and bigger expansions and host its own fan convention. Any other studios taking note here?

Expanding: The story must go on

Although not every expansion has extensive cinematic storylines, the stories are a big part of the growth of Warframe. I am pretty far behind personally (but so excited to catch up!), so I can’t delve into what the stories are because everyone has been pretty great about keeping most spoilers away for those who haven’t experienced it all yet. However, I can tell you that every Warframe player I speak to gets pretty excited about the story and encourages me to get to it ASAP! And I need to hurry because each year has a big new expansion, and I don’t want to be left behind this time. 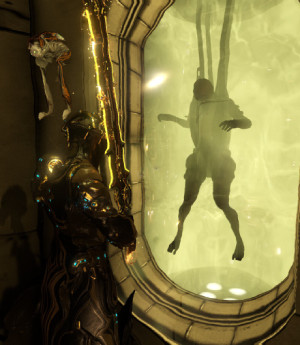 And that’s not even the last of it. We know that Railjack, with ship-to-ship battles and boarding parties, is still on its way. What else could be? We are sure to learn more at TennoCon 2019 this July.

And if that isn’t enough, you can get free items for Warfrmae’s sixth birthday. Get a glimpse of the presents in the anniversary gift video.

I reckon you nailed it in the “secret of success” section – listening to players instead of shareholders, and trying to be as ethical as possible with the microtranscations. There is still one area where people gamble with purchases (random mod packs), but DE said in a recent devstream that they’re now working on phasing those out and replacing them with themed mod packs instead.

Only started playing myself a couple of years ago, but here’s hoping for at least another 6 years :)

For anyone who wants to know more about the game’s history, I recommend the excellent two-part documentary by NoClip – part 1 is mostly about the history of the studio from its beginnings (the founder got his first game published in the early 90s) through Dark Sector to trying to shop around the Warframe concept, part 2 is about Warframe over the past 6-7 years:

This game has come an incredibly long way!

Free to play triple AAA games don’t exist, yet here it is!

The Daily Grind: How do you like to take on new...