Here at Massively Overpowered, we’re always doing our best to make use of our staff’s particular talents. We make sure to have Justin saying words that he can’t pronounce, we’ve got MJ trying new things that she can greet with enthusiasm, and we have Eliot feeling sad most of the time. But we also have an impressive set of coding features that before now has been largely invisible, humming along in the background. Today, it’s time to start rolling out some new features to make the site really load-intensive and possibly more feature-rich.

By some standards, anyhow. Let’s go through the big changes in patch note list format! 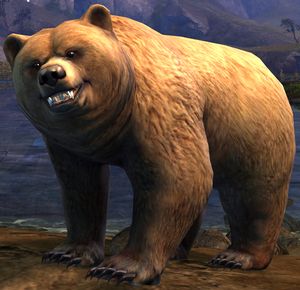 When you are a Bear of Very Little brain, and you Think Things, you find sometimes that a Thing which seemed very Thingish inside you is quite different when it gets out into the open and has other people looking at it.” —Winnie-the-Pooh

I am so dumb I’ve been sitting here all like who the hell is April OH-neth?

Hi, I think this patch accidently banned me for having a 3rd party website on another tab. Can you unban me please?

I know that song; Scarbearough Fair, played in the key of Ursa minor, Dorian mode.

It’s a bearrage of missiles.

You don’t panda around!

When are we going to fix Justin’s annunciation of the word “latency”?

I see all these patch notes and just keep thinking “Where does MOP spend all those dollars I give them every month!?”

It needs to learn from past tragedies like GameSpy. Game journalists and tech is a recipe for disaster.

If we can’t see this on PTR soon, I’m going to unsub! My guild has already ragequit over this.

(Happy April Fools, MOP. And yes, the annunciation is on purpose. It’s funny!).

I’m glad i wasn’t drinking tea when i saw this, i already have one broken cup in the morning, i don’t want to splash the monitor with more tea :-D

Something here seems amiss. It’s almost as if I get the sense that something’s wrong, but the feeling is bearly there. Strange.