Welcome back to another edition of the MMO Business Roundup, random bits of industry news that are interesting but probably not worth their own post, let’s be honest.

So we’ll start with Britain’s Prince Harry, who is apparently on a tear to show how out-of-touch he is. At a mental health event where he was rightly “smashing the stigma that surrounds mental health,” he also lit into Fortnite and social media, singling out the game as bad for children and in need of a ban.

Gamigo’s ambitions apparently don’t stop with its buy-up of Trion Worlds last year: Yesterday the company announced it has bought out WildTangent, a games publisher that is probably best known for that annoying games program stashed on your new Dell or HP computer. The exact amount isn’t disclosed; the press release puts it in the “mid-single-digit million US dollar range,” and the company says it’d “expected to contribute to revenues with a mid-single-digit million US dollar amount in the current financial year and to positively contribute to the gamigo group’s EBITDA from the date of acquisition.”

A bit of good news: Niko (via Gamasutra) reports that nearly 1000 video games have been approved in China since the 2018 freeze was lifted. While Q1 2019 saw fewer games making their way through the bureaucracy than Q1 2018, that’s apparently because China is blocking specific genres of games – including poker and mah-jong, i.e., gambling games. The downside is almost all of those approved are from studios in China, so games like Fortnite from overseas companies are still on hold.

Finally, Variety (via PC Gamer) highlighted psychologist Andrew Przybylski’s GDC talk in March in which he asserts out that the ESA’s self-serving, unscientific response to the World Health Organization’s move to recognize “gaming disorder” last year caused a “circle the wagons moment” for the UN committee. Instead, he argues, the ESA should be encouraging far more proactivity and transparency from its member corporations in order to deflect what even he characterizes as “garbage” research on the topic. Here’s Variety quoting Przybylski.

“So now they’re much more convinced that they were right the whole time and you’re all evil,’ he told the room of game developers. ‘I would have warned you not to do this. […] My piece of advice here is I think you probably all should consider bracing for impact.”

He actually served his country, in Afghanistan…

I’ll take the prince’s expert advice on inbreeding and fleecing a people for centuries – not much else.

I’m not betting anything on Prince Harry being able to defeat Fortnite.

I thought Mr. Harry was moving beyond the upper class twit curse that plagues families of absurd privilege. Little does he appear to realize that many with mental health issues have found solace, comfort and even therapy within playing games. Of course, I am speaking of a larger segment of gamers who live out balanced lives with those games and/or haven’t fallen prey to wing nut ideology of the gomer community. Either way, his Highness should really research this before opening his mouth on this again.

I am also open that he really doesn’t like Fortnite. Fair enough! Neither do I really. But in no way should he be equating this to mental health issues. That’s just being cluelessly ignorant and in really bad form, IMO. /le sigh

Harry is literally the red-headed step child of the royal family but he may be onto something. His words are aimed at children rather than all gamers; games that are too addictive tend to make children more anti-social and even give them behavioral problems. When I visited a friend for a BBQ the other day, her son literally spent the entire (sunny) day indoors playing fortnite, which given his age is quite troubling, and I highly doubt this is an isolated case. Children need to balance their time with their friends, family and outdoors as much as indoors to best prepare them for the future; being indoors and isolated constantly almost inevitably leads to social awkwardness, a poor physique and various other physical and mental problems. I understand that some games can be therapeutic for people dealing with depression and other conditions but I doubt fortnite is one of them.

Anyway I would say that it is as much the parents responsibility as it is the game’s, but I would not shed a single tear if fortnite was banned lol.

Absolutely true. I limit my kids’ time with the tablet and PC for this very reason. Heck the TV is off most of the day on my days off to boot. Whenever I do let them play a game on a device (not Fortnite), I absolutely notice a negative change in their attention and attitudes.

He’s not onto anything he thinks the solutions is outright banning games. It’s clutching pearls at best.

I guess he’s pissed since even Fortnite is way more useful than the royal family.

I liked Przybylski better when he was on The Wire.

If I recall correctly, at one point Prince Harry was urging kids to play Minecraft instead lol.

Prince Harry might have said it wrongly, but he might have a point. Social media is addictive (well, calling games social medias is imprecise, but an MMO is surely “social”) if the person using it is not 100% conscious of what he does.
Some business practices – like lootboxes which we all hate – are in fact an exact way of exploiting such addiction.

Yeah though last I checked Fortnite BR doesn’t use lootboxes, it’s just Save the World that does.

Actually, reading the entire linked article, I don’t think he was wrong at all!

So your saying he’s been diagnosed with reefer madness then? o.O

According to Metro, Prince Harry said social media is more addictive than drugs. Despite all the possible editorializing, I think it’s something stupid to say in public anyway.

“I would have warned you not to do this” LOL. 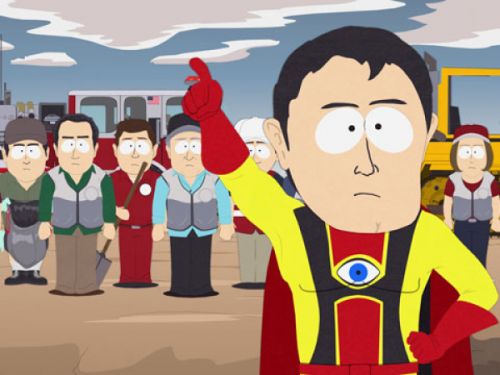 The Daily Grind: What does a new MMO have to do to get your attention?

The Daily Grind: What does a new MMO have to do...