Note: We’ll be updating this piece at the end with the latest, and we’ve also put out a second piece here with NantG’s statement.

It sounds as if Z1 Battle Royale might be in big trouble today. Multiple developers on the PC version of the game formerly known as H1Z1 seem to be out of work, we’re presuming ahead of a major announcement regarding the game. It’s not currently clear whether the game is shutting down or we’re looking at some sort of restructure of the staff. 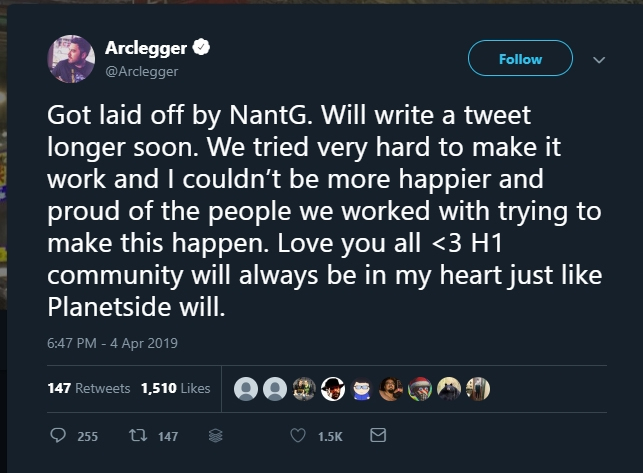 Other former developers on the game have dropped the game from their Twitter bios.

Just last month, the game saw a major patch that was essentially an homage to the old-school game. It also promised negotiations were continuing on the fate of Just Survive, which sunsetted last year. However, the game also saw the departure of Jace Hall just a few weeks ago; he’d been brought on as the project lead to rescue the game. The characterization of his role and its abrupt end was always bizarre, and on his way out, Daybreak said he’d not been paid for his work. And then last week, the company said it was “currently in planning mode discussing many things” and that it would deliver more info Tuesday. (It did not, save to briefly announce it was removing ranked pro.) That’s all in addition to the collapse of the game’s professional esports league and wild accusations of financial mismanagement from last fall.

We have no reason right now to believe that any other Daybreak/NantG games, including the PS4 version of H1Z1, are affected.

We’ll update when we know more, but in the meantime, our condolences to the rank-and-file devs and players affected by whatever this situaton turns out to be.