Just because Path of Exile is more than five years old doesn’t mean the influx of new players has dwindled. In fact, for quite a few leagues now the player base and participation has continued to grow with each new launch. Some are returning players, sure, but thanks to the very nature of leagues, PoE is primed for new players to jump in; everyone is starting over when a new league begins. And I’ve already met a number of new players just getting going!

END_OF_DOCUMENT_TOKEN_TO_BE_REPLACED
On the surface, PoE isn’t difficult to just pick up and play at all (just do not psych yourself out like I first did by looking at the skill tree too soon!). If you are used to MMOARPGs, you may feel pretty comfortable with all the basics of the game. Folks unfamiliar with the genre may need a a few more hints to get settled, but it is still pretty straightforward. That does not, however, mean the game is shallow by any means: There are many depths of complexity available that experienced players can dig deep into.

That said, that’s not my focus here. Today starts a series of getting-started guides to help those folks who are either new to the game or just looking into it. Path of Exile is a fun game definitely worth checking out, even if you don’t want to devote all your gaming time to it and don’t have/want to spend hours upon hours researching all the ins and outs. (Save that for later when you get the urge to deep-dive the complexities more!).

Where’s the best place to start? At the beginning. Here’s a guide to PoE classes.

Class does not dictate skills

Before we even mention the classes, I need to make one thing perfectly clear: Nothing about a class dictates what skills you will have or even what weapons you can use or armor you can wear! Because skills come from gems added into gear, any class can make any build it darn well wants to. Also, every piece of gear in game is equippable by anyone (that includes after you have already used a piece and now want to pass it along). If you want to be an atypical archer that only wields swords or an atypical caster that bludgeons mobs with a giant hammer instead, go for it. If you think it, you can build it; it may take a while, but you can.

However, due to the design of the skill… web, let’s call it a web… some types of gameplay are easier to pair with certain classes by design. For example, the Witch, who typically casts, has passive skill lines spreading out that focus on casting speed, intelligence, and spell damage, while the Marauder, known more as a melee-monger, has strength, melee attack speed, and armor. Each class just has easier access to its standard core attribute/s: dexterity, intelligence, or strength. Skill gems are also split along these attributes. Gear type is slanted toward specific classes (or playstyles) as well, but we’ll cover those more in a later guides. Which class you start with also dictates which weapon, gem, and support gem you are given in the intro area to start your adventures. 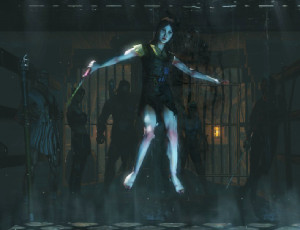 When you start the game, you have the choice of six classes. (Once you have played one class through to the end of Act III, you open up the seventh class, the multi-purpose Scion, which will be available from then on out). Think of it, however, more as which avatar you really want: Beginning classes are gender locked with only a single model and no customization. Three of the starting classes are slanted toward one core attribute while the other three are hybrids of two attributes. Only the Scion has equal access to all attributes.

Here’s a general overview of each class to help get you started. For full base stat information, follow the links to the official site.

Shadow
A dexterity/intelligence hybrid that prefers pairing fast weapons (like daggers) with evasion and/or setting magical traps and mines. Armor preferences include jackets, spiked shields, and other dex-based items. Male.

Templar
An intelligence/strength hybrid comfortable using a shield (as protection or a weapon) as well as magical abilities. Tank-like enough to be on the front lines. Chainmail and kite shields are suited to this class. Male.

*Scion
A blank slate with equal access to all skill lines and attributes. Has closer skill route to explore and mix playstyles, but can dilute specialization much faster. Preferred gear depends on which skill direction taken. Female.

One thing that is set in stone when you pick a beginning class is which Ascendancy classes are available to you later in the game. If you want to aim for a specific playstyle and gain access to the skill tree of a specific Ascendancy class, you will have to pick its corresponding base class. While we’ll cover these advanced classes in depth later, here is an overview.

Duelist
Champion: A combination of support and defense, can tank using buffs and debuffs
Gladiator: A supped-up Duelist, focuses on bleeds, blocking, and frenzy
Slayer: Focuses on power and sustainability, using life leech and stuns

Marauder
Berserker: Focused on fast battle, gains its power when killing and being hit
Chieftain: Focuses on fire damage and totems
Juggernaut: Focuses on defense and physical damage reduction

Shadow
Assassin: Focuses on offense and critical strikes
Saboteur: Focuses on traps and mines
Trickster: Focuses on getting in and out fast and using DoTs like poison

Templar
Guardian: A combination of tank and support with passives that enhance and protect
Hierophant: Focuses on damage and defenses using spells, totems, and brands
Inquisitor: Focuses on elemental damage