Toy Clown found the unlikely end to these musically inclined teens in Elder Scrolls Online: “The explorer in me loves looking into nooks, crannies and treetops for little scenes like this one.”

R.I.P., Fred and Wilma. You may have been fourth chair musicians, but you were first in our hearts. 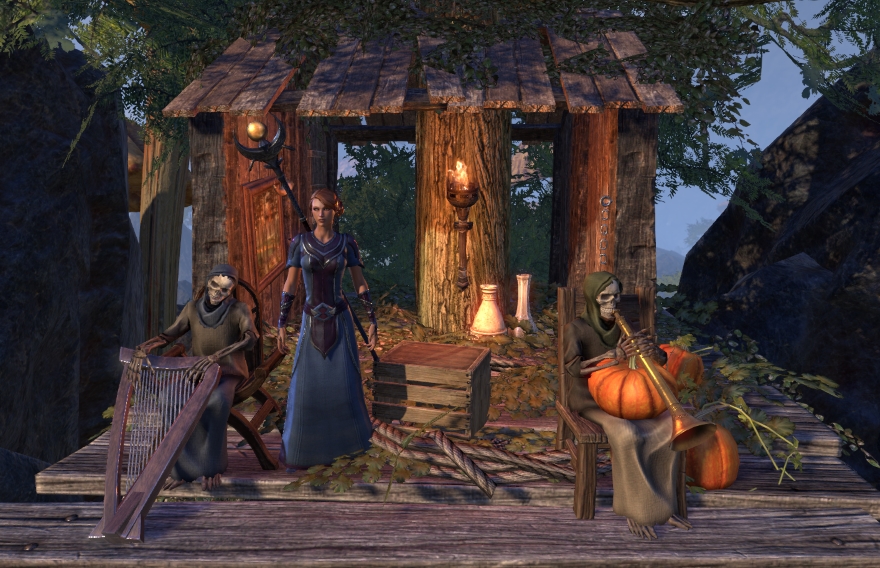 Everyone in Star Citizen’s alpha seems to be going gaga for these futuristic cityscapes, and I can see why. They are incredibly striking and beg for an extended exploration of their many virtual nooks and crannies.

Natalyia took this shot from the 3.5 test build, calling it “pretty.” I like how the sunrise is just about to dawn on this metropolis, as it lends a touch of realism that, for a second, makes me think that this actually exists. 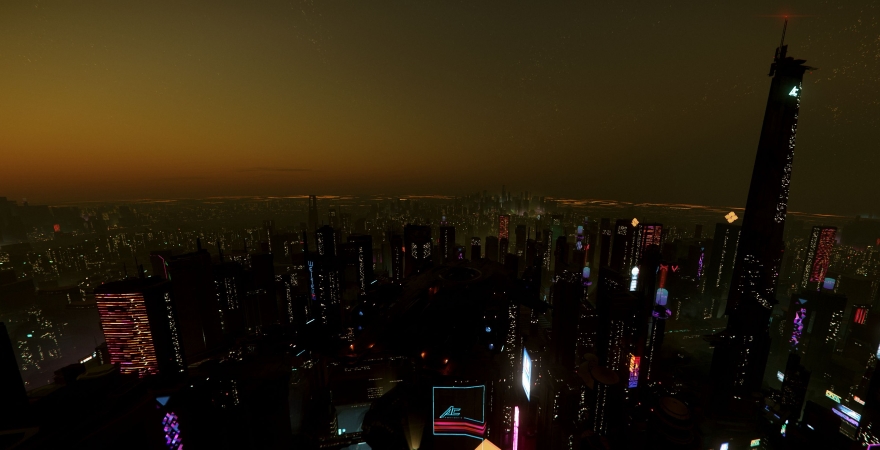 Over in Second Life, reader Fervor Bliss is having way too much fun creating stylish hairdos for her avatars. I went with this one, because she looks nuevo 80s in her fashion. Course, if that was me, I’d be incredibly annoyed to have hair dangling in front of my eyes all the time. How do you girls do it? 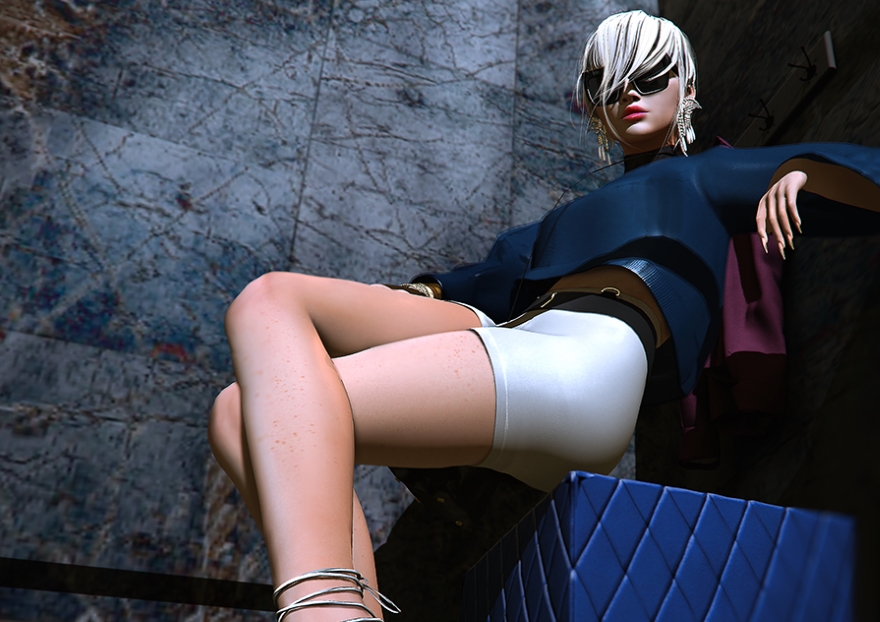 “I almost cried when I went to Guild Wars 2’s Super Adventure Box,” posted Minimalistway. “It’s a nostalgia heaven that reminds me of old Sega games. For first-time players, SAB itself is the best reward.” 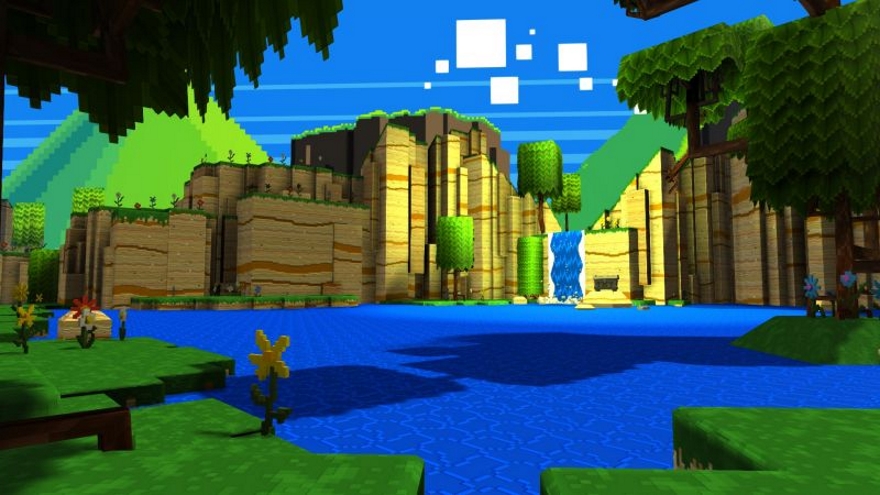 In other words, never underestimate Final Fantasy XIV’s smallest race. The Lalafel know they’ve been mocked and belittled — and they’re coming after your kneecaps in revenge. 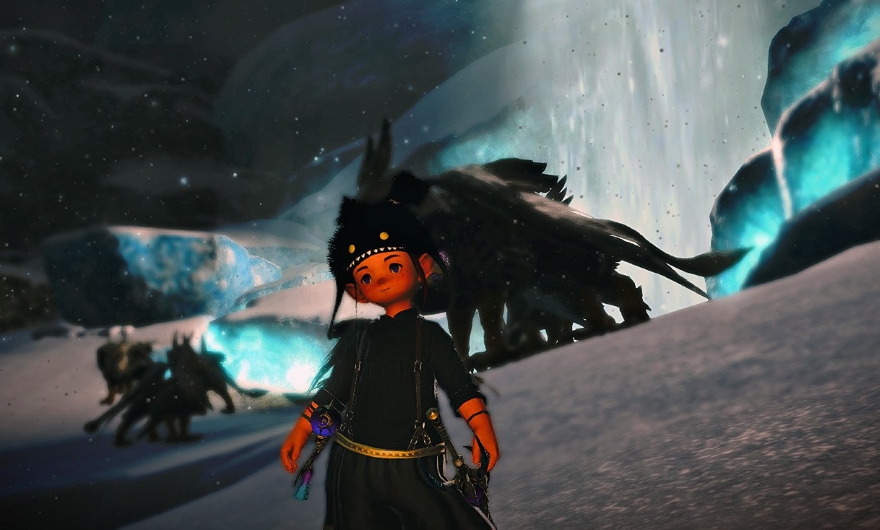 Have you taken any great screenshots this past week and would like to be featured in this column? Post them in the comments below along with the name of the game and a story or some thoughts about your marvelous photograph!

Thanks to everyone who’s been submitting pics. I’ve had no luck taking interesting screenshots in games lately, but I’ll come back here and join “Justinfest” once I have something worthwhile to offer.

Uta, I played a fair chunk of Battle for Azeroth before my allergy to the current plotline drove me away — but I don’t recognize what I’m looking at here. The Worldheart chamber? If you feel inclined to solve the mystery for me, please do!

It was for the next Heart of Azeroth upgrade quest. My characters where taken to this big ass instance which I suspect was likely used as raid encounter in it’s previous itinerary. So the subject of my shots, decided to take poke around a bit whilst she was that. I believe it’s inside (or under) that big honking pyramid in the middle of Nazmir for the reference.

Some randomness this past week, although I was happy that we finally went back and cleared savage deltascape so I could see the transition up close and personal :)

@Justin, thanks for the shout out this week!

Those are some spectacular screenshots. My jaw dropped.

Indeed so. Vincent has a knack for taking interesting screenshots, I agree

I did not make the pictures I showed. It is a cult of creators that mainly lives on Flickr of Second Life fashion showing their creations. Was just showing what currently you could do in Second Life. (since it came up in other posts) So one more I found just pure pandering and that will be it.

Glad you liked it Not sure what you mean by /feature.

Thank you for not taking credit for other people’s art. If possible, please link the source of the images so they can get proper credit.

Guild Wars 2 didn’t look this good at launch when I tried it. Thanks for the update, Skorry!

I like Geology so I was excited to get a geode themed skin for Atlas in Warframe. Even better, it also changes the golems summoned to geode-elemental-thingies. They make for great screenshots too… until kitty decided to photobomb.

I actually know a geologist, HM, so if you ever have any lingering geology questions you’d like answered, I can pass them on, and see if he has any wisdom to share. :-)

Guess what day next Sunday is?

And I told you Natalyia got some great shots of the city :)

For this week, my screenshot is from FFXIV – of which I’ve been working harder to master that gpose feature!

i cam in third in the clan for exp this week. really this was an excuse to show off my new hair do. :D

Third is where the cool kids hang out I hear.