It has been some time since we last checked in with Heroes and Villains, perhaps the most overlooked of all of the City of Heroes spiritual successor projects. But superhero MMOs are very much on our mind this week, so we thought it would be a good time to recap the progress that’s been made on this game.

But to get this out of the way first, there doesn’t seem to be any posted timeline as to public testing and release. Just FYI.

Reading through the list of weekly volunteer dev updates so far in 2019 show a team that’s slowly but surely working to advance the project. One big project is crafting strong narrative for Heroes and Villains: “We’ve been continuing with work on various ways to try and push past the storytelling limitations that come with an MMO shared persistent world and the build-in advantage that it gives to stories that threaten changes to the game world but always end with the game world unchanged in any significant way, which naturally heavily favors hero-themed stories rather than villain-themed ones.”

The team’s also been working on the sewer system (even supers get down and mucky from time to time!), texturing particle effects and the in-game environment, using combat skills for non-combat situations, making villain content “rewarding to play,” and deciding when and if players should be able to kill NPCs.

Back in December of 2018, the team showed off some of the key NPCs for the game, including Spirit, a Hopi from the southwestern Quadros Desert and a wielder of powerful cosmic energy: 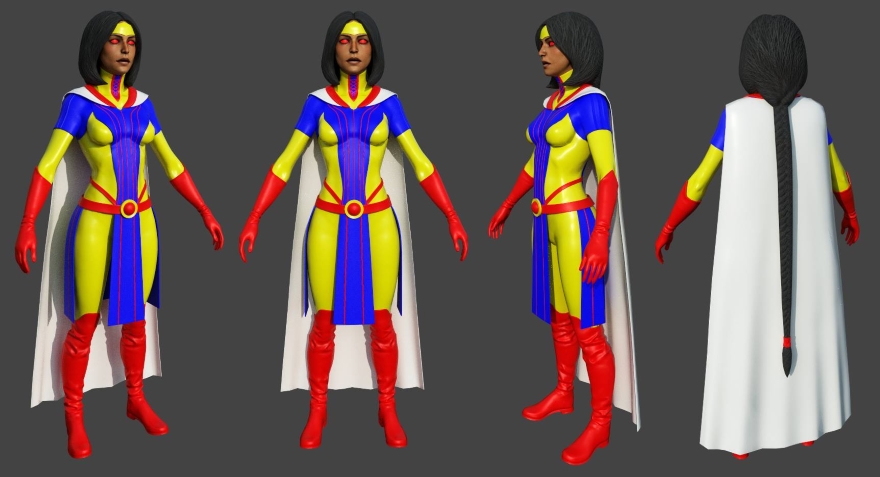 and Korlax, leader of the Lemurian Deep Ones: