While the war over lockboxes rages on in online games, there’s another war brewing about the nature of what’s in them, as a move by Daybreak this week has served to remind us.

Last night, the company announced it was removing a potentially offensive outfit skin from H1Z1’s most recent loot crate. The skin is themed to look like Maui, the Polynesian demigod who became a household name around the globe thanks to his role the Disney movie Moana.

“After careful consideration, we’ve made the decision to remove the Maui Outfit from tomorrow’s Macho Crate release,” the studio wrote on Twitter yesterday. “We take cultural representation seriously in all of our games, and want to apologize for any offense we may have caused.”

The insertion and then removal of the Maui skin has caused quite a row across Twitter and Reddit, where some folks argue Daybreak is taking “cultural appropriation” too far. But as multiple New Zealand and Australian publications and gamers have noted, the Maui skin was offensive specifically because it smooshed together family tattoos, weapons, and masks that didn’t even fit together logically or culturally and seemed to be created without input from experts or sensitivity toward the subject matter or context. According to one Reddit thread, “applying Māori designs onto an assault rifle is extremely problematic” in particular because of the recent terrorist attacks in New Zealand. 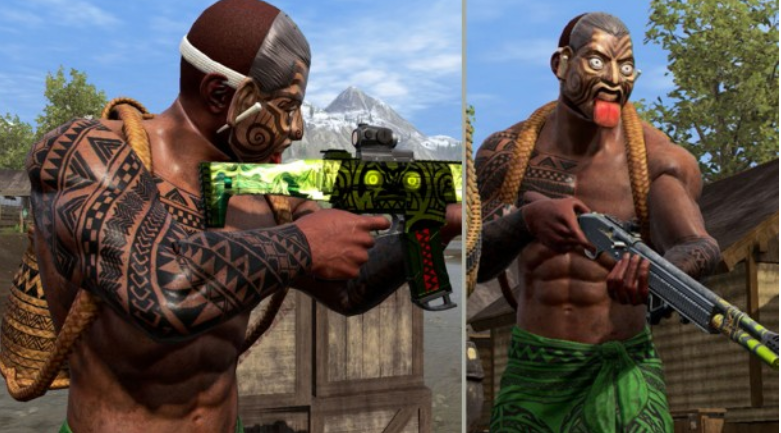 That’s a big-oof.
While not a 1:1 comparison with Māori or Polynesian cultures. I have noticed that some American/British representations of Indigenous Australian’s (aka Aboriginal) culture is just so cringe it’s not funny.
I still remember from an American cartoon when an Indigenous character called Uluru as “Ayers Rock”, just no, no. Stop it. It’s not hard to use Wikipedia lol.

I’m not surprised by this or the reaction. I do remember when Moana was about to hit there was in the Australian & New Zealand news here some major concern about what kind of impact it might end up having, at best trivialization, at worse downright appropriation. Not that Disney would care.

That being said, I’m sure that Daybreak did this out of sheer ignorance, I don’t suspect any kind of actual malicious intent. Correct me if I’m wrong, but I’m also sure that to an American studio they might not draw the same kind of link of Polynesian to Māori to New Zealand like we do.
But with the recent terrorist attack hitting both our nations in different ways, it’s just a shocking look for Daybreak to have done at this moment in time.

Just bad all around.

The body tattoo is neat they should have left it at that and not wasted the dev time on the other stuff.

And the thing I like about these cultural appropriation incidents is 99% of the time it’s impossible to tell if the people are legitimately complaining or not.

If Overwatch can get away with a stereotypical Austronesian skin for Roadhog, then surely H1Z1 should be able to get away with it as well.

Or perhaps H1Z1 is gonna reintroduce the Maui skin a couple months later when the whole New Zealand shooting is forgotten.

Roadhog and to a lesser degree Junkrat have not gone entirely unnoticed here, that’s for sure. Although Overwatch was such a popular game that concerns were drowned out within an instant by everyone else.

But really, it’s true that every nation got a dumb stereotype in Overwatch, but unlike Team Fortress 2, Blizzard never did it as a joke. TF2 gets away with it because it’s obviously a joke how their characters are presented. We’re meant to take Overwatch’s lore seriously to a degree lol.

Man, the responses in that Reddit thread are depressing as hell.

I went to look from the link. And wow, you aren’t kidding.

I don’t know if the reddit was heavily moderated (based on what’s there I highly doubt it) or if just a sign nobody cares about the game but it was nice to not have to wade through 100s of responses.

Yeah, nothing like anonimity to bring the assholes out.

Did no one there remember the big stink over this?

Yes, I remember this overreaction.

I don’t like this version of reality. Is there any parallel universe i could jump to?