Star Wars fans are in mourning tonight as the original actor behind everyone’s favorite walking carpet Chewbacca, Peter Mayhew, is now one with the Force. He was 74.

“The family of Peter Mayhew, with deep love and sadness, regrets to share the news that Peter has passed away,” representatives announced through his Twitter account this evening. “He left us the evening of April 30, 2019 with his family by his side in his North Texas home.”

Star Wars: The Old Republic players are expressing their condolences on the game’s forums and discussing a memorial service akin to the one held for Carrie Fisher in 2017.

Over on Star Wars Galaxies emulator SWG Legends, developers have already erected a blue glowy version of Chewie in the place where moviegoers first met him: Mos Eisley, Tatooine. As of this evening, there’s already a mass of players gathered to pay their respects at the impromptu memorial.

On Empire in Flames, there’s another Chewie blue glowy.

Rest in peace to our original favourite Wookiee in the entire galaxy the well-loved Peter Mayhew. May the force be with you, always. #SWGLegends #StarWarsGalaxies pic.twitter.com/o5Iuh4j8Wu 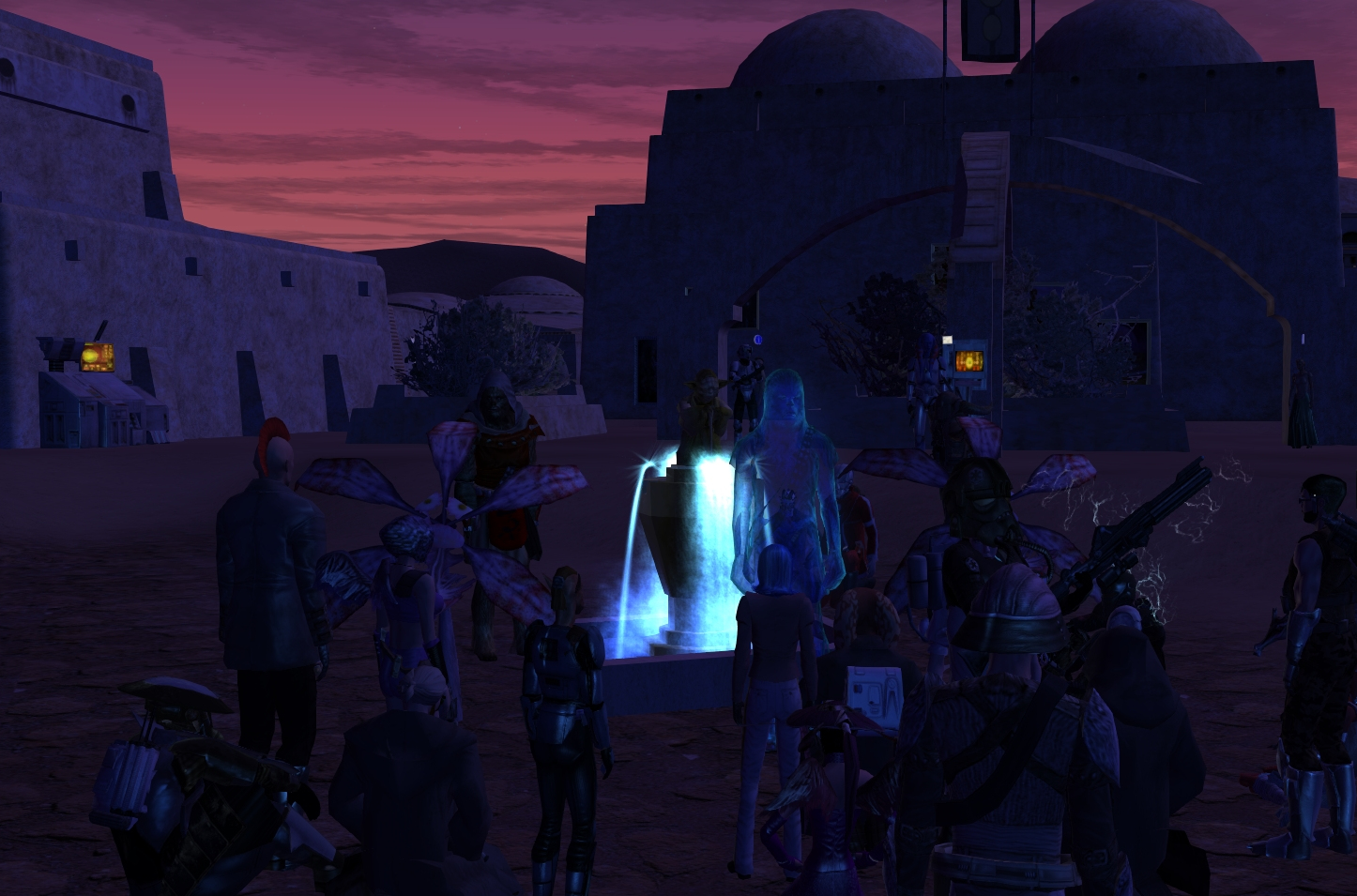 It only felt right for us to honour such an iconic actor & Star Wars character. You can visit our Peter Mayhew memorial directly outside of the Mos Eisley Starport. (Players are currently gathering to pay their respects) May the force be with you, /Wookiee Roar.#SWGLegends pic.twitter.com/YLjT4aOOCe

RIP Peter Mayhew, AKA Chewbacca – a little light has gone out, respects.

Such sad news, his legacy will live on. Such a memorable and much loved character.

I’ll rock Chewbacca in battlefront 2 and crush 100 Jedi noobs in his honor.

I had no idea this transpired, i landed in Tatooine, come out of the Starport and there is this huge gathering right at the entrance?

I thought at first it was a prelude to May 4th celebrations, i was like woohoo! picked up the news in chat and then was like boohoo :( /shocked really

News like this always feels like a part of your past has been lost in some strange way.

Of interest, while Mayhew had no speaking parts beyond growls and snorts, he was able with his body language and mannerism to make Chewbacca a character that people knew, liked and associated with.

If you look at the trivia for Mayhew on imdb.com it is mentioned that he fell ill during the filming of one of the Star Wars movies and was replaced. When he rallied and returned the replacements work was scraped because the movements weren’t like Mayhew’s.

Mayhew was Chewbacca and Chewbacca was Mayhew. In the same vein as Andy Serkis and all his many body acting roles.

Thank you Peter Mayhew. I hope you have good rest.

I loved seeing the original trilogy in the theaters and as a kid I adored Chewbacca. Sad to see him go.

I was 12 when I saw the first movie, and yes, it’s very sad. Watching all those people you adore fade away. Fond memories none the less. RIP.

Super sad, he was an incredible person. Got to meet him once and his kindness was out of this world.

…least his character will live on in legacy. R.I.P. /bows

Rest in peace and thanks for all the fantastic childhood and young adult memories.