It’s time to check back in with ReWorld Online, the customizable MMORPG that players such as yourself will be able to fashion into a myriad of worlds. It’s still moving along in development, with the team showing off screenshots every week of various biomes that you’ll be able to use when you create your own MMO. These include dungeons, goblin camps, marshes, and settlements.

It’s important to note that ReWorld will be split into two games: ReWorld Online (the full-blown MMORPG) and ReWorld Adventure, an online eight-player multiplayer title with a procedurally generated world, and a MOBA-like battle system. The latter was supposed to have been released this past February, but so far no word has emerged on its release.

The team posted this chart to try to explain its unique approach to a symbiotic relationship with community development and promotion: 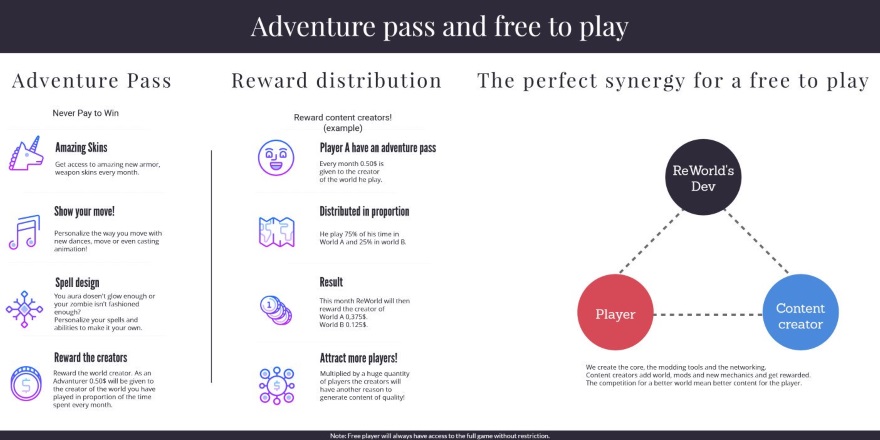