Here’s the genesis of this particular article: I saw speculation over on Blizzard Watch that we were about a year too early for a World of Warcraft expansion announcement at BlizzCon. That sounded immediately off to me. But rather than relying on my feelings or what sounded right, I decided to turn back to my old friend math. Math cares about numbers and my feelings are irrelevant on the topic. And I already compiled a whole lot of data on patch intervals, so I can pull this math together quickly!

Yes, it’s another post all about math to make predictions; I’m putting on my bootleg Nate Silver hat. Those of you disinclined to care may go now. For the rest of us, though, let’s take a look at the data and ask ourselves if we can use math and history to predict how much time we’ve got before the next expansion announcement, release, and maybe even some patches.

To start with, let’s use one of my favorite metrics, the total “duration” of an expansion. If you missed my updated data column on all of this and don’t want to reread it, I’ll drop that right here for you.

For today’s predictions, I’m not actually concerned with the average so much as the range. We can see that the longest duration of an expansion was 26 months and the shortest was 21 months. That means that Battle for Azeroth will more than likely have a duration between those two extremes, so the next expansion would be released at some point between May 14th, 2020 and October 14th, 2020. Any later or earlier would make this expansion the longest-running expansion in the game’s history.

Of course, it seems like there’s actually good reason for Blizzard to push toward the shorter timespan rather than the longer one, but let’s proceed forward on the assumption that the release will be somewhere within that five-month window. Realistically, I think that sometime between late July and early September seems most likely. What does the announcement history look like?

Ah, that’s a spicy chunk of data! So let’s see how that maps in from an announcement date of November 1st, when this year’s BlizzCon starts. At the shortest point in that range, it’d mean a release of August 1st, 2020. At longest? A release of January 1st, 2021. But that still actually largely fits with our predictions, and if you look at the averages instead of the outliers you’d wind up with about 12 months, putting it in November.

That’s a little outside of our prior predictions, but overall it still feels like October 2020 is plausible (and that’s ignoring the fact that we seem to be getting faster releases, not slower ones). August-October still feels like the right interval for some sort of release in there, and it tracks with historical averages well enough.

Of course, this also feels like it’d be a wider range of dates if the expansion was to be announced at Gamescom, much as was done with Legion. I think it’s a little odd that that wasn’t in the cards this year, so my guess is that either someone felt like it made for a muddier message overall or that the designers are really hoping to win back the crowd this year. Perhaps both.

But as long as we’re using this math to speculate, let’s bring out the usual “last patch to release” calendar, shall we?

Readers will likely recall that I don’t think this is a great prediction metric. It’s really, really broad in terms of plausible dates. Looking at averages, though, we can predict that it’s been a long time since we weren’t looking at around a year from the last major patch to release. And if we assume a release date ranging between August and October, that would place that last patch for Battle for Azeroth sometime between… August and October.

Here’s the fun part. We’re on a (roughly) five-to-six-month cadence of major numbered patches and have been for a while. That’d put patch 8.2 out sometime in late May or early June… and it would put us on track for an 8.3 around October to November. The timeline is a little compressed, but it’s within the realm of the plausible. 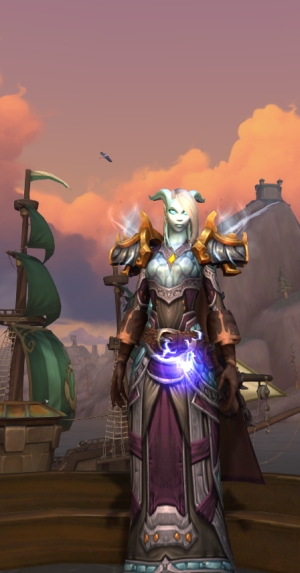 So that’d be my expectation for the rest of the year in the current state of affairs. I expect 8.3 before the end of the year, 8.2 in early summer, and 8.2.5 somewhere in the middle there. The game’s next expansion should be announced at BlizzCon and will probably be released somewhere in the aforementioned range of dates; anytime between August and October seems likely to me.

Obviously, this isn’t written in stone. And if we don’t get that announcement at BlizzCon this year… look, it’s time to start panicking.

The point here is not that this math is all absolute math based on a long history of perfect planning. World of Warcraft is not a game wherein the developers seem to plan ahead very reliably; reading back through some old columns there’s a recurring issue wherein the developers seem to plan ahead for exactly three months and then get surprised that time still exists. All of these predictions could be off by a few months in either direction, the error bars are not perfect.

But let’s also extrapolate beyond that fact. When else will we get an expansion announcement? If we don’t get one at BlizzCon, when is it going to happen? Legion was announced at Gamescom in hopes of, well, delivering hope. We may have more content planned out for this expansion than happened for Warlords of Draenor, but the general state of the playerbase isn’t all that dissimilar.

Logically, the next point after that for an announcement would be at PAX East 2020. Even assuming a nine-month turnaround, that still would mean an expansion actually getting released in January 2021, which would mean Battle for Azeroth would be the active expansion for the game for 29 months.

Is that possible? Of course. But if we’re waiting that long, I shudder to think what the game’s population will look like at that point. So if we don’t get that announcement in November… be afraid. Very afraid.