Last week I invited Massively OP’s readers to share pictures showing off faction pride in some way, shape, or form. But who knew it would take the form of heavily armed reindeer girls in cheerleader skirts?

Hikari knew, because Hikari knows all. “Then there was that time Super Bunny Team Amazing went undercover at Fear Nothing Foundation in the original The Secret World. Alas, I was not as good at in-game photography in those days, so the quality isn’t great. RIP Rocket launchers and flamethrowers!”

I loved those flamethrowers. Loved them so much that my family left me citing repeated warnings from the Fire Marshall. 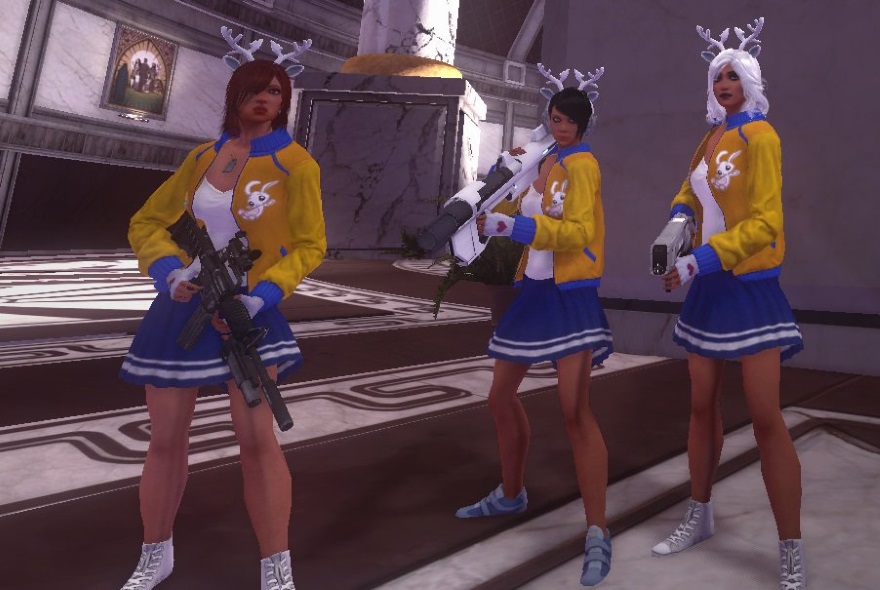 And while there isn’t a playable Murloc faction in World of Warcraft yet, at least Hurbster can dream of that day and play those few world quests that let him live the dream. The dream of being a disfigured fish-monster with stone age technology. 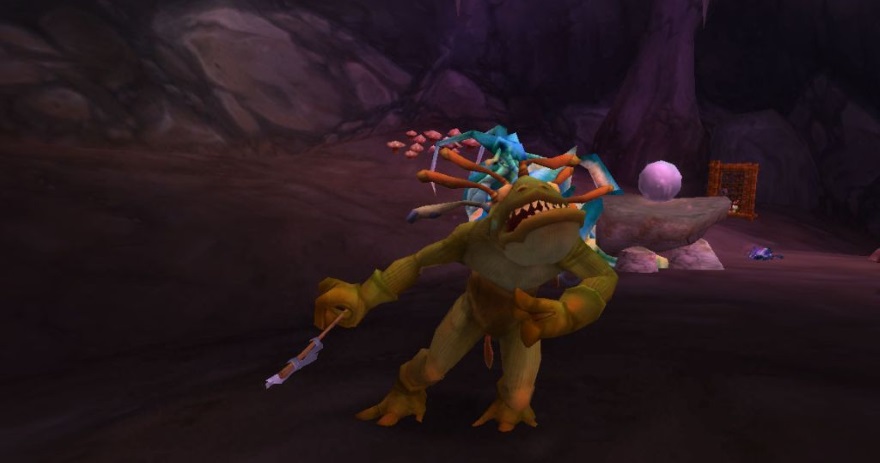 “This is the Storm Elite set in Final Fantasy XIV,” boasted Vincent. “Once you align yourself to the Maelstrom Grand Company in Limsa Lominsa, you gain access to this gear (after killing a ridiculous amount of hunts and farming seals). Here I can be seen advising my squadron on the proper battle attire. I have absolutely no idea why one of them refuses to wear a shirt. Honest.” 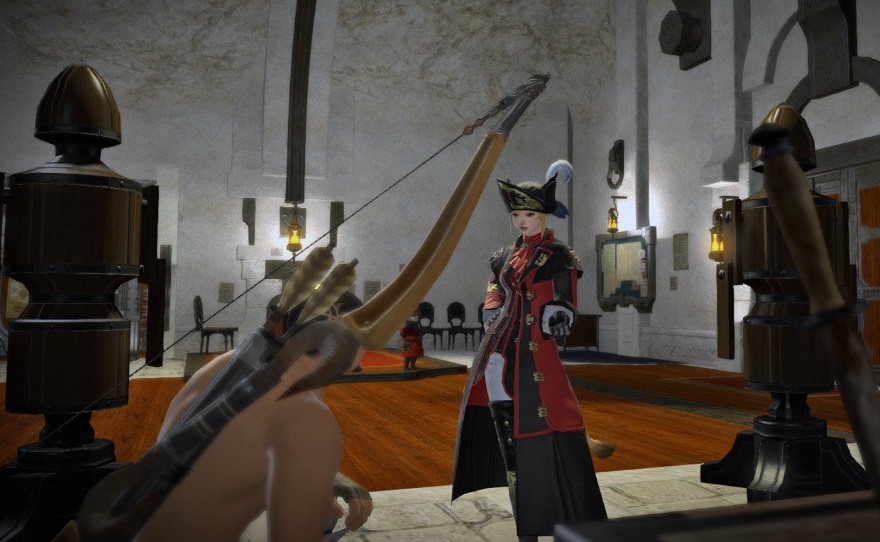 Miol took us back to Christmas with this particular Guild Wars 2 entry. “I think this is the faction called Snowball Squad, saying goodbye (or protesting) the end of another way too short Wintersday holiday season! Don’t ask me, how the yellow snowball was ‘crafted,'” Miol posted. 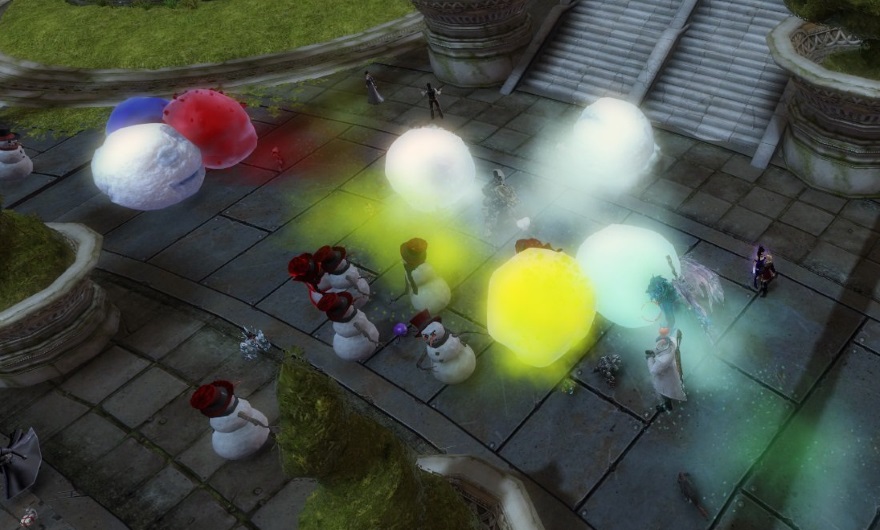 I’m not even sure if this Blade and Soul picture qualifies for the theme, but we’ll let it pass because it gives us another glimpse of the glorious pigtails of Utakata.

“I’m not sure the author means ‘political leanings’ when he stated ‘factions,’ Uta,” she said to herself. “I am also…inevitable. *Snaps fingers*” 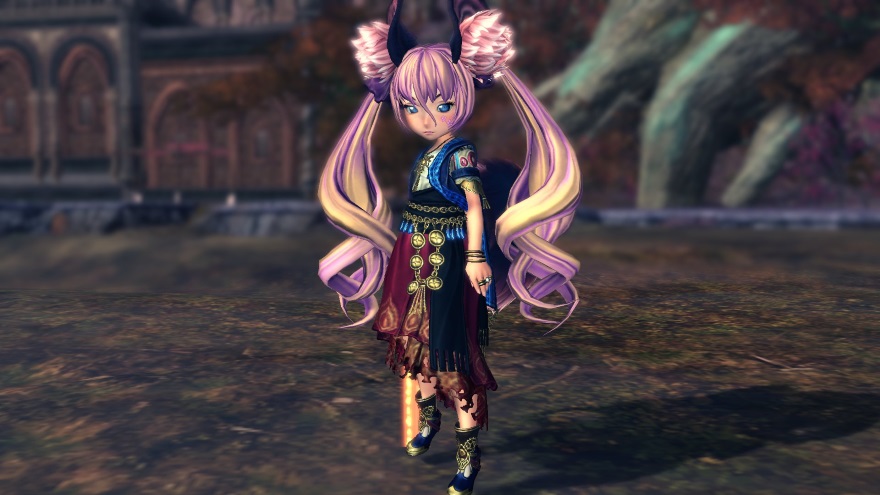 And here is my tiny Lalafel in Final Fantasy XIV trying to tackle something huge, so that’s going to be the inspiration for the weekly screenshot challenge: Share an in-game picture that gives a sense of massive size and scope of… something!

Well, I pulled the trigger on trying the rogue CoX servers. Recreated a version of Green Mage, my old main. As well as a few others.

Many places in LotRO give you a sense of vast spaces and truly massive creations. Below are a few examples, starting with the view out from one of the high points in Galtrev in Dunland which really gives you the sense of being able to see for miles. The other is a shot of one of the truly enormous wall carvings in Moria. I still boggle at how massive the dwarves built there, and can’t help but wonder why.

…and thanks for that inevitable plug, Mr. Justin! *Snaps pigtails* <3

Here’s your sense of scale. The Empire’s mighty, god-like reclaimed tool from a prior age, which it intends to use to subjugate Eorzea, is about to be taken down by a pick-up party. My character is the lance-wielding dragoon, in blue. This is at the end of ARR’s main storyline in FF XIV.

Ever since Labyrinthine Cliffs, Anet’s map artists have kept on proving they have mastered the art of verticality! Always making me stop and be just in awe!

That kinda of reminds of some of the artwork for Tsutomu Nihei’s, Blame!

I hope, I’m able to return that favor with introducing you to Belgian comic book artist François Schuiten, if you don’t already know him! /bow

…which kinda reminds me of this piece I worked on. o.O

Wow! So much to discover! :)
Really inspiring!

Thank you for sharing! :)

Taking a break while leveling my Necromancer at this fine establishment.

i’m here to pick up your package?

BDO does a great job of providing a sense of scale, whether it be the monsters or the world itself, everything looks broad and large.

Also, I’ll note that the reindeer antlers were used because TSW didn’t have proper bunny ears at the time that shot was taken. Also, credit for the costume goes to Natalyia.

The final Super Bunny Team Amazing costume has been seen on OPTV at least once. :) An outfit Hikari happily wore to defeat her Best Man in single combat. Because that’s what you do in The Secret World. Brutalize your best friends to the sounds of heavy metal music.

Bree Royce - June 1, 2020
59
NOW STREAMING LIVE ON TWITCH
OFFLINE - SEE YOU NEXT STREAM!
NEXT MOP STREAM
No events to display.

Legends of Aria kicks off Season 2 with an emphasis on...

Ubisoft claims its Trackmania reboot isn’t a sub game – you...