Things have come to a head in my Star Wars: The Old Republic adventure, and it all wrapped in rather neat fashion for the end of this month’s column, honestly. The planetary missions were fun enough, but as before, the primary storyline was the fuel for this week’s engine and the run up to the finish was pretty satisfying overall, which is probably what last week’s vote against endgame anything was trying to get me to.

Before we get started, once again, this is your spoiler warning, as this article will be openly discussing the Imperial Agent main storyline.

END_OF_DOCUMENT_TOKEN_TO_BE_REPLACED
The polls said to go to Tatooine first, and so I did. The mission here was to speak with a defector of the Eagle’s terror network to take out the cell hiding on this planet, which was responsible for providing training to members of the Eagle’s group. The contact in question was one Mia Hawkins, a rather flighty woman who was disgusted by this cell’s use of live innocents as target practice for training. It would all come crumbling down if I took out the cell’s leader, a master of stealth and disguise simply called the Old Man. 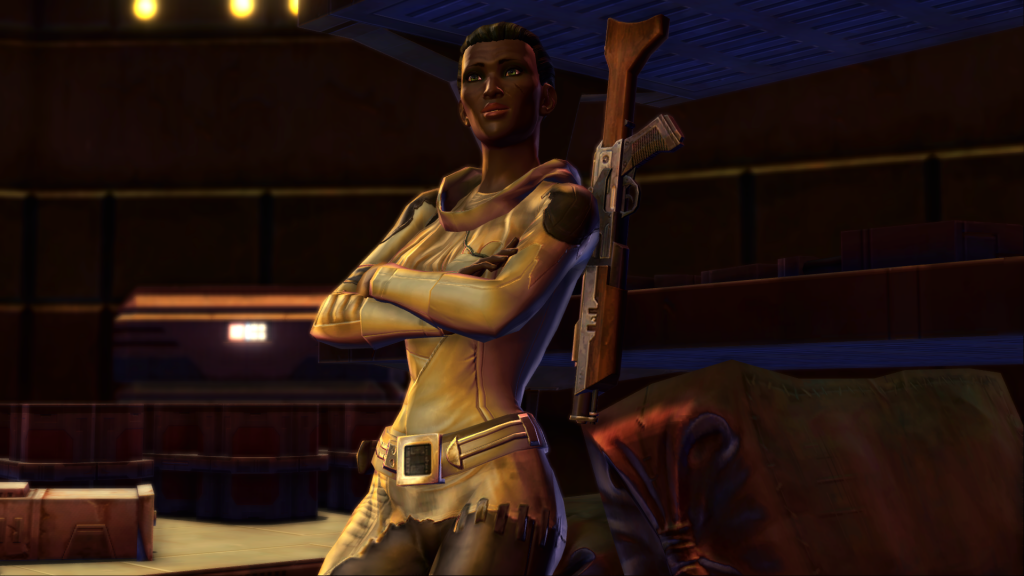 Finding the Old Man was a matter of tracing his connections. I first had to locate a supplier by the name of Dragon Eyes, and then follow that trail back to him. Chasing the connection had me facing a squad of stealth soldiers at one point, which also ended up granting me the realization that the Agent is not very good when ambushed; when I can take the time to get cover and unload my debilitating strikes or group-wide AoEs I can handle just about any engagement, but the second an enemy gets to strike first is the second this class pretty much comes apart at the seams.

In spite of at least one very stupid death and a point where my character was stabbed with a knife before facing off with a commanding officer, I located Dragon Eyes — who was an Exchange dealer named Milosh Varta — and interrogated him. That had me first killing his wife for leverage and then killing him after I got my information. Upon introspection, I don’t know why my choices leaned to the bloodthirsty here, but I’m going to go ahead and rationalize it as Jaenneh disliking criminals in general. 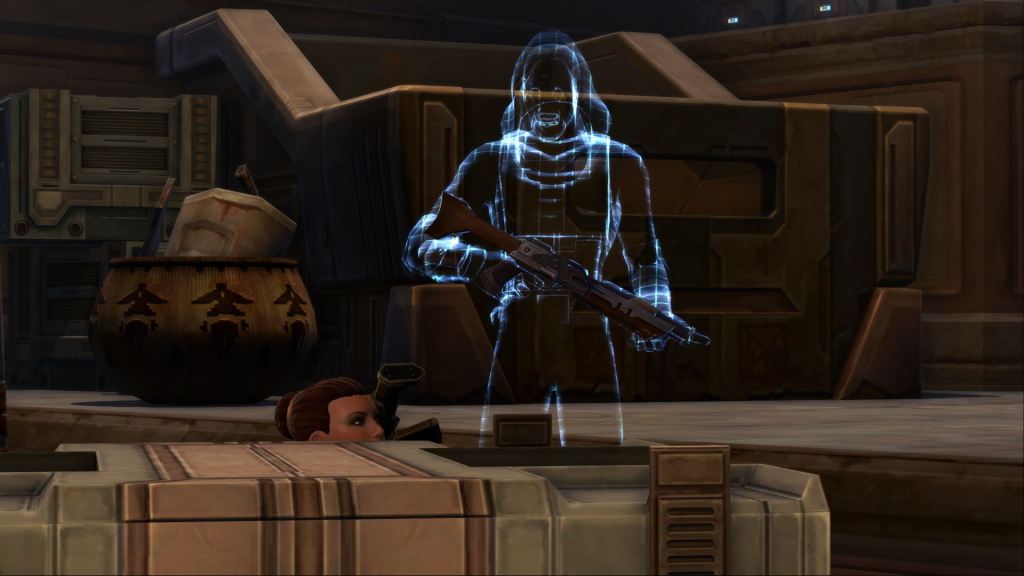 With details about the supply line’s movements, I headed back to Mia to report in. She, however, went on the lam, fearing my retaliation for her continued part in fighting the Empire. Still, we had a job to do, so it was off to a supply drop to climb inside one of the supply crates and take the ride to the Old Man’s stronghold.

Upon arriving, we found out that Mia had been captured by the Old Man, who was patiently awaiting Jaenneh’s arrival The Old Man himself was a cocky little cuss, using tech to disguise his appearance and voice several times over the course of our pre-fight banter while also claiming to have studied my movements. Of course, it was all vapid bluster and he went down with ease. Before I could take him in, he poisoned himself and Jaenneh executed Mia for crimes against the Empire.

Bloody business, this, but job well done and an enjoyable enough ride besides. Off to Alderaan! 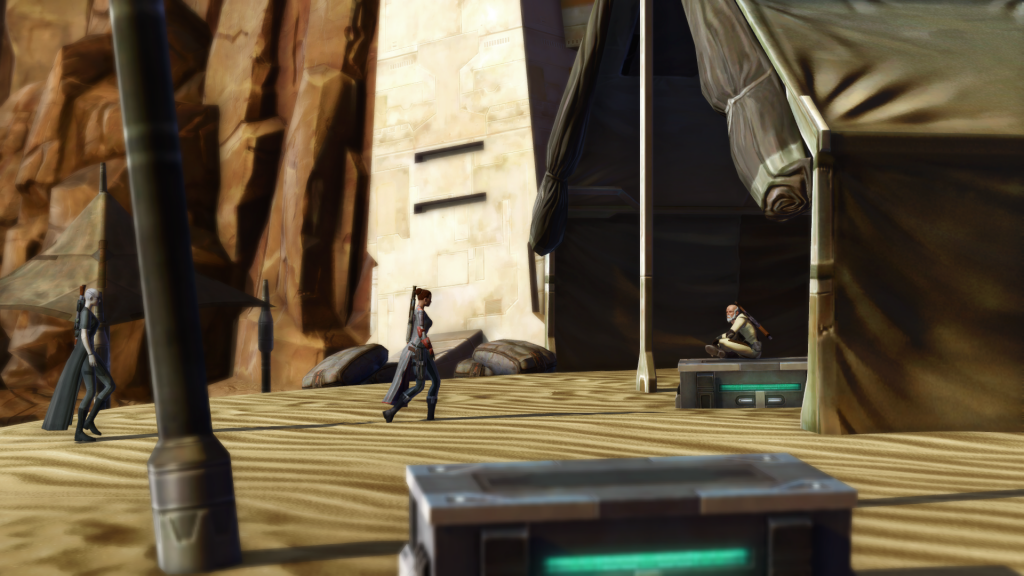 Alderaan’s mission had all the makings of some light political intrigue, which is unsurprising considering the political and social landscape of the planet itself. Apparently, someone on the planet was the Eagle’s financier, and it was up to me to track him down. Doing so would have me call upon a Baron Peyar of the Empire-aligned House Cortess, and a Vector Hyllus, a member of the Imperial Diplomatic Service who had allowed himself to be “joined” with the hive mind of the insectoid Killiks.

This mission had the usual fetch quests I would expect of dealing with an Alderaan royal house to prove loyalty and gain social traction, but I played the game and remained extremely careful in my responses. All the while, I was continually freaked out by Vector’s look and mannerisms. When I first met the man, there was a flirt option, which leads me to believe that this character could potentially be an Agent love interest which… man, I just don’t know about that. But hey, if that’s what stirs your coffee, you do you. No judgment.

Anyway, the financier in question was found to be a respected mediator among the Alderaanian houses who also happened to have an ally in the wife of House Cortess’ baron. Also, Vector wanted to take over the Cortess manor for expansion of the Killik hive. Basically, there was a lot going on at once. We took out the financier, made sure the baroness saw justice done, and I stopped the Killiks from overtaking House Cortess. It ended with Vector’s freaky-deaky self joining up with my team as my new companion. He’s not much better than Kaliyo, but only by virtue of the fact that he’s not Kaliyo, so he became my new pocket tank. 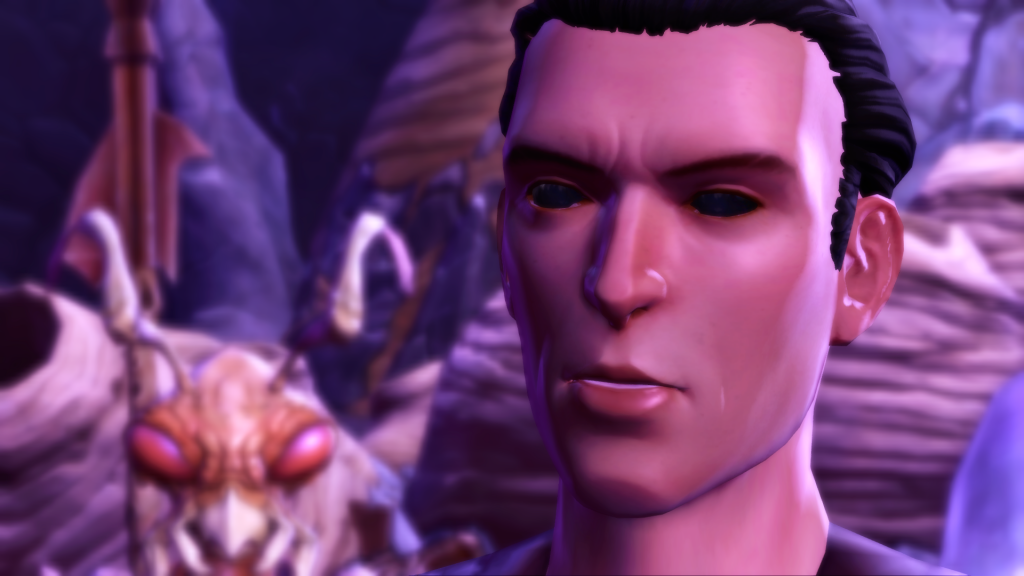 With the planetary missions polished off, it was time for a call from Watcher Two. The Eagle had been located and the strike was underway. He was hiding on Hutta, which ended up with a pretty basic fight and some further crowing from the Eagle about his “Eradication Day,” an event which would see his Eradicator weapons unleash destruction upon Imperial worlds. He also brought up that a traitor within the Empire was the mastermind behind the movements of the Eagle’s network.

After digging in to his files, we found half of his Eradicator launch codes but needed to track down the other half. This led to an Imperial cruiser and a startling revelation: Darth Jadus was not only still alive, but was the person who spearheaded the whole thing. His mission? To unleash the Eradicators on the holdings of the Dark Council members, mold the Sith in to his image, and spread terror across the known galaxy.

It was at this point that Jadus extended a hand to Jaenneh in friendship. He had the other half of the launch codes, and all I had to do was input my half to grant him firing control. This lead to a decision between granting him those codes in a play to have stronger reinforcements take down Darth Jadus but kill thousands of innocents in the process, or deleting the access codes to face his wrath and very likely escape while saving lives. I hung on this decision for an inordinate length of time, but ultimately elected to destroy the Eradicators.

The fight with Jadus was equal parts annoying and engaging, but ultimately made me feel like a normal human taking on a superpowered being. The whole scenario ended with the destruction of Jadus’ ship, the escape of Darth Jadus, and even a promotion for Watcher Two to Keeper as the original Keeper was elevated to Minister of Intelligence. 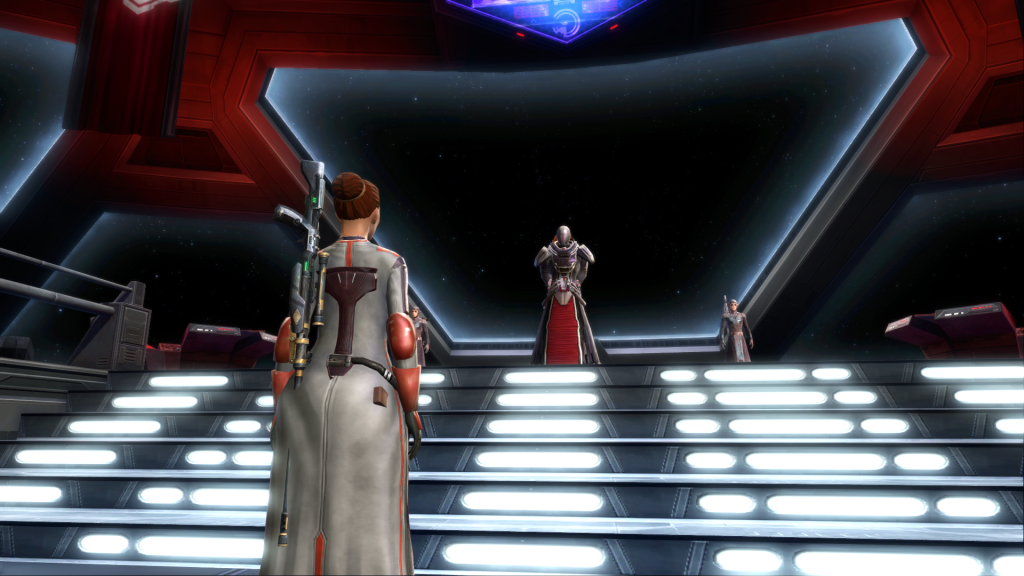 This wrapped up my SWTOR adventure in a rather neat bow, but I can’t help but wonder whether that really is the end. However, that’s going to have to be the end for this month and it’s time to move on to the next adventure!

This time around, I’m going to make another unpopular decision: I’m going to focus on Korean MMORPGs for next month’s CMA. I know this style of game is not everyone’s cup of water let alone tea, and that’s perhaps due to their perception of being shovelware. Whether that’s deserved or not, though, isn’t really the question I’m trying to answer here so much as just find the fun. Also, I have an admitted very soft spot for this style of game, so I’m going to have a good time, dammit. Here’s what I’m thinking:

So, where to? Choose My Adventure!

What should the next game be? 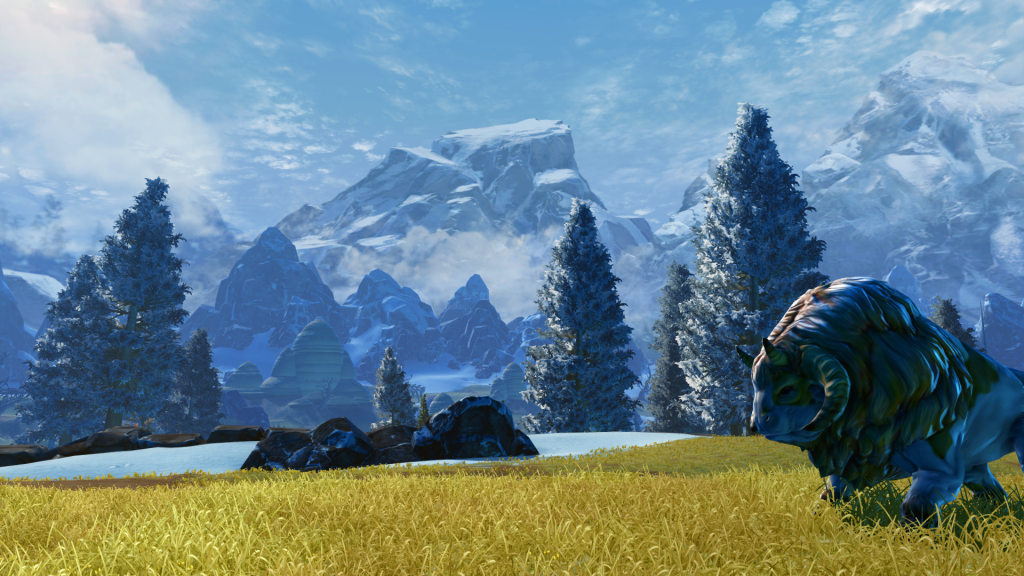 Polls close at their usual time this coming Friday, May 31st at 1:00 p.m. EDT. Until then, may your own SWTOR storylines be just as enjoyable as mine have been.