Let Naoki Yoshida sleep, people. The man was visibly exhausted when I interviewed him on May 21st, not at all helped by the fact that he had flown to San Francisco to Europe and wasn’t feeling great (he’d picked up a minor bug). Despite that, he was still his usual dynamic presence as he welcomed us to the Final Fantasy XIV media tour, and he still took the time to sit down and answer questions of myself and the other reporters interviewing him.

If there’s a lifetime achievement award for developer tenacity, he deserves two or three copies of it.

END_OF_DOCUMENT_TOKEN_TO_BE_REPLACED
Obviously, there’s not enough time or opportunity to ask all of the questions that crop up around these sorts of event, but an effort was made to hit all of the high points and the questions both I and my fellow interviewers thought merited immediate coverage. Starting, oddly, with something that I saw as an interesting question about the marketing. 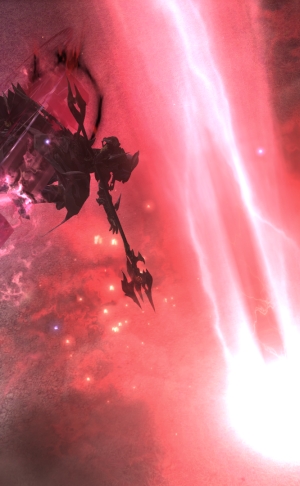 The big English-language push for Shadowbringers has involved a whole lot of talk about “becoming the villain,” which – for those unfamiliar with the story – is most definitely not what the connotation of “Warrior of Darkness” is within the world. So that was the first question I asked him. Is that marketing, or is that really the story goal? Are we going to be treading darker paths as we move through Shadowbringers?

Good news for those of you uncomfortable with the implication that there’s such a thing as too much good because it turns out this one really does come down to regional marketing. Yoshida explained that in Japanese, there’s a very clear distinction between the ideas of light and the idea of good, and vice-versa for darkness; while that idea is central to the story conceit of the expansion, different regions are going to market it differently based on the language.

So no, Shadowbringers is about bringing darkness, but it is not about being evil. The two are wholly separate.

What about FATEs in the world of the first? Will there be more changes to the world through things like FATEs, or some that are only available when darkness is restored to a given zone (something that we’ve been told repeatedly will happen)? It turns out that the FATEs will remain largely consistent, but that’s because the FATEs are also a means to provide a glimpse into the world of the First that we may otherwise miss. After all, there’s a whole lot of stuff going on that might otherwise not be obvious with a completely different world for players to explore.

That being said, of course there will be changes to the world as you play through the MSQ, chiefly… well, the addition of darkness. We didn’t see any of it during the demonstration, but that’s by design.

Moving on, I asked about the Machinist rework, which was obviously major and arguably resulted in an entirely new job. He explained, with some amusement, that part of the issue with Machinist before wasn’t just down to players who disliked it; even the designers weren’t happy with it, due in no small part to the fact that the Heat gauge just didn’t work out very well.

Unlike basically every other gauge, you didn’t want a full Heat gauge most of the time, but instead you wanted it to be high-but-not-full. So it was hard to understand in the first place, and once you did understand it, the gauge was still frustrating to play with. It was the worst of all possible worlds.

Thus, a philosophical recentering and rebuild. To start, the decision was made that raising a gauge should always be desired; if you build up a gauge, you want it full. From there, it was a matter of looking at style. While the conception of Machinist had long been centered around using the gun, it was really only a part of the overall flavor, leading to a much more gadget-based design that wound up feeling more responsive and fun to design around.

Another interviewer asked if the speed increase for Monks getting a fourth stack of Greased Lightning led to any netcode changes, but it turns out that the speed that they were worried about wasn’t with the network but simply player skill. As always, one of the goals with Shadowbringers was seeing if the things that players wanted could be brought into the game, and this was the right time to make that particular change.

Similarly, the team isn’t worried about the results of newer skills in older content; part of balancing new skills and new jobs is going back and checking to make sure that everything still works. So while tanks are very different now, players should find them just as capable of handling older dungeons as before.

I asked about the Summoner changes as well and whether this might lead to more of the long-awaited Egi glamours. It turns out that it had more to do with just making sure that Summoners, well, Summoned; like always, it’s a line between delivering on what Summoners are meant to do in a class sense while also feeling balanced. The job before was too complex and required an excessive amount of buildup.

Will more of the Hand and Land glamours wind up for battle jobs? Yoshida is well aware that the game’s Chinese version sports these as options, but they’re not as popular as expected. All the same, if people want these, they’re more than amenable to listening to player demand. (Sound off on the forums! Let me wear the ALC 60 AF on everything! Ahem.) 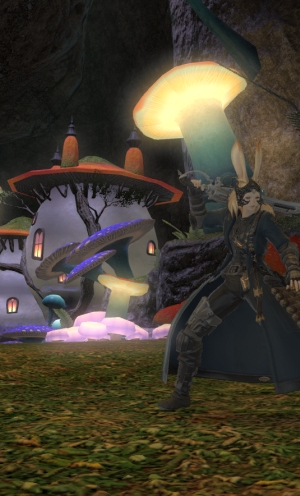 Will Trusts be added to older content? Not right away, but some of that comes down to the fact that the Trust system isn’t simply adding NPCs to your party. There’s a substantial amount of development time in making sure that the NPCs both respond appropriately and have story reasons for being there, so it’ll depend a lot on the future and what players are looking for.

Yoshida was also asked about more cross-platform options, and not for the first time, he stated that the big reason the game is not on the Xbox One is because Microsoft has regulations that make it impossible to allow for real crossplay. Microsoft’s rules state that there can be no cross-platform chat and communities formed only with other Xbox console players, both of which are incompatible with the nature of FFXIV. Until they change those rules, it’s not happening; at the same time, the staff is hoping that will be changed because they’d love to welcome the Xbox One community to the title.

I then proceeded to catch some side-eye from Yoshida by pointing out that while we know five of the areas we’re going to in the expansion, we don’t yet know the sixth, at which point he immediately made a lips-zipped motion. This was not unexpected, but my question wasn’t for the name, but if he could tell us the compass direction to look. His response? It’s not along the traditional compass rose, so it’s not north, east, south, or west. (So up, down, or perhaps an altered dimensional state.)

Last but not least, when asked what he’s looking forward to? He wants people to see the main scenario! And he’s not going to be taking a vacation after the expansion launches, as he’s got to start planning for the next expansion soon…

As always, we thank Yoshida for his time and energy in answering these questions. But please, let him sleep.

Final Fantasy XIV Shadowbringers tour: An interview with Naoki Yoshida
All of the content seen during this preview event is under development and subject to change. Travel and lodging was paid for by Square-Enix for the purposes of covering this event. There was actually a neat-looking place I could have eaten while in San Francisco, but it was closed when I was free and I honestly wound up settling for a bar just down the block from my hotel. I am nothing if not predictable.
Advertisement