As soon as I started going through the abilities added to Final Fantasy XIV’s healers, I immediately muttered to myself “oh, some people are going to be mad.” And I’m feeling pretty certain about that now, too.

END_OF_DOCUMENT_TOKEN_TO_BE_REPLACED
See, the thing about healing in FFXIV is that there are three schools of thought on how healing is supposed to work. The first is that healers should be only healing, never worrying about anything other than keeping health up. This is generally detrimental to the party. The second is that healers are primarily there to heal, but dealing as much damage as is safely possible between bursts of healing is a good thing and thus the goal of a healer is to keep people alive while making use of the moments of downtime.

Then, of course, there are the people who want healing to be more or less something that happens passively while you focus on your DPS. And it’s this group of people that will find themselves stymied in Shadowbringers because the biggest focus shift for the expansion seems to be shifting away from making healing a passive thing. 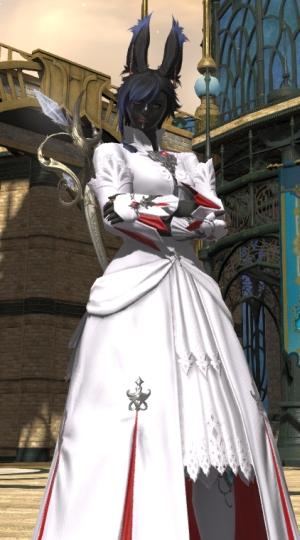 White Mage has probably seen the biggest sea change out of the healers, and interestingly enough, it seems to now be getting pushed even further in the direction of having the most solid damage punch. It does the least to boost the party’s damage via buffs, but it also retains Assize while getting another big punch as its “reward” for burning off Lilies.

The Lily mechanic has been wholly reworked, no longer forcing you to cast anything in particular. Instead, you accumulate them naturally while in combat, with up to three banked at once. You can use these banked lilies for an instant heal, either a single-target version or a multi-target version. Once you’ve done so three times, the Blood Lily blooms, giving you access to Afflatus Misery as another big punch on your arsenal.

Rather than another form of Aero and Stone, White Mages are now sporting Dia and Glare, but it’s still functionally the same “DoT and spam” as always. In fact, there’s a general unifying across the healer jobs in terms of damage options, so White Mage actually winds up with more damaging spells than its counterparts. Plenary Indulgence has also been reworked to more of a triggered healing bonus; combine that with Asylum offering a healing bonus to those who stand within its area of effect, and White Mage looks to be solid on both the immediate damage front and the instant-cast front.

Oddly, my feeling on playing the job was that it feels fairly similar to how it felt in Stormblood, but it needed an extra pass or two to really deliver on the plans of that environment. I think that experienced White Mages will be happy with the state of the job when the expansion rolls around. 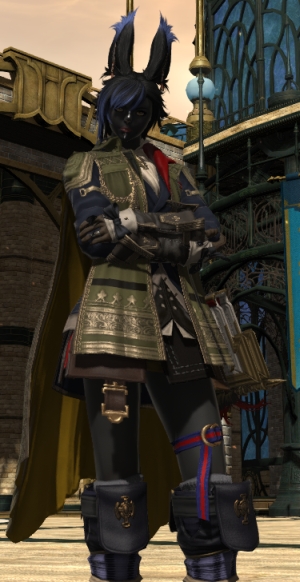 Oh, Scholars are going to be mad.

I was surprised looking at the list how much has aggressively been done to split Scholar and Summoner, and it is extreme. Gone are Bio and Miasma; you now have one DoT and one direct-damage spell with Broil. Gone is Bane. Shadow Flare? Miasma II? Don’t even ask. The bright side is that Scholars do get a new AoE spell to bring them in line with White Mages and Astrologians, but the days of using Bane to hit everything before spamming Broil are gone.

For that matter, your faerie is just as subject to the new pet mechanics as any other pet; you will need to direct her to use her toolkit, and Embrace is no longer a do-all-your-healing-for-you trick. Scholars will ultimately need to spend less time doing damage and more time healing… probably.

Wait, probably? Well, Scholar’s new healing tricks are also nice and powerful. For starters, you get the ability to summon your little Seraph pet, who is essentially a turbo-charged faerie who adds barriers with Embrace and can also deploy an instant mini-Succor. You can also spend your gauge on a mini-Indomitability and temporarily cause several of your spells – including Indomitability and Excogitation – to cast without requiring any of your Aetherflow stacks. There are no shortage of new tricks for Scholars to shield party members from harm, so you’ll probably still have time to weave in no shortage of damage between them.

Ultimately, Scholars look weaker in terms of the “let the faerie do it” crowd, and people who picked the job on account of being a healer who doesn’t really heal will likely be somewhat disappointed. It has definitely lost the most out of the healers. However, people who liked Scholar for what it at least wanted to be will probably still enjoy it, and it’s the sort of change we needed to bring the healers closer together in terms of balance.

While the issues Astrologian had weren’t the same as Scholar, they were similar in the sense that they were hard to compete against for White Mage. Astrologian produced a huge amount of easy damage increase for the entire party, something that easily made up for its slight lack of damage by itself. Now, however… well, Astrologian is still about buffing the party as before, but you’ll no longer be casting Spread Spear all over because the card system has been reworked.

Each card is now a flat damage increase to a specific party member, with Bole, Spire, and Ewer all improving ranged damage while Balance, Arrow, and Spear all improve melee damage. (Yes, it feels a touch odd that the Arrow boosts melee damage.) Each card also has a different “seal” associated with it. When you have applied three card buffs, you can activate the ability Divination, which does buff the damage of the whole party, depending on how many different types of seal you have in your history, thus giving you a reason to redraw cards; the Minor Arcana ability allows for a bigger damage buff but also applies no seal.

Beyond that, Astrologian also gets the new Celestial Intersection AoE heal which applies the opposite effect compared to your normal sect effect (so Nocturnal gets a HoT and Diurnal gets a barrier). Horoscope works like Earthly Star in broad strokes, doing nothing by itself but able to be used again in order to burst with healing, also being upgraded if you hit the party with Helios. Last but not least, you can activate Neutral Sect to buff your healing and get both Diurnal and Nocturnal sects activated at the same time.

The loss of some card draw complexities might sting a little, but in the long run this both frees you from quite as many bad draws and brings Astrologian a bit lower in terms of outputting party-wide DPS boosts. It’s still the most support-oriented of the healers, and that works out in its favor while also keeping the job interesting in its own right. Learning the new card system will doubtlessly take a little time, but once you get that down, it feels like a similar experience.

Final Fantasy XIV Shadowbringers tour: An interview with Naoki Yoshida
Travel and lodging for this event were provided by Square-Enix. All of the gameplay experienced as part of this demo was based on an early test build and is subject to change. I look forward to Scholars getting super mad that they lost some of their DPS toolkit but do not look forward to Square-Enix giving it back to them, in no small part because it’d be nice to see some serious long-term changes to overall job balance.
Advertisement