Tanking has changed forever for Final Fantasy XIV in Shadowbringers. Gone are threat combos, gone are DPS stances, and gone is literally any excuse that tanks ever had for not actually using their tank stances. In some cases, a touch of the nuance is also gone, since you no longer have the complexity of deciding when it’s safe to swap stances and unload.

END_OF_DOCUMENT_TOKEN_TO_BE_REPLACED
On the other hand, the net result is probably for the better because it’s allowed all of the tanking jobs to get more toys and more fun toys, with Paladin and Dark Knight both immediately captivating me with the new tricks they get to access. So let’s go alphabetical, since that makes the first tank we cover the poster child for the entire expansion by bringing in Dark Knight. And gosh, it’s changed a lot… but probably for the better. 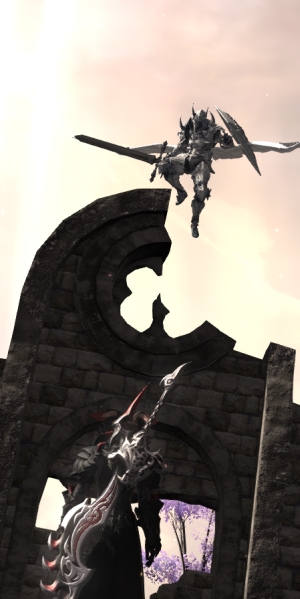 The trick of Dark Knight has always been that MP management is the core of your identity. You want to pour out as much of your MP as you can, but you’re also constantly scrambling to get it back to make use of your most vital abilities. It’s that kinetic feeling of always being close to death but also almost impossible to kill. And while it’s hard to say for certain that Dark Knight retains that full sensation going into Shadowbringers, the feel is still there.

A lot less costs MP now. Dark Arts is gone. Abyssal Drain is no longer an MP drain. Darkside still exists, but rather than being a passive state you toggle on, it’s a buff that you maintain by making use of your very costly abilities, one single-target and one AoE, to constantly refill that gauge. Sort of like an ersatz Blood of the Dragon, there.

You’ve also lost one of your major MP recovery tools, as Quietus no longer recovers MP. You still have Blood Weapon, though, and Blackest Night allows you a free ability use when it is fully broken. In short, there’s still the temptation to rush headlong into danger, empty your MP, and then claw back health and recover as you maintain your darkside.

And then you have your new big signature trick in the form of summoning your dark side to march into battle alongside you.

Like, I haven’t done the math on this one. I don’t know how much it helps your output or survivability. What I do know is that it looks awesome and immediately makes you feel like the coolest person in the room. It is utterly edgy and ridiculous and I fell in love with it the moment I saw it.

At a glance, I did feel like Dark Knight was no longer quite balancing so closely on the knife as before, but upon closer inspection I think that’s largely a facade. There’s no longer a constant drain from maintaining Darkside with lower MP, but the core feel seems like it’ll be well preserved. And it’s hard not to be excited about summoning your evil twin. 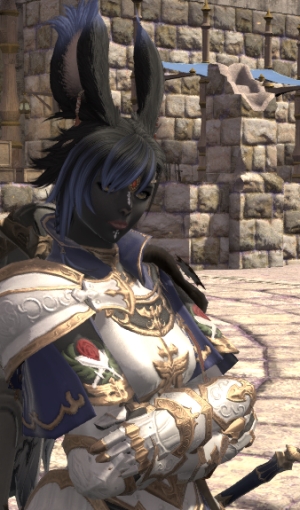 Remember when Stormblood arrived with Paladin changes and everyone was like “oh no, he’s hot now” in response? Well good/bad news, Shadowbringers is making Paladin even hotter. While all of the tanks feel like they’ve tweaked a little more in the direction of DPS, Paladin particularly feels like a much cleaner version of the job that knows where it’s going and what it wants to be.

The basic rotation all through Stormblood for Paladin has been pretty simple. You want to use Requiescat, spam Holy Spirit, then turn on Fight or Flight and rebuild your MP while Requiescat cools down again. Functional, but it did have some issues. There was no multi-target version of it (you just spammed Total Eclipse), Flash could screw with your total MP especially if you needed to use Clemency, you couldn’t block while casting even with Shelltron, and so on.

Shadowbringers just addresses all of that. Requiescat now makes your spells instant while active. You have a multi-target spell for AoE rotation. You now get an absolutely awesome nod to Final Fantasy Tactics with a big hit that ends Requiescat by summoning a holy blade from the ground, a finisher for both AoE and single-target situations. And you get your use of Sword Oath in with a new attack that can only be unleashed in Sword Oath, which is a state applied by finishing your main damage combo.

Factor in your new charge ability, and it almost feels like an afterthought that Paladin gets no new tricks with the Oath gauge, probably because it barely needs them. It has more than enough tricks for tanking or off-tanking via that gauge, and the improvement of Shelltron to block multiple attacks makes that more useful.

We have, unfortunately, lost some friends along the way, most notably Flash. Yes, good old Flash is gone now in favor of Total Eclipse, although the new nature of tanking meant that Flash was a relic. There’s also no more shield bashing in response to blocks and no more cooldown for improved block rates, although it hardly matters in the long run.

The overall feel of Paladin is maintained; you still want to burn down your MP, then rebuild, and your defensive options and recovery remain excellent. However, you have much more in the way of offensive tools now, and thus even the traditionally most defensive tank can start running hotter. 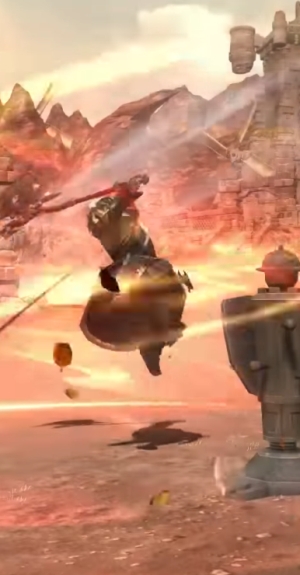 Pushing tanks into a state of more solid damage was always going to hit Warrior in a very specific way. Warrior’s specific identity has long been assembled around the idea that it’s the most damage-focused of the tank jobs, so how do you make Warrior still feel like itself when other jobs get more tricks to be aggressive?

Simply put, you lean in on it. Warrior may no longer be “the damage tank” (emphasis on “may,” I’ve not crunched the numbers), but it’s still the tank that bursts forward with enraged abandon to smash things.

Infuriate, for example, has now picked up two charges. Using it also makes your next big spender in AoE or single-target form into a far more powerful version of itself, which means that you can actually use it in conjunction with Inner Release if you want to. Inner Release remains potent, of course, and you’re still encouraged to spam your abilities to speed up the cooldown of Infuriate all over again.

Fel Cleave and Decimate now outright replace Inner Beast and Steel Tempest, which unfortunately means they no longer carry the healing elements that they once did. The removal of debuffs also means that you can no longer apply your own slashing debuff, but you still get a straight damage buff from your basic combo and spin off into building your beast gauge aggressively.

I think Warrior is going to feel a little bit like it got the shorter end of the stick simply because, well, being aggressively damaging was already its gimmick even without the changes made to tanking. However, it does feel like it still gets that aggressive system in place; you’re being rewarded for charging in and unloading as hard and fast as you can, same as ever. It’s a bit less of a move than the changes made for the other tanks, but that should be a sign of how well Warrior worked before rather than a mark against it.

Final Fantasy XIV Shadowbringers tour: An interview with Naoki Yoshida
Square-Enix paid for both travel and lodging during this trip. They also brought us the fat chocobo alarm clocks, which was nice. All of the abilities and mechanics seen in this event are subject to change, as this is still a development build in the expansion; if Warrior gets back more self-healing tools, that’s not a failure to pay attention but a change in design.
Advertisement