Like many of you, I have been participating in the early access for Elsweyr for this last week. In fact, I played some of the new Elder Scrolls Online chapter before the push to the live servers, and I gave my impressions of that a few weeks earlier. But now that it’s on the live servers, I felt more inclined to actually finish the story and see where everything was leading.

END_OF_DOCUMENT_TOKEN_TO_BE_REPLACED
In my first impressions, I didn’t really touch on the story of Elsweyr because I was not all that impressed. In fact, the story was the hardest thing for me to get through at first. I loved the dragon fights and the mechanics of playing a Necromancer far more than the beginning of the Elsweyr chapter. Understandably, ZeniMax did not want spoilers for the story leaking out and ruining everything, so it didn’t want us talking about anything beyond the very first questline for the main story. Because of that embargo, I didn’t play anything beyond the first questline. This was probably a mistake on ZeniMax’s part because the story really opens up after that first quest, turning into something very fun and interesting.

I am not going to ruin this story for you today in this column, but I will touch on some beats that might be considered spoilers if you’ve not played through the storyline, yet. So if you want to jump into the story completely unspoiled, then turn back now. But if you want to know what makes this chapter unique and why you might want to experience the story of Elsweyr, then I suggest you keep reading. 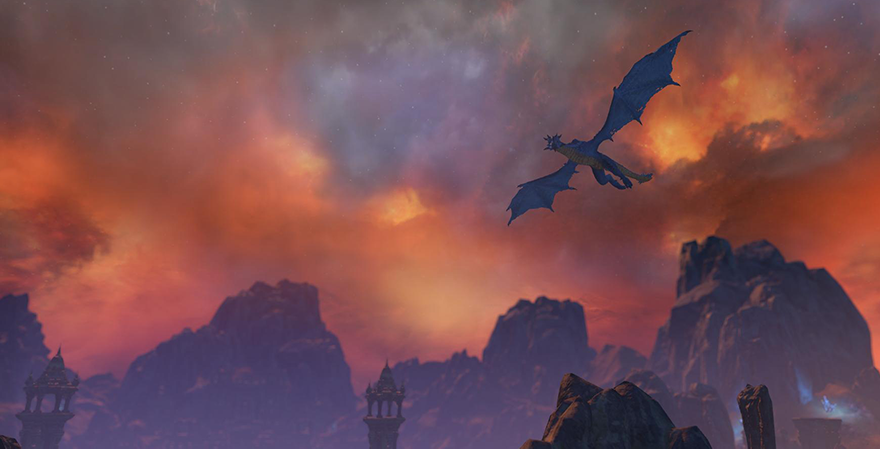 You’re probably aware of Abnur Tharn because we have mentioned him more than a few times in this column over the last couple of months, but were you aware that Abnur personally had 16 children with six members of his family appearing in some fashion in ESO? The biggest name is probably Clivia Tharn, Abnur’s daughter, who served as Empress-Regent of Cyrodiil. She was the widow of Emperor Varen Aquilarios that you meet in Imperial City DLC. However, there is also Septima, Javad, Magna, and Martialis, whom you meet in various places in the game.

The latest introduction to Tharn family is Euraxia. Euraxia was a member of an Imperial scouting party that ended up in Rimmen without orders and without purpose after Aquilarios disappeared. What is an Imperial to do when she has an army and no commands from on high?

Kill the royal family and take over as queen of Northern Elsweyr, of course.

A story’s villain can be just as important as the protagonist. When the protagonist is essentially a generic player character, then the villain becomes even more important. In Elsweyr, you might run into a book called The Implications of Elsweyr and the Aldmeri Dominion. It explains why the Khajiiti militia has not been able to defeat Euraxia despite having the superior forces:

“Once in power, Euraxia worked quickly to consolidate her position. She hired additional mercenaries, acquired the services of a cult of necromancers, and established a perimeter of siege weapons to maintain her hold over Rimmen. […] Rimmen remains a bastion for Euraxia, primarily due to the siege weapons that ring the palace and are aimed directly into the city below. Her threat, which Gharesh-ri has no reason to doubt, is that she will destroy the city if her rule there is challenged in any way.”

With that kind of introduction juxtaposed with Abnur’s implied feelings for his sister (he says that they aren’t close, but he actions continue to say otherwise), the writers created a character that has far more depth than someone who just wants to watch the world under her heel. Also, the way she subjugates the people of Rimmen makes for a very interesting and calculating tyrant. 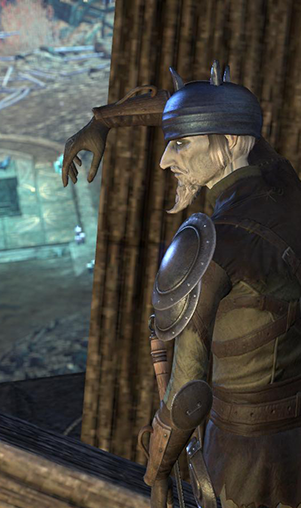 The Soul Shriven and a severed head

Spoiler, but not really: Cadwell appears again in the Elsweyr main story. I am baffled about why the marketing department for ESO decided to keep Cadwell under wraps; it makes no sense to me. Cadwell before stepping onto the scene in Elsweyr was a great character. Of course, he didn’t have a lot of depth but he did provide the comic relief that the ever-serious main ESO story needed. Because he was one of the player’s favorites, I’m surprised that he wasn’t a bigger part of the marketing, especially since one of the main subplots deals directly with him.

We do see Cadwell early on attempting to dig up the grave of someone called the Betrayer, but other than that, he seemed to be shoehorned in. In fact, I groaned out loud when I first ran into Cadwell during the first part of the Elsweyr story. But as the story continued, I regretted my first reaction.

As it turns out Cadwell, the Betrayer, the necromancers, Euraxia, and the dragons are all related. Cadwell’s connection to the situation reveals a deeper character than the bumbling fool he was in the vanilla ESO story. By the time Cadwell’s arc completes, you have a picture of a complex, dark, and troubled character that isn’t just crazy because it makes the story funny; he’s lost touch with reality because he’s broken. There is a moment in the story when I audibly said “oof” because it hit me pretty hard.

Unfortunately, there is also a moment when things should have wrapped up nicely for Cadwell’s story, but (I have to be vague here) they didn’t. It’s one of those situations where storytellers have made a character that many people like, and to have this chapter of his story wrap up the way it probably should have would make players upset. So of course, they decked him out in layers of plot armor and sent him into battle.

Despite the slow start and the various layers of plot armor placed on characters, I enjoyed the story of Elsweyr and would recommend it for any Elder Scrolls fan. It’s more traditional than the story of Morrowind, and it’s more grounded than Summerset. But it’s good all the same, and the writers handle the dragons surprisingly well. I enjoyed playing through it, and I believe many other people will too. 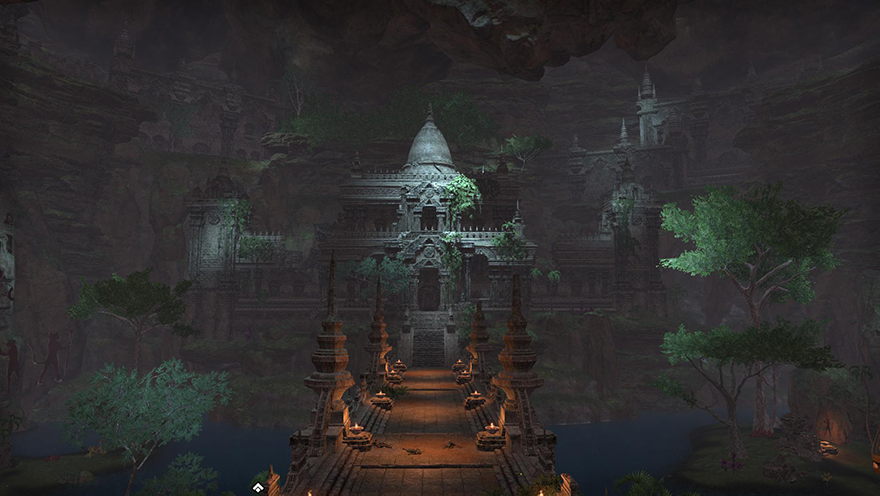