The announcement of Trials of Mana – the upgrading and localization of Seiken Densetsu 3, a game that was long held as a lost gem we never quite got in the west back when it was originally released on the SNES – is another sign that Square-Enix seems to be really diving into its back catalog to bring out games for everyone. So what obscure title is next on the list for a digital remastering? Xenogears? Live a Live? Bahamut’s Lagoon? That awful Tom Sawyer game for the NES? The answer is yes, according to CEO Yosuke Matsuda; the company wants to make its entire back library available in digital form for everyone.

Before you get too excited at the prospect of being able to play The Bouncer, Driving Emotion Type-S, Alcahest, or Treasure of the Rudras again, it’s important to note that some of these games haven’t been brought out in digital format simply because Square hasn’t managed to find the code for it. The original archived code for some games was treated with a more cavalier attitude at one point, so there are several games that aren’t readily accessible to bring back around. Considering that the company is considering bringing out its own sort of game subscription service, though, having the option to play iS – internal section would certainly draw in people who otherwise didn’t even know that was a game that existed. And perhaps it’ll include online defunct titles like Front Mission Online, while we’re at it.

That’s a happy coincidence… I want them to do that, too.

Would be nice to see the KH collection and Xenogears on PC. I know one of my friends would love Xenogears to get a remake or at least be brought onto PC.

To be honest, if they want to digitize everything, going to PC would make the most sense, since it would have the least chance of becoming irrelevant all over again after a console generation.
I was really hoping the rumor would pan out that the PS5 would play all the PSN games, whether they were PS1,2,3,4, or 5. Not that I expect it to play the discs, but I don’t want to keep my PS3 around on the off-chance that I ever do get around to playing the first two Suikodens that I bought on the PSN store five years ago for a dollar, or something.

I’d love a xenogears remake.. because it would mean the potential for the content on disc 2 to get fleshed out more and.. i don’t know finished in a way consistent w/ disc 1.

I would be quite happy with just the full Kingdom Hearts series available for PC (well, except if they were Epic exclusives).

A pity Super Mario RPG would require authorization from Nintendo, making the chances of it appearing on the PC worse than that of Peach marrying Wario.

Oh god…
PLEASE! Xenogears would be easy enough as they seem to have that kicking around enough to make it a PS1 classic on the PS3/Vita. But the Xenosaga games? I can’t even play them on the PS3 because of a game-breaking glitch that exists if you want to do everything in the first one… and I’ve been hoping they’d make it a PS2 classic for the PS4 but I’d take the series (all unfortunately 3 games of what it was reduced to) anywhere.

Plus this would also mean both of the Brave Fencer Musashi titles. And Parasite Eve 1 and 2 (3rd Birthday would be… unnecessary for me, alright game but boy is it not great or fun for a story).

And if we’re praying for Front Mission Online? Let’s push for Front Mission 5. I would build a Diesel-powered Truck Wanzer to raid whatever bank is necessary for the funds of that translation–no matter how many farmers I gotta take trucks from. 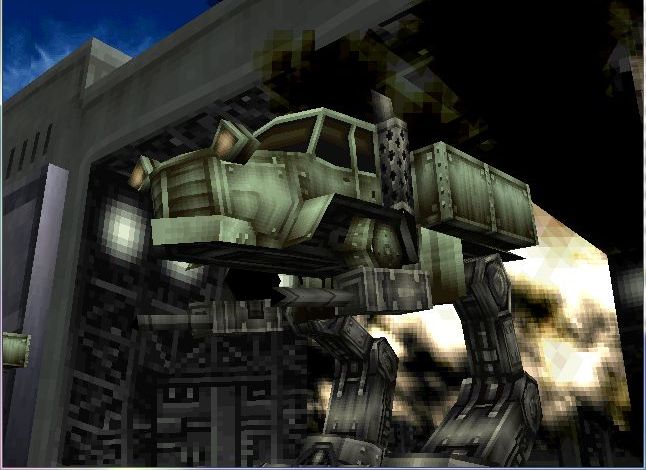 Xenosaga, sadly, is not owned by Square and thus would not apply.

As much as I love Legend of Dragoon, it’s not a Square Enix title– it was a first party Sony game.

I want it! I want it now! (Okay, LoD is probably a better candidate for a remake rather than a remaster/port.)