Can’t say that I approve of the flagrant disregard for deep diving safety protocols that are on display in our spotlight picture from Final Fantasy XIV, but at least reader Frank knows how to grab an arresting screenshot when the situation calls for it. Glug glug.

“Diving a thousand thousand fathoms below the surface of the Ruby Sea, Axelay discovers the fabled palace Shisui of the Violet Tides,” Frank said. After which a moogleshark swam by, ate him in one gulp, and then said “Kupo!” 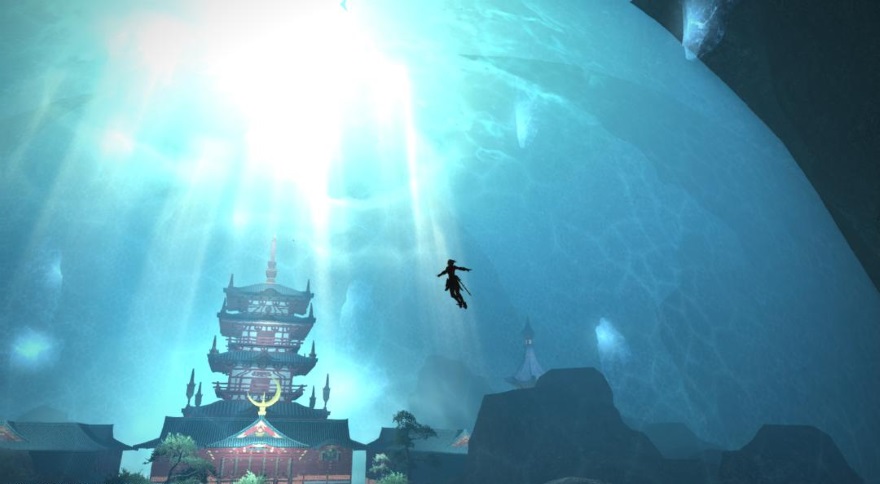 Our readers sure had fun showing off some of their favorite long-running characters this past week, including Miol here. Got to say, this passed my gut check of grabbing my attention when I was flipping through the comments!

“This Norn in Guild Wars 2 learned his traits as an engineer around seven years ago from his Charr buddies over in their Iron Legion territory of Ascalon,” Miol said, “as he never felt connected to Norn culture with their Spirits of the Wild and Great Hunt.” 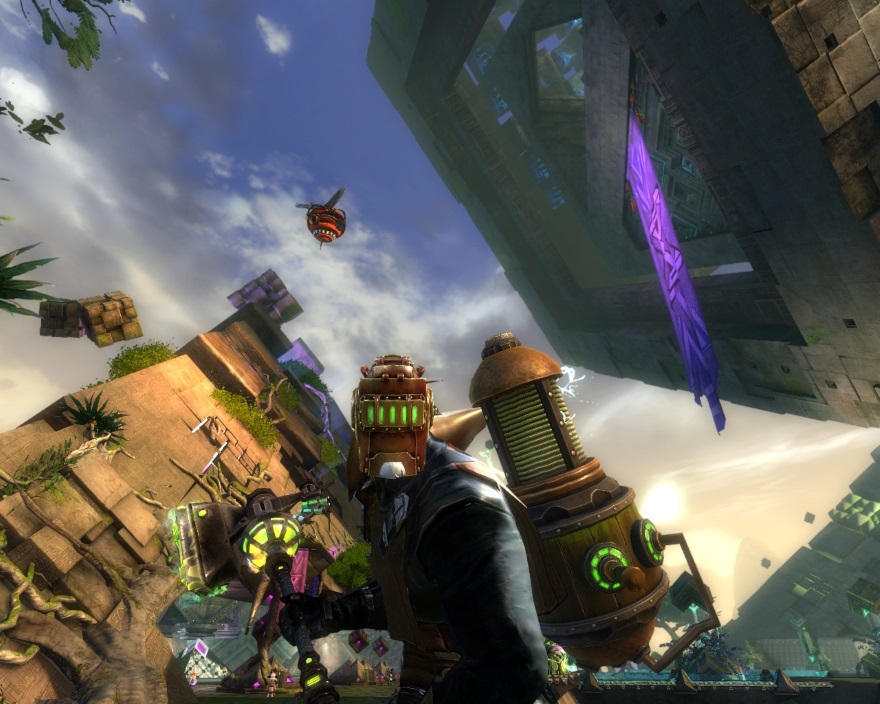 “I feel a bit weird submitting to One Shots now that I work here, but I had to jump on this week’s screenshot challenge,” sent in Tyler. “This is Mai, my outlaw rogue in World of Warcraft. She’s my avatar here on Massively OP, and she’s my most-played character in any video game ever.

“She wasn’t the first character I rolled in WoW, and she was effectively an alt for the first several expansions I played, but she’s the only character I’ve played at max level in every expansion since I joined back in Wrath (except BfA, since I haven’t played it at all). I have more history with her than I can tell in this format, and she’s become my face in the digital world. Nine times out of ten when I make my first character in a new game, it’s just a clone of Mai. Even if I never go back to WoW, she’ll always occupy a special place in my heart.”

You should feel weird, Tyler. So very weird. 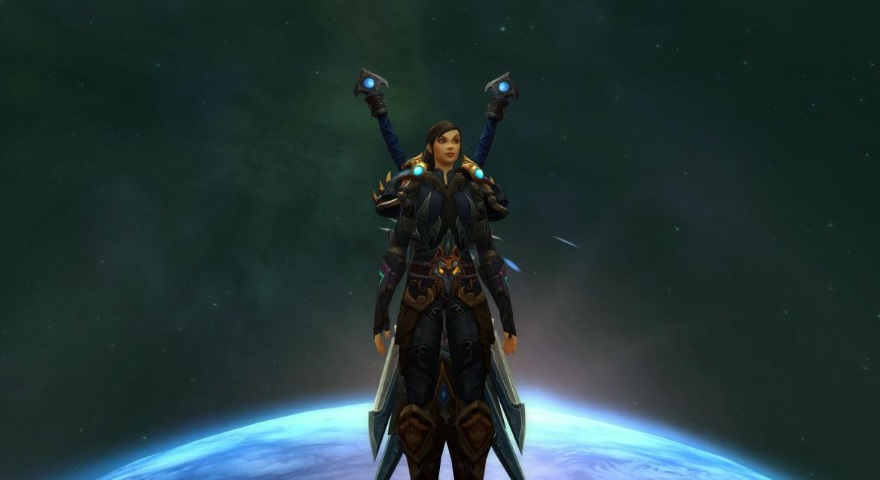 Hikari had a novel’s worth of character backstory to share, but I’ll edit it down to this bit: “Hikari is a character that started in 2002 in an original co-op fiction/RP inspired by Dragonball Z, so there is a lot of history here. City of Heroes was my first MMO, but I couldn’t make Hikari right away because I needed a Peacebringer to do her powers right. My second level 50 was Hikari Kenzaki, Human Form PB who ruled the skies in Siren’s Call. Hikari was not one of my main RP characters in CoH, but she informed several of the others’ origins.” 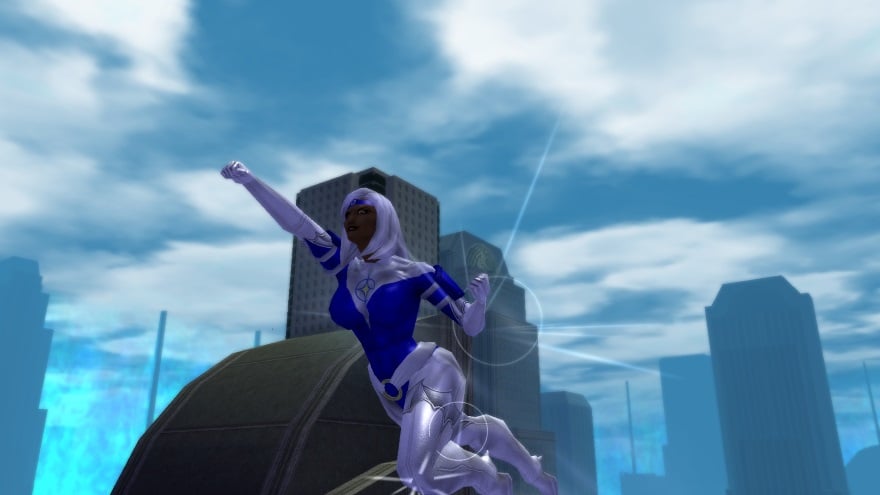 It does my heart so good to see someone send in a Fallen Earth picture. I crushed so hard on that underrated post-apocalyptic MMO back in the day.

“My tendency to reroll characters does mean that my most played has had a relatively short life so far, but since my latest (and likely last) reboot of my rosters the character I’ve played most is also the one that, overall, I’ve played longest,” shared Sixuality. “Croft has been exploring the wastelands of Fallen Earth since launch. Rerolled a few times over the years, but being a clone I guess that’s in character.” 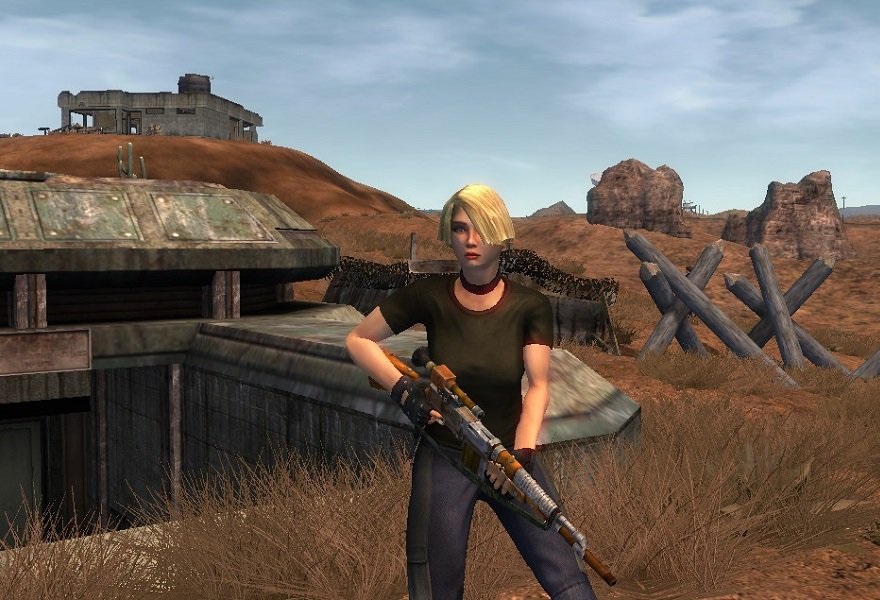 Below is my Elder Scrolls Online Necromancer exploring Elsweyr in the early hours of the morning. For this week’s screenshot challenge, show us a picture from your favorite time of day in an MMO and tell us why you like adventuring during that part of the day/cycle. 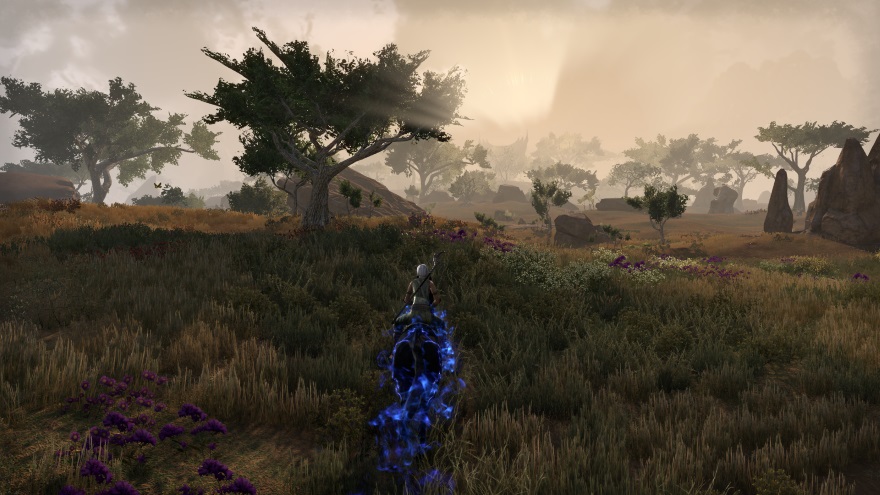