Well, this is unexpected. It looks like Final Fantasy XIV is going to be coming to the small screen with the announcement of a new television series courtesy of Hivemind and Sony TV, a surprising announcement as this will make it the first live-action television show based off an MMO in… ever, basically. (No, Defiance was developed concurrently; it doesn’t count here.) Hivemind is the studio behind The Expanse and the upcoming The Witcher series, so it’s got some pedigree there.

END_OF_DOCUMENT_TOKEN_TO_BE_REPLACED
The series itself is promising to be a new story based in the world rather than a direct adaptation of the game’s plot; considering the five years spent rebuilding after the Calamity, it seems that there is plenty of space to fill in even without having it be a contemporary story. We don’t yet have a director or any casting announced, so it’s likely going to be a while before this is more than this announcement, but… yeah, that’s a pretty big announcement to begin with.
Source: IGN
Advertisement 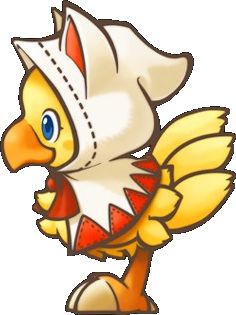 Live action though? I would prefer CGI or animated. It fits that fantastic world.

Budget special effects will not do.

Why, the budget for miqo’te ears and tails alone…

yay, this should be awesome.
not my kinda game but definitely interested in watching (more of) this stuff

good, I liked the XV movie.

Maybe we can put the FF14 story to test in a format that doesn’t allow for all the problems inherent to anime that the game gets a free pass on.

Wow. Just wow. This is incredible news. But I doubt it’s going to take place during that five years. Cid is supposed to be a character and he was missing during that time.

I feel sorry for the actors’ necks, what with all the head nodding that’ll be expected of them if this adaptation is to be faithful.

Need to find out where this is filming, so I can invest in local waxing establishments.

Speaking of necks, the elezen characters might need some CG help. Plus, I wonder how they’ll handle the lalafells.