Well hey, it seems like it’s another birthday for Pokemon Go, so you all know what we have for the anniversary party: another report card! Last year’s report card showed the game had made noticeable improvements over year one’s report card, but that might not be saying much.

This year had a tough act to follow though, as last year’s Generation 3 became Pokemon Go’s One Tamriel. Suggestions I’d made previously are still happening. However, year three was good, and it looks like year four has some promise. Let’s dig in. 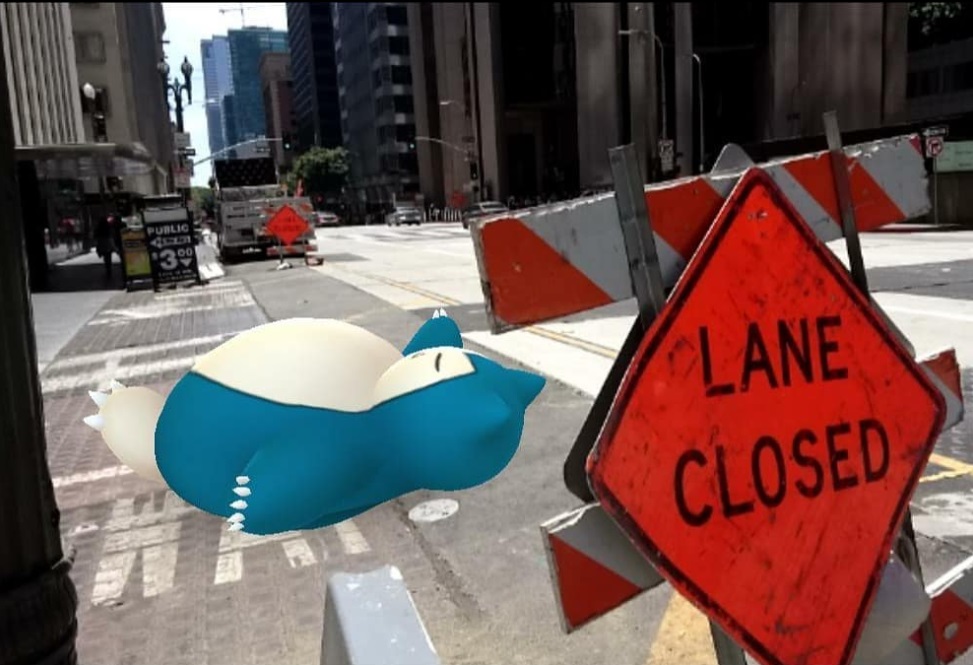 As usual, we’ll be looking at content growth, innovation, business/service model, community, and value using the grading scale that still haunts American culture: A is the best mark and F is the worst (we skip E, so that’s just 5 marks). I’m sure you all know that MassivelyOP doesn’t usually do formal scores for games, but a yearly, holistic approach at least helps me think of the game’s long-term growth, and I help it hopes some of you.

Content Growth as I’m defining it is additional content we’ve received since last year. Innovation is unique or rarely used mechanics in games, not just tech. Business Model and Service includes payment method, what you’re asked to purchase, and how well the company delivers it. Community is, well, why most of us play these games. It’s not just about the people who play, but what the game designers do to foster community. Finally, value is how much the game delivers for what it asks of your money and time.

For those of you keeping score at home:

To note, the score is based on yearly performance, not compared to last year or adding in with last year’s updates unless they directly connect with a past feature. For example, the QR scanning we got this year is a nice feature in a void, but it’s something I’d expect from a game these days, so it doesn’t give last year’s release of the friend system any extra points with me.

I stand by the grades I gave last year, but here’s the thing: as a teacher, I’m a harsh grader. Not only did my favorite students not get easy As, but I’d often hold them to higher-standards when I couldn’t get away with blind grading. That means POGO is going to get some rough treatment.

That being said, I think the game can handle the criticism. While it may not be the power title it was the first few weeks of release, the game itself is much better now, by a long shot. 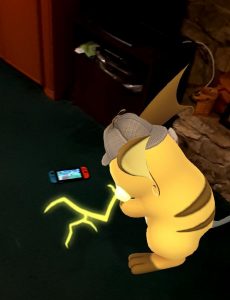 This year, we got lucky Pokemon and friends, EX Raid sharing, AR+ mode, PvP duels and PvE “training” duels, GO Snapshot, new lure modules, and Pokemon Let’s Go games. Yes, I am leaving out a few items, but those are barely quality-of-life features. Lucky trades and friends encourage player interaction compared to, say, adding QR Friend Codes, which are basically a one-and-done feature you expect from any social media app.

AR+ was perhaps the weakest addition, allowing more players to access a feature that basically everyone turns off anyway. In a game about not just collecting them all but collecting them multiple times to build them up, anything that makes that process longer without adding adequate incentive to take that extra time is going to be left behind quickly. Why this issue wasn’t seriously addressed for Harry Potter Wizards Unite is a mystery to me, but only one good thing came of this system: GO Snapshot.

By itself, being able to take pictures of your favorite Pokemon any time and anywhere is fun. It’s something the community has asked requested for ages. Getting it was fun to say the least. Getting it with AR+, which I’ve only recently been able to use often, is like a dream come true. It adds nothing to my avatar’s power, but it increases downtime fun immensely. It’s one thing to be able to make my creature fight, but it’s another to put it out into the world, walk around it, call its attention, and easily share its pictures online. The game needs more non-combat options, and this was a good start.

The ability to invite friends to EX Raids doesn’t sound like much, but it certainly helps communities and friends. While sadly most of my real friends have moved on from the game, it’s easy enough to meet new people and invite them to raids with the new system, so major kudos to Niantic on this, especially as they’ve been going through the Deoxys forms at a reasonable pace.

New grass, ice, and steel lure modules may not seem like much either, but creating type-based Pokemon hotspots that bring unique or uncommon Pokemon to players on command is nice. They’re not so strong as to create a pay-to-win situation, but they’re unique enough to also call players over when they might normally ignore it, if not for the unique spawns than for the ability to use the area for its unique evolving method: Certain Pokemon can evolve only in these new lure fields.

Finally, real Pokemon battles. These aren’t asynchronous bot battles like gyms, but rather a more active system of PvP with little to no meaning besides daily rewards (win or lose) and some achievements I think most people end up just farming. Player made leagues have popped up around these, but as suggested in the original release video, you can now walk up to someone and propose a good old-fashioned throw-down.

This still leaves out the cross-play we got with Pokemon Let’s Go, which has made the series itself more all-encompassing and with the upcoming Pokemon Home and Pokemon Sleep is finally coming into fruition. We may not exactly have whole cities gunning for Mewtwo, but it may be closer than we think.

While we got a lot of content, very little of it was truly innovative. PvP duels and even PvE training options, especially as they done, are core basics the game should have been released with. Maguss actually did it, and I’d argue Maguss’ is still largely more interesting in terms of gameplay to boot.

Snapshot mode isn’t exactly innovative as other games have it, but it still feels like something that we get more in apps than as something fun in games, so points there. It felt like a very “Nintendo” move, and Niantic could do more of this. I’m still waiting for breeding, bug catching contests, more interaction options, and Pokemon Contests, but the Pokemon Snap bare basics are there, so hopefully we get more stuff like this in the future.

Cross-play, however, is where things get interesting. It’s one of the features I both love and hate in that it feeds my hoarding instincts and send them into another game. Having an event in POGO sort of creates event opportunities in Let’s Go. I actually ended up getting both a shiny and perfect Snorlax in Let’s Go because I farmed enough spare Snorlax in Let’s Go to trigger a kind of farming event. I’m not even playing the game against other people and I lost hours of time to this, which says a lot to me. As we’ve seen that we’ll get more of this in the upcoming Pokemon Sword and Shield games, I’m both excited and worried about what the future holds.

Business model and service: A-

I’m surprised I get to say this, but it seems as if paying for power is almost gone from the game. Yes, those who pay more do have advantages (more leveling tools and higher-stat Pokemon), but there’s so little need for it these days, especially with the addition of PvP and how the community has embraced the lowest-tier bracket, ensuring that a broader, non-pay-only Pokemon are seen as some of the best options for play.

In fact, Niantic has even made more optional packages that cater to different playstyles. I’m not much of a raider anymore, so having a more consistent opportunity to get incubators at a discount means I can focus on the content I like (walking and playing). The pokemon you can hatch are stronger, but most feel like they’re “skin gambling” at worst. Since from day 1 I’ve looked at them mostly as a source of stardust (one of the game’s main leveling tools for ‘mon), it seems as if I’m buying a boost plus a chance at rarer skins.

That being said, what I’ve also enjoyed is having more customization options, and not just paid ones. Players have more diverse hair/skin tones plus free clothing. I feel like less of a clone these days, and my avatar better represents what I want to show.

Little has been done to really help players from last year. While the new Legendary Raid Hours that light up raids with the local legendary for one hour every whenever-Niantic-wants-to might be helpful for pre-established communities, I can’t imagine how it might help anyone outside very small, rural communities. Any medium sized-location simply has too many raid locations to make this feature useful to anyone other looking for a group.

That being said, the PvP option, complete with Friend Codes now having a QR Code option, does help a bit. When tied with daily rewards, it gives players another reason to talk to fellow players, and I’ve been on both ends of that experience. 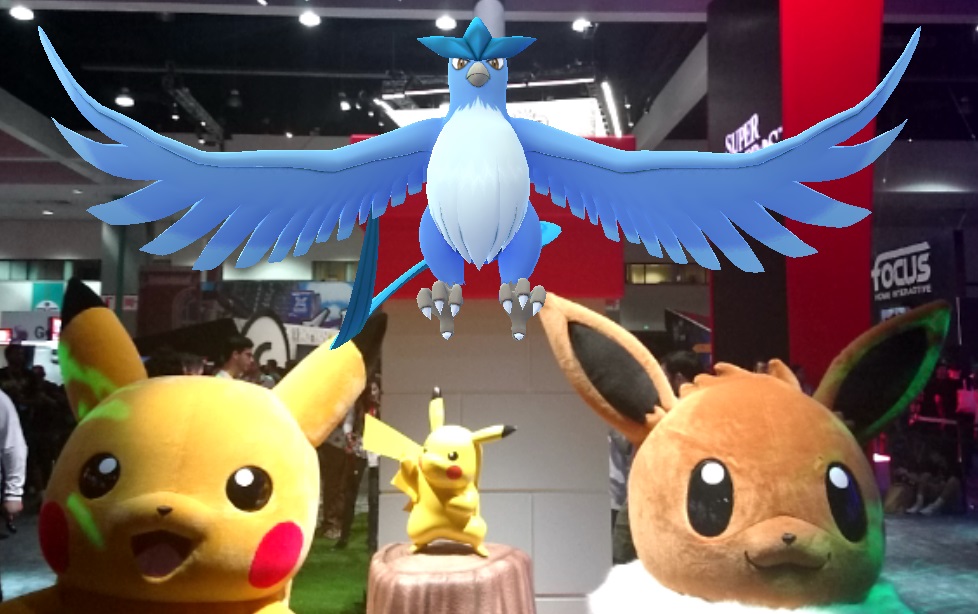 Less pay-to-win, several ways to flatten the playing field, high connectivity with the Switch game(s), at least one if not more monthly events, plus several fan fests around the world each year – all of this makes me feel that I can finally recommend Pokemon GO to more traditional MMO player.

We don’t yet have anything like a “Looking For Raid” system, there’s no in-game chat, no official channels to find groups, and no way to see other players on your map, but Niantic has done a fair amount to increase fellow player visibility and give us reasons to approach each other. If you just want to jump in and raid, that’s not going to happen, but enough goes on that I always feel like I can get something done and possibly have the opportunity to meet new people when playing the game, even if it’s just for a quick raid.