Disaster! Our plucky Praetorian has plunged into a pit of perilous despair! The challenges of this bold new world are mounting, and the pint-sized protector of the people has run in to a steep wall, facing hardships, close battles, and even defeat! Will he bow to the burdens of being a hero in this beleaguered and blighted timeline, or will he arise from the crushing detritus of defeat to take the fight to the nefarious Emperor Cole? Only his fate can be told by you, dear reader, in MOP Hunter-Killer Issue 1: In the Face of Mounting Malice!

Someone in the comments of last week’s article mentioned that the Going Rogue expansion and its concomitant zones were more like a hard mode for the default of City of Heroes. I kind of balked at the thought, if I’m honest. I don’t remember much about this game being challenging, especially at the early levels. Sure, some archetypes or powersets maybe came in to their own later rather than sooner, but hard? Not the word I usually describe this game.

…so naturally this is the week that I find out just what that reader meant. 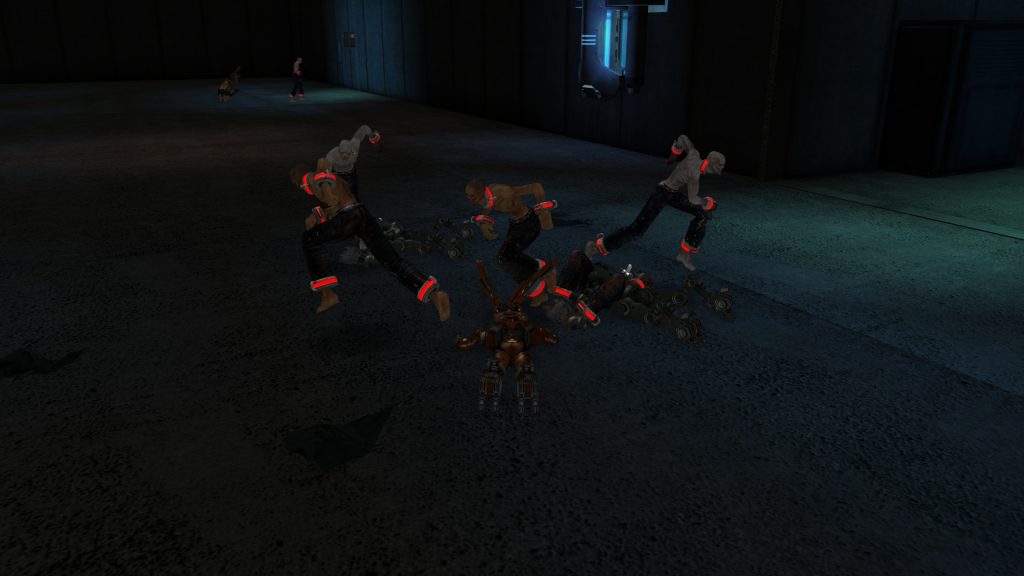 As per your votes, I’ve pressed forward with the Warden side of the Resistance, taking on several door missions in the story chain as well as the Going Rogue version of radio missions — randomly generated door missions that usually involve a simple sweep-and-clear with perhaps the added “wrinkle” of clicking on a glowy. As things wore on, though, I started to feel… well, not terribly superheroic, if I’m completely honest.

Perhaps it’s because I am astrally aligned to dislike pet classes much like Justin is predisposed to disliking elves, but the Mastermind is just not hitting the right buttons for me so far. Granted, I’ve still got plenty of levels to get up to, and maybe things will become a whole lot more engaging when I have more robot friends stamping around nearby, but I have to say that there’s a lot about the Mastermind that I’m not sure I can recommend. 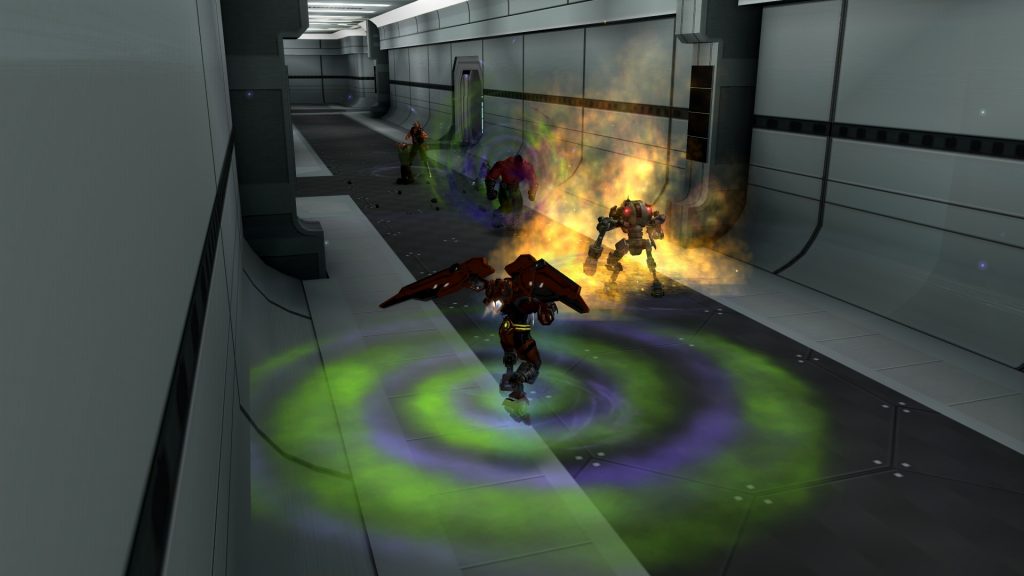 First, the good stuff – because damn if I just don’t have that annoying habit of finding the good in even a bad time: Going Rogue absolutely is an illustration of a dev team that was comfortable and confident in its game’s engine and what it could do. Ignore the low (by today’s standards) polygon count and the mitten hands for a moment and really take in how story missions play out here. There’s a delivery and an elegance to them that really showed that the devs at Paragon Studios were breaking new ground back when this expansion was released. Who knows what else they could have done if they were given the time?

Also, the world of Praetorian Earth is absolutely beautiful. The cityscapes have that alluring mixture of modern futuristic sensibility with an art deco style that reminds me of Batman: The Animated Series, but bathed in antisceptic, powerwashed greys and whites instead of cloaked in dark blues and blacks. It visually toes the line between being a comforting place to be while also feeling disarmingly sculpted, like things are a bit too perfect.

With all of that said, however, there’s just some things I’m not sure I can surmount, or things that I’m having more difficulty clearing than I thought. And most of those focus on the game’s missions and how they feel as a Mastermind. 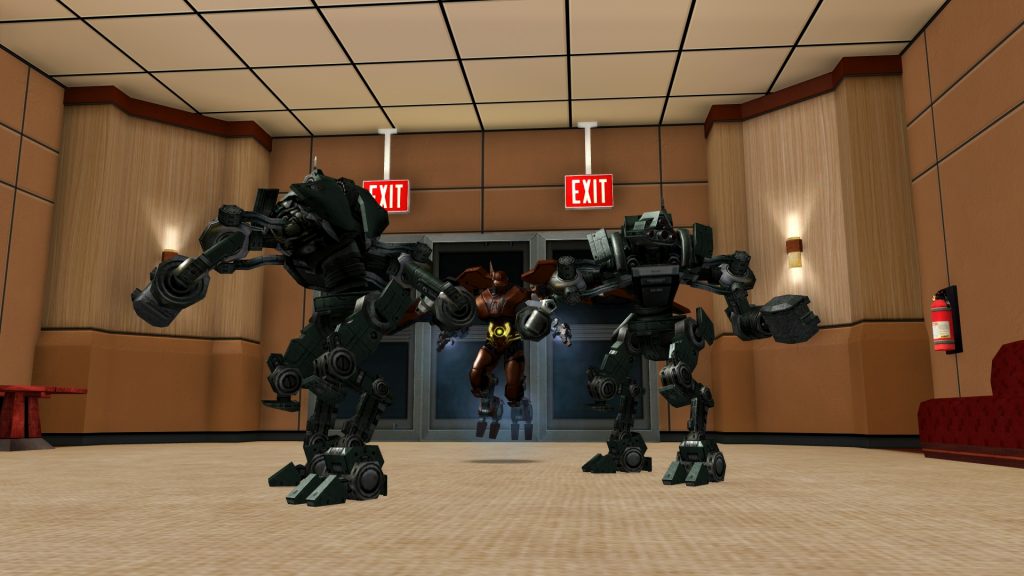 A lot of the enemy types that I find in Going Rogue seem to hit extremely hard and apply damage types that I don’t know I have mitigation for. Most of Time Manipulation is about debuffing and buffing, so I’m relying on the latent defenses of my robots to carry through the day, especially since my only healing skill takes an absolute epoch to reload from cooldown. If I didn’t know any better, then, my robots are made of a material that gleefully soaks up energy damage and crumples at the slightest fierce punch.

My poor little robots get beat up a whole lot, and while summoning more is the right and proper reaction to when things go badly, it still frustrates that so much damage is being meted out against so low a level of archetype. The police enemies lash out with some potent energy strikes. The punk rock foes whose name eludes me burn stuff preternaturally well. And don’t even get me started on the hell that is the Ghouls. I haaaate these things. They tear into my robots like pull apart monkey bread.

So I feel like I’m going in to things half-cocked, bringing a class that just does not have the tools to mitigate the wide swath of things that Going Rogue flings at me. At the same time, though, it is entirely possible that I am just extremely awful at playing Mastermind. 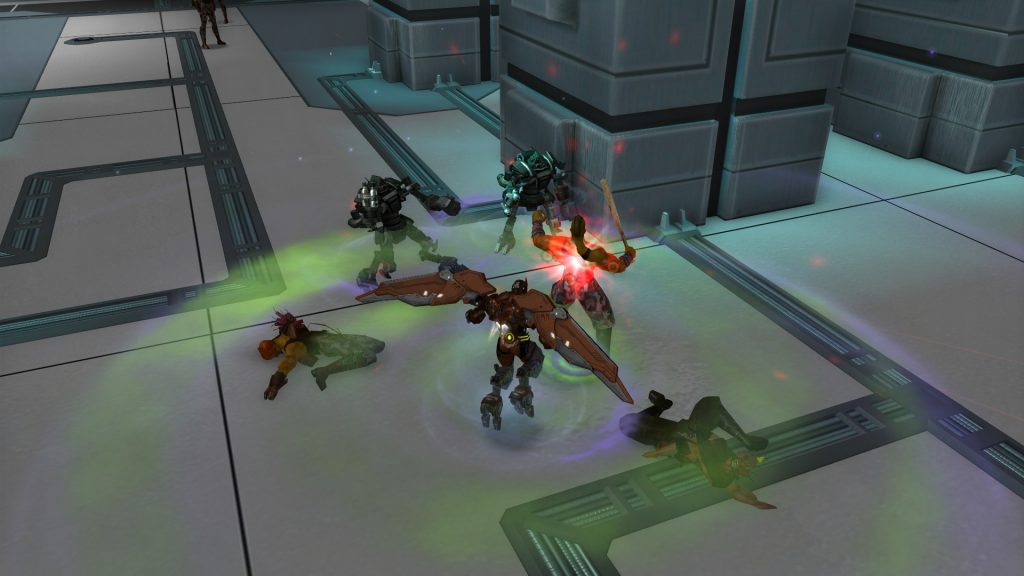 I can blame the miserable AI for running in to melee range even though they’re wielding laser guns. I can blame the damage types coming at me from the enemies in Going Rogue. Heck, I can even blame the abject lack of other people in Praetoria, which would make finding a group of folks to help extremely difficult if not impossible. But if I’m genuinely honest with myself, I’m just not good at corralling my robotic kittens.

I’m sure there’s some finer levels of control one can exert to keep your robots operating at optimal range. I’m sure I should probably lead my pets better so that way they don’t leap in to a giant mob of foes and get overrun. And I most definitely should do more in terms of keeping active in a fight. The simple matter of the fact is, though, that I am mentally checked out of using a pet class. Still, we can’t let our intrepid little MOP robot friend falter, right? Not when I got him a new look and am eager to try to fix things or see this month through. So with that in mind, let’s put it to a vote.

I’m leaning towards sticking it out, at least for one more week, just to see if I can snag more levels and even get some more tips on how to be a better Mastermind. That said, I’m 100% OK with rolling up a new character of my choice and trying again. After all, the real endgame of City of Heroes was always creating an army of alts. So what will it be?

Should we stick it out as MOPpie or try something new? 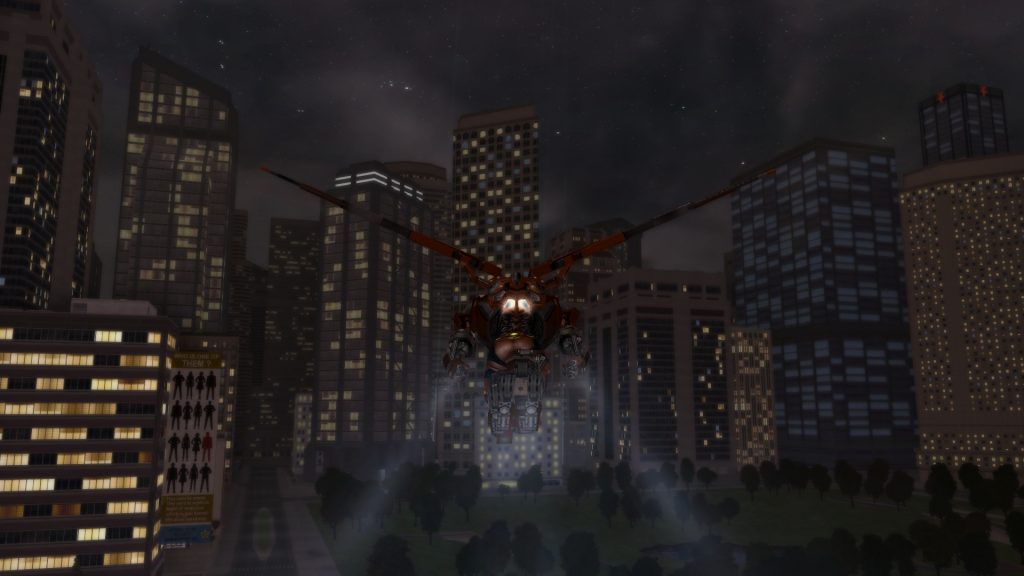 Polls will once again close at 1:00 p.m. EDT this Friday, July 19th. Until next week, true readers, here’s hoping I can wrap my head around this archetype and this entire area. I don’t want City of Heroes to suddenly be not fun for me…