Here we go again with the “games are evil” nonsense, right? We’ve had that agenda pushed in our faces before, and Massively Uplifting is pushing back! We know the real story here: Gaming can be good for you, and gamers have got the goodness going on! We see you out there doing good in big and small ways, individually and collectively. And we’re proud of all the kindness, compassion, generosity, and outright awesome humanity that you show for your fellows in the world.

This past month has been no different, with a number of examples of charitable giving from Paladins, SMITE, and Warframe players, communities drawing together to mourn and celebrate lost members in Artix Entertainment and a Star Wars RP server, and resilience in the face of adversity. So thank you! Thank you for being you. We celebrate and admire you.

Corps and communities come together for charity

TennoCon 2019 wasn’t the only studio-sponsored event that raised money for charity last month. Hi-Rez Studios has been a corporate sponsor supporting Child’s Play since 2015,  raising $224,000 that first year through the sale of a SMITE holiday chest that gave a special skin. In 2018, Paladins joined in as well with its own offering for players. For 2019, the combined total donated from the special sales was $419,446! That brings the total of funds donated to Child’s Play over the year by Hi-Rez and its player communities to over $1 million US.

Don’t think that this partnership will end anytime soon either; Hi-Rez seems dedicated to this special yearly tradition. As CEO Stew Chisam put it, “We love that our fans stand by Child’s Play’s mission of helping kids feel better by playing games. Philanthropy is an important part of Hi-Rez’s identity and we’re so lucky to have players that support doing good in the world with an awesome partner like Child’s Play. To know we helped fund a gaming and technology specialist position for our local Child’s Play Hospital, Children’s Healthcare of Atlanta brings this even closer to home.”

Proud of our players for helping us push past this impressive milestone over the years. Big thanks to @CPCharity for all they do!! https://t.co/gGHjkSglxo

A single act of kindness

We know about the huge chunk of change Digital Extremes’ raised for the Canadian Mental Health Association last month, showing that collectively the Warframe community is a darn generous bunch! But that goodness and generosity toward others is also individual and personal; sometimes, those helping hands reach out to other hands.

One example that just epitomizes the spirit of giving at TennoCon comes to us from ArgonSix. While heading back to the hotel room while at the convention, ArgonSix came across a homeless man who wanted some change for coffee. ArgonSix, who had just purchased a coffee and donut, didn’t just hand them over but took the time to speak with the man and learn his name. See a need, fill a need can be as simple as that! 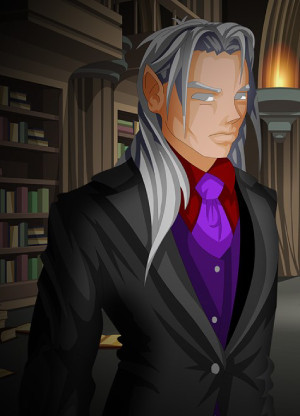 Losing a master of Lore

The AdventureQuest family, the older sibling of AQ3D, lost a master of Legends and Lore last month. Falerin — who went from sharing his IRC chat server with the devs for weekly launch nights to writing for the game to becoming a famous LoreMaster mentoring other authors — passed away on July 23rd, 2019. Artix Entertainment posted an announcement to players, sharing Falerin’s history with the community and offering ways everyone who desired to could pay their respects, including establishing a special place where folks can play through Falerin’s most iconic stories released during his 14 years of writing.

“Share your memories of your favorite stories and moments by posting on Twitter using the hashtag #Falerin,” the studio wrote. “The family would love to know how his stories have impacted you. If it’s been a while since you’ve logged into the original AdventureQuest, it might be fun to go play through some of his iconic adventures. The team will be putting up a special hub for you to access his most iconic events as well as a commemorative in-game item, the LoreMaster’s Tome.”

Gaming communities can become really close, and even when you never meet in real life, you mourn the loss of one of your own. One Reddit user shared how over 100 other players on a custom Garry’s Mod Star Wars roleplaying server came to honor a community member who had passed away. And in true Star Wars form, many memorial attendees came in full clone trooper regalia.

A member of my GMod Star Wars RP server recently passed away in real life, so we held a memorial with over one hundred players in attendance. from gaming

Gamer’s got guts and glory

Tell us if you’ve heard this one before: A gamer is a deadbeat sitting in mom’s basement eating Cheetos and eschewing the whole work and social scene — and even hygiene — in favor of endless hours glued to a game. That description is meant to belittle and dismiss all gamers. We know it isn’t accurate (OK, maybe once in a while it is), but here’s a story that puts that whole notion to shame, showcasing the resilience and strength of one of our own.

As readers will recall, NBA 2K League competitive player Timothy “oLARRY” Anselimo was shot four times by the gunman who perpetrated a mass shooting at the Madden NFL tournament in Jacksonville, Florida, last summer. He sustained damage to his right hand, necessitating a change in how he holds his controller. Anselimo had stated he was unsure if he would return to playing — but he did. And now, Anselimo has won ESPN’s ESPY for Best Esports Moment 2019 for his return.

We’re glad the tragedy didn’t keep you down, Anselimo! Keep fighting, and keep winning. Thanks for your inspiration. And cheers to the community for voting in this win, highlighting this accomplishment of perseverance.

Guess what? Gaming is good for you!

Wouldn’t you love to just obliterate this gaming-makes-you-bad-and-violent mumbo jumbo right now? We know that it’s not. The above examples are specifics of the goodness of gamers, but gaming itself is also good for you in general ways. While nothing in this list is a real surprise to us, we can add this article 15 Surprising Benefits of Playing Video Games to our arsenal of things to send to folks who just don’t get it. We’ve already addressed gaming’s role in helping those with autism, social connections, leadership development, and improving decision making skills in a past The Soapbox article, but this lists adds more fuel to our good-game fire.

For example, did you know video games are medically beneficial? They can help to slow down aging by keeping the mind active. Playing also helps improve balance for multiple sclerosis patients! Researchers are noting that when played in moderation, games also help improve your vision. Action games have shown to improve reading comprehension for those with dyslexia. And surgeons who play video games are less likely to make errors in procedures requiring small incisions! So maybe ask your laparoscopic (small incision) specialist what s/he plays before you go under.

That’s not all folks! Check out these other feel-good stories from throughout the month and enjoy even more warm fuzzies.

They’re taking the hobbits to Conan Exiles, where someone rebuilt the Shire

The Stream Team: Enjoy a weekend of Weatherstock concerts in Lord of the Rings Online

Fan ports the original Diablo to the Nintendo Switch

I found the president’s tweet about gaming’s relationship to the murders very bizarre, almost antiquated in its casually-thrown-in-there approach. Thank you for posting this as a reminder.

All that deflection! I think I’ve posted it before but I’m not only an RPG gamer, I love FPS games and jam to death metal. By their estimation I should have depopulated at least one state in a violent rage! Yet my worst offense is going 40 over the speed limit in the 90s when I was in my 20s.

I remember playing D&D in the 80s at the height of “This will turn our kids into Satanic murderers” paranoia. I’d say 3/4 of the people I played with make over six figures in salary each now, with stable family lives and happy dispositions.

Stable family, happy — check. Making money? Oh, well can’t win them all <3 To be fair, I ignored the game mostly in the 80s and started in college instead. That's where I went wrong!

This is all good to see. I’ve been gaming since the late 70s and it’s been the best part of my life. It forces introverts like me to actually meet people to play games, both board and video games, and I met all my long term friends over our mutual interest in games.

There are negative aspects to gaming of course, but the focus on the negative is far too common, focusing on the good is rare and needed!

I would like to see this column much more often, video games have had a bad name since Pac Man, in some ways. I think it’s awesome to make as big a deal about the good things in video games, game companies, and players as we do about the other side of things, maybe even more! Great article!

Since it’s not bad WoW news, I never expect it to get covered here, but once again, Method did good in their race for world first, raising $65k+ for Save the Children!

That is wonderful! Wish I knew to add it in. I can’t find all this alone, so I ask folks to send me news they find or hear about good stuff in gaming! I’d love to add in stuff like this, so you can send it via tip button or to warmfuzzies@massivelyop.com and I’ll get the good news in =D

RuneScape Mobile has finally launched for iOS and Android – here’s...

Book of Travels features Breath of the Wild-inspired cooking, food, and...