Any way you look at it, Zenith is having a very round of fundraising. The virtual reality cyberpunk MMORPG’s extended Kickstarter campaign has crossed $167,000 in donations to date, which is something like 625% of its original $25,000 goal. Over 1,800 backers have supported the project, which aims to create a “gorgeous world that you want to get lost in.” (And don’t worry if you lack VR — there will be a desktop version as well.)

Thanks to the longer campaign and the rising tide of donations, Zenith has met several of its stretch goals. These include pet familiars, a “ramen review,” player vendors, housing, and transmogs. A new playable race will be unlocked if the campaign can top $200,000.

“We’re overwhelmed by the support our backers and community as we work together as co-creators to realize our shared vision for a cross-platform VR and PC living anime world,” said Andy Tsen, co-founder of Ramen VR. The small team released an infographic for the Kickstarter campaign which you can see after the break. 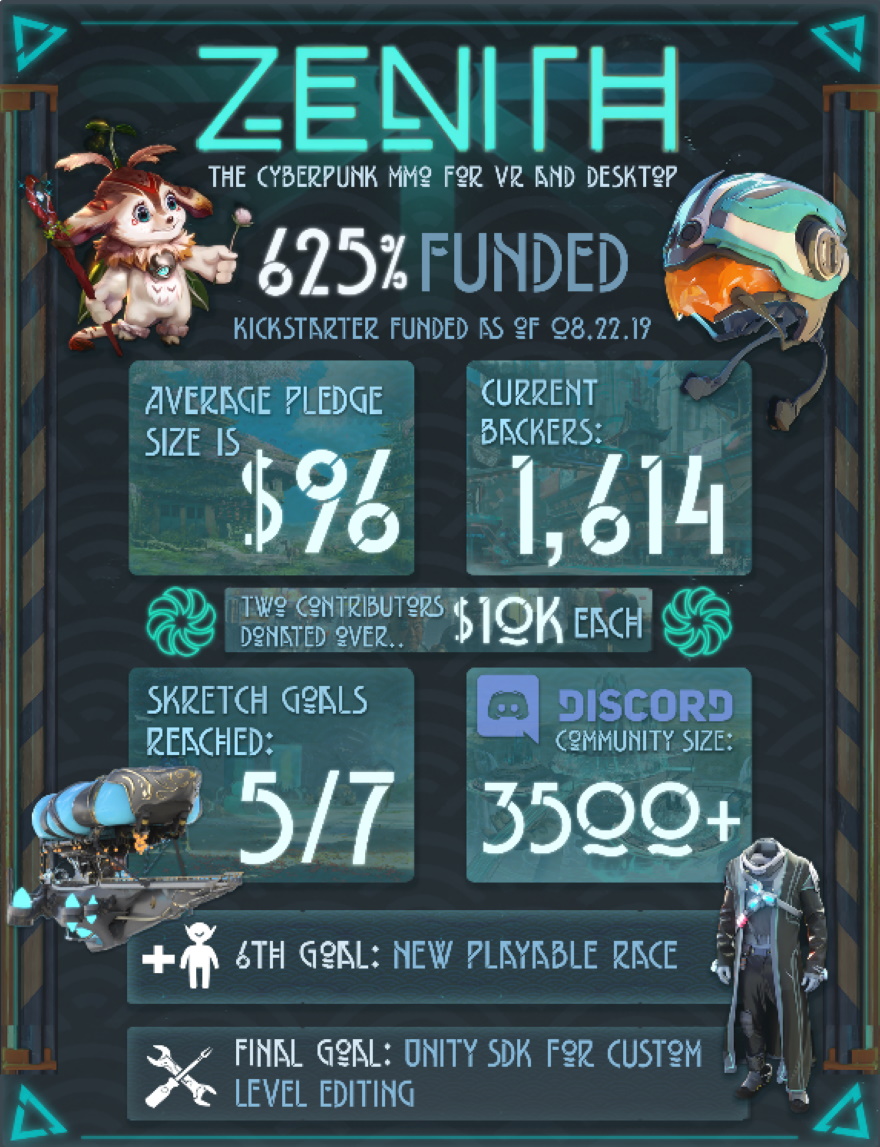 cool! i will totally have to keep my eye on this.