I needed a break from Black Desert after that disappointing enchant session I recounted in the last edition of the Desert Oasis column. A few of the comments mentioned better ways to spend my money, but to me, it was a great learning experience.

But a learning experience can still be a very taxing, which is fine. As I farmed my cash back, I felt like I needed a break and try something else. You know how it is: Sometimes you just want a vacation from your main squeeze and try a side dish.

END_OF_DOCUMENT_TOKEN_TO_BE_REPLACED
So I looked around a bit. I thought about Dungeons and Dragons Online, Final Fantasy XI, and Ashes of Creation Apocalypse, but then something more my speed landed in my lap: a studio-provided review copy for Black Desert, but on console. As a PC fan, I readily admit the last time I played an MMO on a console was Final Fantasy XIV for the PS3, but I was all in to test out Black Desert Online for the PS4. 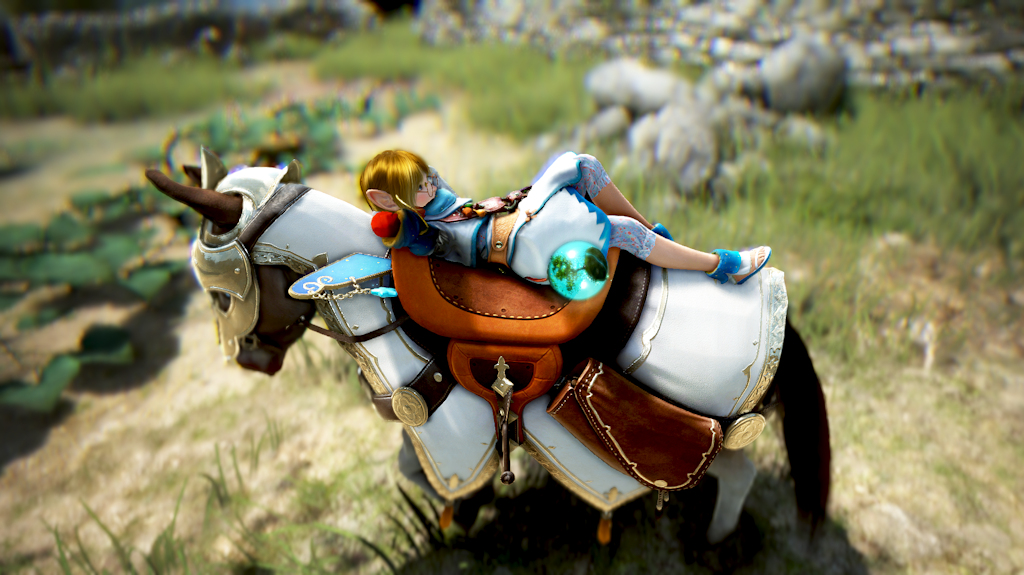 Now, I was a bit hesitant since my hardware isn’t up to date. I only have the original PS4 that I got at launch and a TV from 2014. I wasn’t expecting this game to be pretty. I imagined it to be a game running at 1080p, but with 30 frames, with features like anti-aliasing disabled to accommodate for the older console. I’m an open-minded guy though, so I have it a shot.

I was pleasantly surprised. I got exactly what I expected in terms of the graphics. It’s certainly not as gorgeous as it is on my PC, but it looked good enough to impress a potential player. As expected, it did run at about 30 frames per second. The game’s graphics on PS4 feel like a hybrid, with the game’s remastered mode on display, only with lower-resolution textures and seemingly no anti-aliasing. But once again, I’m pretty sure that had to do with my hardware. The game also stuttered; there were times when the game locked up for five seconds as it loaded its next set of frames.

But despite those issues, it wasn’t the gameplay that got me hooked – it was the convenience.

Normally, I’m either playing Black Desert on my desktop rig or my laptop. But even a gaming chair can get uncomfortable after an extended play session, and a laptop on a bed can get pretty hot. Playing on a console was a completely new way for me to experience this game. It felt so good just to play BDO on the couch on a big screen. Playing this game on two joysticks is, well, a joy.

The face buttons initiate your attacks, save for the X button, which is jump. The R1 and R2 buttons are your main auto-attacks. The direction pad navigates the various options and menus. The L2 buttons modify those direction buttons to access other menus. And Pearl Abyss also included a radial menu to help with items and various other shortcuts. It works very well, and while it’s nowhere near as fast as the PC version, the decisions made sense for a controller.

The team clearly also made sure the UI worked for consoles. It’s easy to navigate on a controller, and the text is big enough to read from across the room. It looks very nice too; I actually appreciated the sleek lines and clean-looking menus. It’s also a breeze to log in. Just turn the game on and it will log you in without issues.

I actually really welcome these conveniences. It reminds me of how much more casual and relaxing playing a console game – even an MMORPG – can be. And for me, those perks were enough for me to ignore the graphical limitations of my old console. Oh, and I’ll just leave this here.

Playing this game on a Vita was so awesome. I got to play on the bed without a clunky laptop heating up the entire room! Admittedly, it’s got its limitations: It can stream at only 2.5ghz, so the picture quality isn’t the best, and even though I have this fancy case that allows me to use L2 and R2 buttons, I was disappointed to see them mapped to the upper left and right hand corners of the touchscreen, not the rear touchpad. (I really hope Pearl Abyss would consider remapping that; it would be such an awesome way to give this game even more flexibility.)

This is a great port. And I’m saying that as an avid Black Desert player who still thinks the PC version is the best way to play. This release is such a great opportunity for those who just want to dive in. It’s a rare chance to experience the game on a fresh start server too. While PA will probably release the other content expansions within the next few weeks, just as it’s been rolling out content at a faster pace for Xbox One, it’s actually amusing just playing a version of BDO that just has Mediah available. It’s a trip down memory lane and a good opportunity to play areas while they’re still relevant. It’s a chance to see the economy on this game grow too. It was disorienting to see prices so low, but I forgot how poor everyone is at the moment!

The PS4 game doesn’t even have awakenings for characters yet, so the powercreep that came with them isn’t there yet either. It was actually refreshing just playing the game with my mainhand weapon, not worrying about the extra weapon yet, so that’s an extra bonus for easing new players into the game. When I joined the PC version back in 2018, every class had awakenings already and the economy was in full swing. It was a little overwhelming. Allowing newbies to explore the game while gradually adding features is best approach I can think of for an MMO like this one.

While I do enjoy the game, I still have issues, and they’re primarily technical as I noted. The game stutters. It struggles to keep that framerate at a steady rate. The console’s fans also go full blast for this game. I’ve never heard my PS4 get that loud before. The load times are incredibly long. I imagine it’s probably because of using the outdated console, but I would be lying if I said I’m not interested in a PS4 Pro after playing the game this way and seeing how much potential it has on a new machine.

Another issue I ran into was that I needed PlayStation Plus to play. I wasn’t a huge fan of having to shell out an extra $10 just to access the servers, but that’s more of Sony issue more than a Black Desert issue. Just be ready to spend a little extra to connect.

This game alone made me seriously consider dropping the $350 for a PS4 Pro. If you’re in the market for a console MMO, I highly recommend the PS4 version. I would play it if only because of the added remote play ability. In fact, I’ll actually play this game for a while – it’s got me hooked even if the graphics aren’t as good. It’s a little ironic how I’m taking a break from Black Desert Online, by playing more Black Desert Online on another device, but stranger things have happened.