Of all the Desert Oasis articles I’ve written so far, by far the most fun I had was doing a guide for two of Black Desert’s best grindspots – maybe a curious concept for some themepark MMOs, but common content for leveling up in BDO. Alas, I didn’t have enough space to cover all the best sports, and there are so many I want to share. So for this article, I want to put a spotlight on the Mediah region.

END_OF_DOCUMENT_TOKEN_TO_BE_REPLACED
Even though Mediah released in the west back in 2016, it still offers great locations for players to get their grind on. With the recent updates to other grindspots, many of these spots have emptied out and are less contested than in the past. But relevance isn’t the only thing that makes a good grindspot; sometimes a place you love to go to pays for itself over and over again.

One thing to take note is that this place drops the Asula accessories. These accessories are great for fresh level 50 characters, and you’ll have them for a while. They’ll make you strong enough to at least work on desert nagas or make your Mediah grind more efficient. These days, there’s a quest that will award you these accessories, so they’re easier to get. Also, upon release of new classes, there’s usually an event that gives players the accessory set. As of right now, it’s never been easier to get yourself into Mediah.

These spots are still great places to make money because of the drops. All the areas will drop forbidden books. Combine five of them to create a scroll that starts a combat quest that rewards you with loot and memory fragments. They sell easily, so even if you’re not doing it for the scroll, it’s easy money and adds to your haul for that grind session. 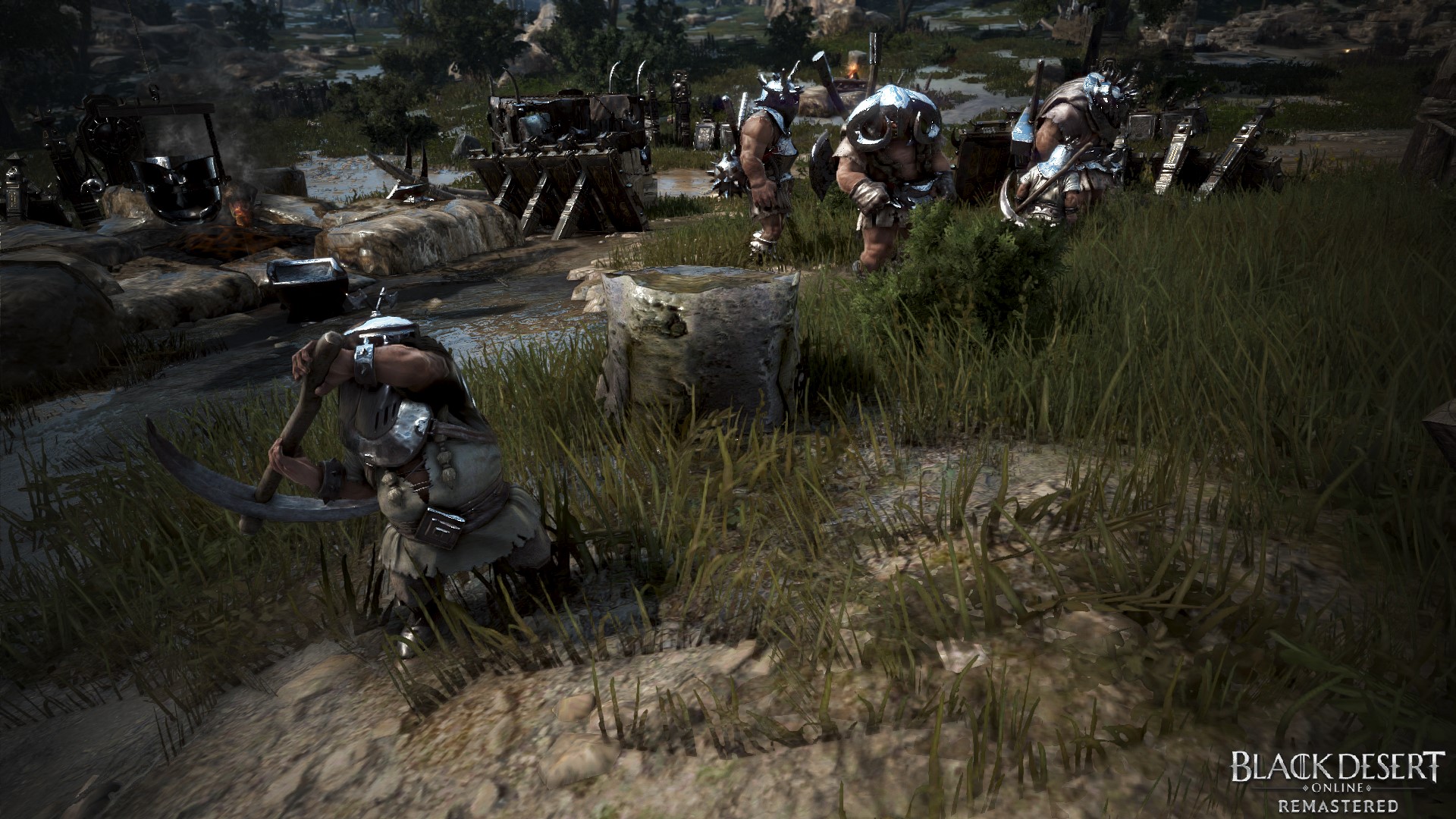 When I first started, many players suggested farming Helms. There’d be parties forming to farm the area, and for good reason. It was a great spot – but also heavily contested, so it was safer to go in groups to farm up some money and experience points. I still use this place to get my characters up to 56 during off-peak times.

There are three main areas to this spot: the outer area, the main outpost, and the caves. The outer area and main outpost are great spots to get your character to 56. Most folks would recommend a minimum of 90 AP, but you won’t be one-shotting your mobs. For efficiency’s sake, I recommend having at least 130.

The mobs drop trash loot (loot you sell to the merchant for a fixed amount) valued at 840 silver, which can add up. Deeper down are the caves, and the loot is even better down there. The mobs are much tougher here, so I recommend an AP closer to 200 to do well in this area, but expect players down there too, so the stronger you are, the better! If you like killing foes bigger than you in thick armor, it’s a good spot to try out.

My former guild would often run guild missions in this spot. A guild mission is a quest that the whole guild undertakes. The prize is money for your guild and also for the participating players. The layout is a large circular area with three layers of “rings” making it easy to carve out a decent rotation for farmers. While grinding the spot out for this article, I got into a scuffle with a player there. I just killed him once, but he called his guildies on me, so I had to switch servers. (The trials and tribulations of video game research, right!?)

Aside from that, after switching servers, I farmed about three hours without seeing another soul. The trash drop is valued at 500 silver a piece, and monsters drop about two of them at a time. I made roughly 15 million silver per hour on my run. That’s on the low side according to Grumpygreen, a website I use to track money earned per hour in grindspots. I didn’t really know the rotation super well for the area, so there were times when I experienced downtime as I waited for mobs to respawn.

If you’re the type of person who wants to stick it to the man and help free the poor, enslaved workers of the mines, this may be the spot for you! 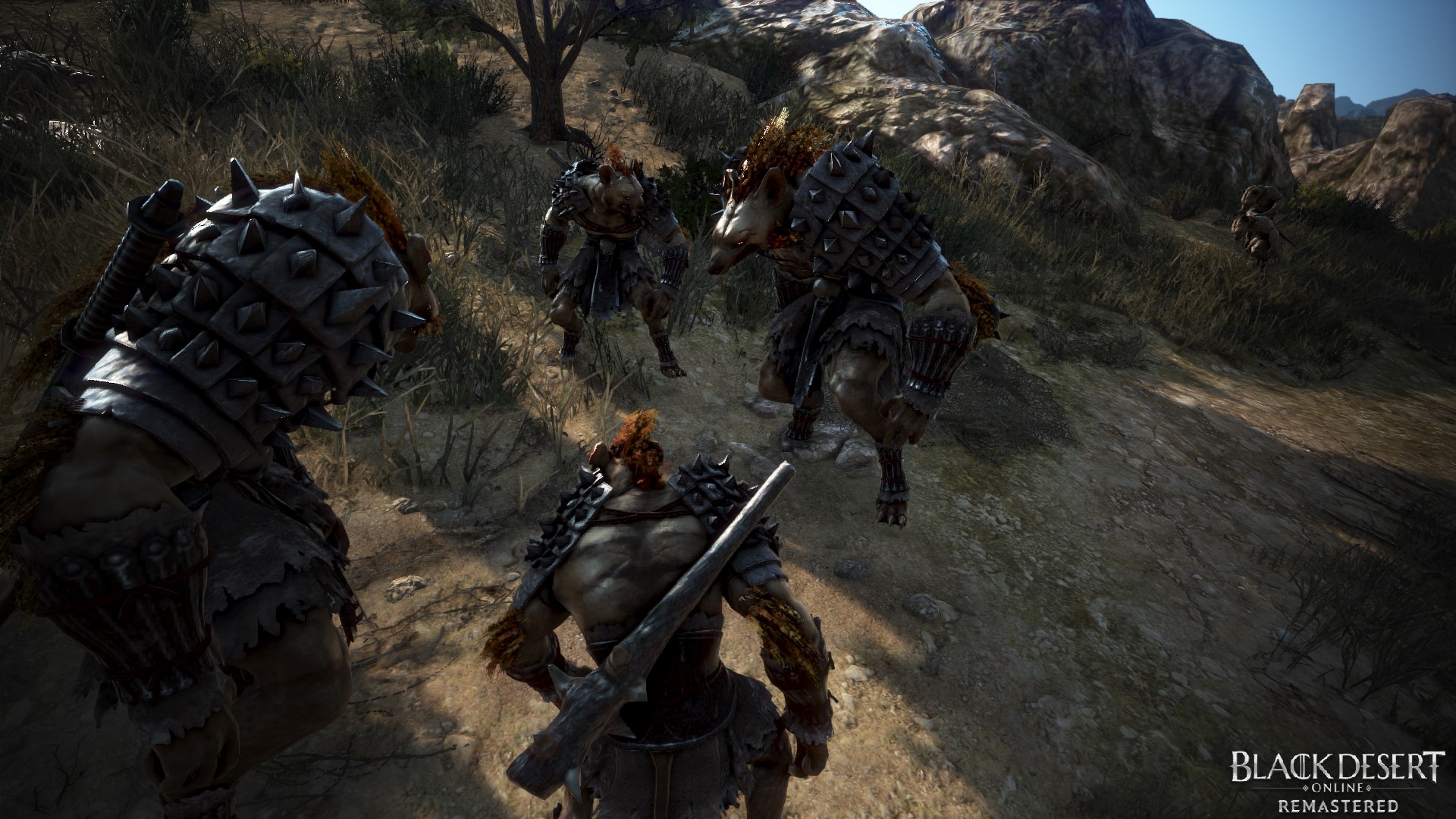 I think this spot earns a mention because even though it’s not really a spot people talk about, it’s that exact reason why I like this spot. Just like the Tshira ruins, this is a spot very few people go to. The trash loot’s value is 550, so don’t expect to make too much cash in here if you’re just there to get into a flow, but its convenience is nice. It’s near the town of Tarif, so it’s easy to sell items and get back on the grind. In the time I’ve played, I’ve only had to throw down two or three times with another player here. The other times, players just switch servers because there’s more than enough spots for everyone.

I’ve carved out a pretty big rotation for myself out here, and it’s both relaxing and mob-dense enough to get a non-stop grind. Since the mobs are so easy to kill, expect to wind through a large rotation to keep the money flowing.

Ah, Sausans. When I first started back in 2017, I was getting murdered left and right here. It wasn’t from the mobs, but the players. I think I hold the honor of getting killed by at least one of each class here! I’m not sure if it’s something to be proud of, but it sure is a thing that happened. But this was during a time where many of the higher-end grindspots didn’t earn a lot of money. BDO has gotten a lot better in this category; the re-balances to grindspots made more spots viable, so the playerbase has organically spread out. I gave it a shot a few days ago and was pleasantly surprised at how I didn’t really run into anyone. I still keep my guard up when I’m out here farming, but I’d say it’s safe enough to check the spot out.

Sausans will need a little preparation if you want to maximize your time too. The more weight you can hold, and the more inventory slots you have, the better. The trash loot is pretty heavy, and my inventory fills up regularly with gear that doesn’t stack. So unless you have a storage maid, be prepared to make trips back to town to unload your haul. It’s one of the reasons I wasn’t a huge fan of the area in the first place; I felt like I had to do too much to make the big bucks here.

If you’re interested in checking out Mediah, one of my favorite resources to use is Famme’s BDO map, a great source of up-to-date information on the game and a good way decide whether a grindspot is worth your time. For me, it’s not about the efficiency of the grind, but where I’m grinding. So if any of these spots catches your eye, go get your grind on!