Pearl Abyss has been teasing Black Desert Mobile’s global launch for the better part of 2019, promising at E3 that it’ll hit global devices by the end of the year. We’re inching a bit closer to that today, as the studio has not only confirmed that launch but opened pre-registration on Android and iOS. (It had already opened pre-registration on its official site last month, you’ll recall!)

“The global version of Black Desert Mobile will continue to offer the same core combat and customization gameplay that millions of players across the world have experienced through PC, Xbox One, and PlayStation®4. In addition to the combat and in-depth character customization system, Black Desert Mobile offers life skills to upgrade camps, challenges with world bosses, and PvP content such as Node Wars. Black Desert Mobile reinterprets the renowned Black Desert SEA and optimizes it for the mobile platform with advanced actions, intuitive controls, and unprecedented gameplay systems. The mobile version of the Black Desert IP has seen immense popularity as the number of downloads has exceeded 10 million. Adventurers can begin their new adventures by choosing from five character classes: Warrior, Ranger, Giant, Witch, or Valkyrie.”

According to Pearl Abyss, the mobile version of the game has already seen 10M downloads before launching here. 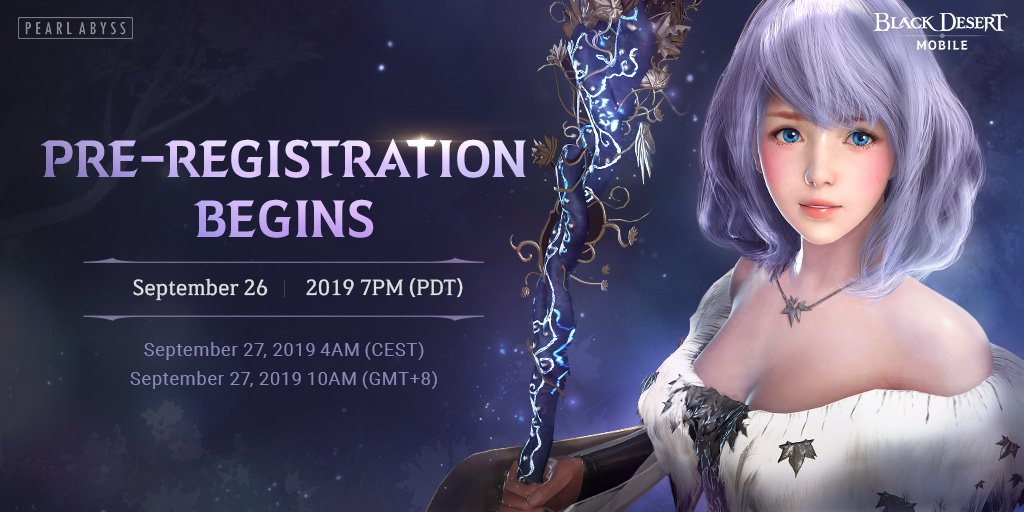 Players in my region are like “why u do this the PC version will be dead”.

Its almost dead in pc version, but mobile version can be done on pc and mobile mode on..

Hm I thought bdo is still a hot game? Also bdo server just entered my region. Not sure about other places.

In the early ago yes its is quite populated but after awhile the game drop far playerbase and mostly interested players already went to play the private server which is even higher than the official..

So private server is allowed? I know WoW has some… I’m so new to mmorpg I don’t know much about it.

I will say, Perfect World Mobile was pretty fun, but I’m still excited to get to play BDO Mobile again.

I had the graphics turned down a bit on my S7. My S9 will probably handle it a bit better.

One does strange things when stuck in bed all night. #ooc pic.twitter.com/JPCoWk7gs7