There’s been a little bit of a news burst coming out of the City of Titans camp. The devs have taken a moment to discuss what alpha and beta means to them, offered a look at what appears to be a functional patcher, and showed off some of the development process for clothing pieces that can be worn by male and female avatars.

First, the definition of alpha and beta, which definitely needs to be sorted out in these days of open beta, open alpha, and early access. A dev blog explains that “alpha” is a state where not all major systems are running with gaps in features and functionality, while “beta” means that all major systems are operational but are plagued by bugs. By that metric, beta can also be further sub-categorized as “early beta” — a build that has many bugs — and “late beta” — a build that has fewer bugs.

With these definitions in mind, the devs further explained that development of City of Titans happens in stages, then shared where some of these stages are in terms of whether features are finished, in the works, or waiting to be worked on with a new dev tracker image. The blog also mentions that some of these features can enter their own independent beta states like the Avatar Creator. What the dev tracker image doesn’t explain is when beta releases will happen, but the post promises that the image will be updated when major milestones are met.

Speaking of milestones, it would appear that a patcher is functional, or at least nearly functional according to the teaser image. There’s also a look at how one member of the City of Titans team makes costume pieces for male and female characters with a peek Behind the Curtains; that video is below along with the development tracker chart, which you can expand by clicking. 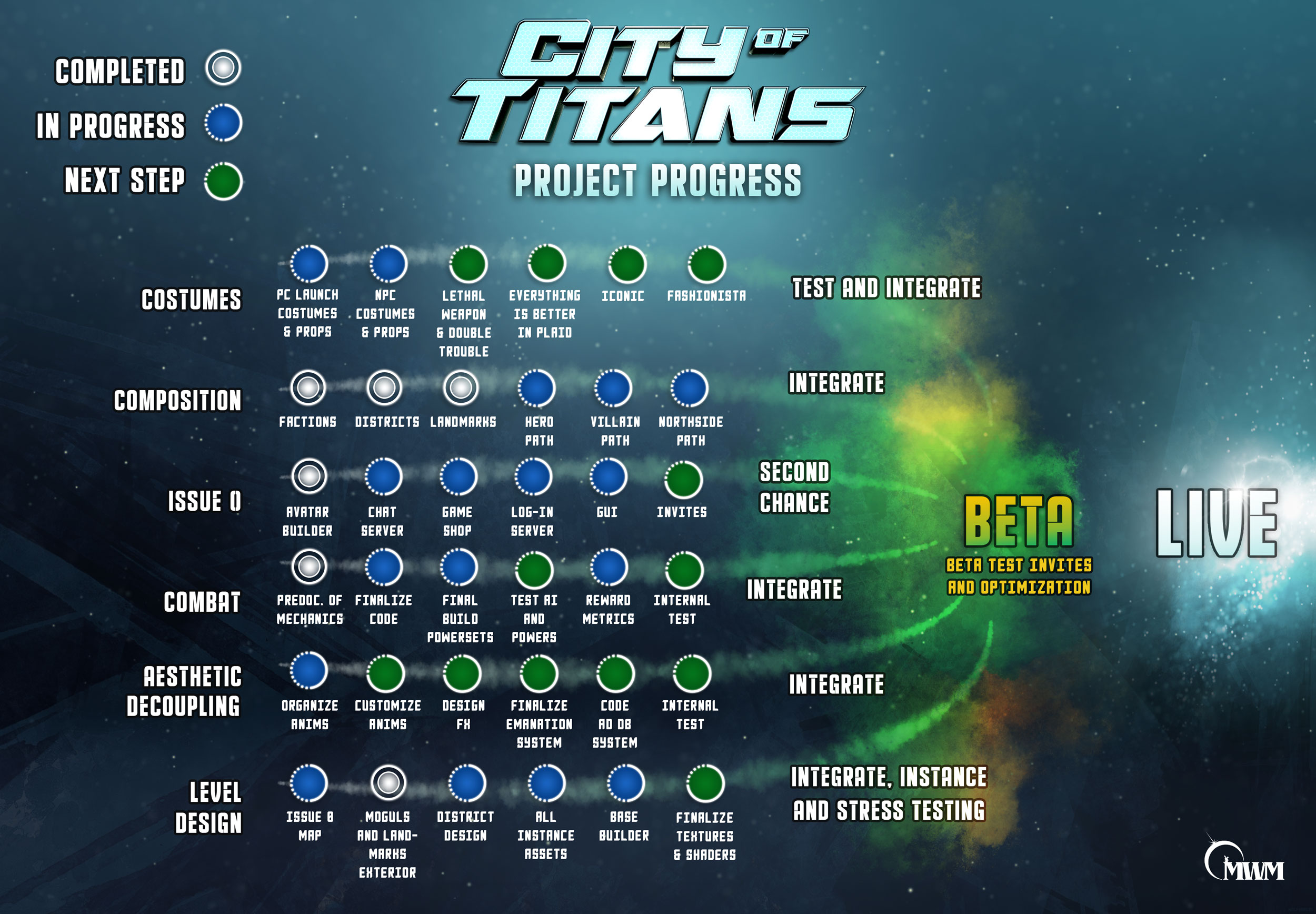