BlizzCon 2019 is upon us, set against the backdrop of a boycott over the Hearthstone mess, but we’re covering Blizzard’s annual fan convention just the same, with liveblogs and analysis of World of Warcraft, Diablo III, Overwatch, Hearthstone, Heroes of the Storm, and beyond. You’re definitely going to want some extra popcorn! Here’s our schedule for liveblog coverage (in EDT/MOP time, not PDT/BlizzCon time):

October 12, 2020: Not So Massively: Reflections on Blizzard, one year after the Hong Kong fiasco

November 28, 2019: Vague Patch Notes: A look behind the magic at Massively Overpowered

November 20, 2019: The Covenant abilities for Death Knights in World of Warcraft: Shadowlands have been revealed

November 11, 2019: Not So Massively: Overwatch 2 is what Overwatch should have been from the start

November 11, 2019: Diablo IV lead developer confirms cosmetic microtransactions will be in the game

November 11, 2019: The Daily Grind: Should World of Warcraft switch to annual expansions?

November 8, 2019: Overwatch’s ‘stagnation’ is the direct result of Blizzard working on Overwatch 2

November 7, 2019: Massively Overthinking: The best and worst of BlizzCon 2019

November 7, 2019: WoW Factor: Getting hyped for World of Warcraft’s Shadowlands

November 5, 2019: Overwatch 2’s Jeff Kaplan opines about the demoralizing effect leaks have on a development team

November 5, 2019: Not So Massively: Diablo IV is going in all the wrong directions

November 5, 2019: The Daily Grind: Are you bummed about the faction divide in WoW Shadowlands?

November 4, 2019: The Daily Grind: Is Overwatch 2 just the MMO we wanted before there was an Overwatch?

November 3, 2019: VKLiooon sweeps the Hearthstone Grandmasters to become the first woman to win a global championship

November 2, 2019: BlizzCon 2019: Here’s how World of Warcraft is streamlining its leveling process

November 1, 2019: The Daily Grind: Are you still excited for today’s BlizzCon reveals?

October 31, 2019: Yet another Diablo 4 leak suggests Blizzard’s going back to its gothic Diablo roots

October 31, 2019: Vague Patch Notes: Does BlizzCon have a future in its current form?

October 28, 2019: Another Diablo 4 detail appears to have been revealed via an artbook page

October 28, 2019: World of Warcraft Q&A will be hosted by popular YouTubers, but the question format is still unclear

October 28, 2019: Rumor: Overwatch 2 to graft PvE gameplay onto the original

October 1, 2019: World of Warcraft: Arcane Mages, Saurfang’s story, and the loot of the BlizzCon virtual ticket

August 29, 2019: Massively Overthinking: The future of WoW and WoW Classic

July 23, 2019: Rumor: Supposed expansion leak claims World of Warcraft is heading toward an Age of Darkness

July 11, 2019: Massively Overthinking: What would you want out of a potential WoW sequel?

June 24, 2019: Not So Massively: Blizzard cancelled a(nother) game, and I couldn’t be happier

May 10, 2019: WoW Factor: Guessing at the next World of Warcraft expansion announcement using math

May 6, 2019: Gamers warn that the AXS Mobile App needed to enter BlizzCon is ‘spyware level bad’

April 26, 2019: WoW Factor: What could win back the crowd for the next World of Warcraft expansion?

April 25, 2019: BlizzCon 2019 announced for the start of November
Advertisement

“Shadowlands will be coming next year, and it will go on sale today.”

A dozen people clap for about three seconds.

Is what it is, I’m sure I’ll buy it and play it, way more excited for Diablo 4 though.

Diablo 4 my body is ready!

That cinematic was amazing.

As that game play trailer.

Im glad youre still doing it despite your views on Blizz. Coverage when BFA was annouced was very useful.

I just tipped you a decent Diablo 4 Leak, related to that art book (there’s a lot more art then that one page you guys published).

Al ready knew about that, some one posted all the art pages up on imgur with a lot more images.

delete the last 3 characters to make the link work.

Damn it, got up too early.

My entire living room is filled with popcorn, and even then, I fear it might not be enough.

I feel like this is a variant on the “please stop praying for my grandpa” meme.

Massively will do any awesome job reporting as usually, I have no doubt.

However, I wait with “baited breath” at what unfortunate thing might said to the general audience-by the esteemed ActiBlizz leadership. 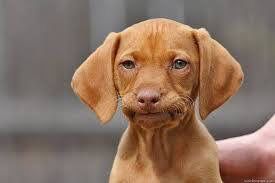 Make sure you allot time for showers. I expect you’ll need at least one every two hours.

Good luck getting the stink off.

The above schedule is in Pacific Daylight Time, right?

I do believe those times are Eastern, it would be 11 am Pacific when it starts.

Choose My Adventure: Tearing through the colorful world of Trove at...