There are some pictures that, when viewed, will instantly trigger sounds in your head. I cannot view any screenshot of lightsabers, for example, without my brain going “VOOM! WEEEEROWWW!” (those are my lightsaber noises; your mileage may vary)

Natalyia is having a lot of fun and apparently making friends in Star Wars: The Old Republic: “Most of the celestial shootings I’ve been doing of late have been in Star Citizen, but Onslaught led me to venturing back into a Galaxy Far, Far Away(tm) too. Eyriss’ apprentice Kira decided to engage in some impromptu sparring after the defeat of Darth Angrel – rumors of her possession by the Emperor at that moment are entirely true.”

Speaking of Star Citizen, Hikari is searching the galaxy for the answer of life, the universe, and everything… or at least a good Monolith Burger location.

“I may occasionally stop to take a shot of the stars, suns, and planets in this game,” she wrote. The universe loves an interstellar tourist, after all! 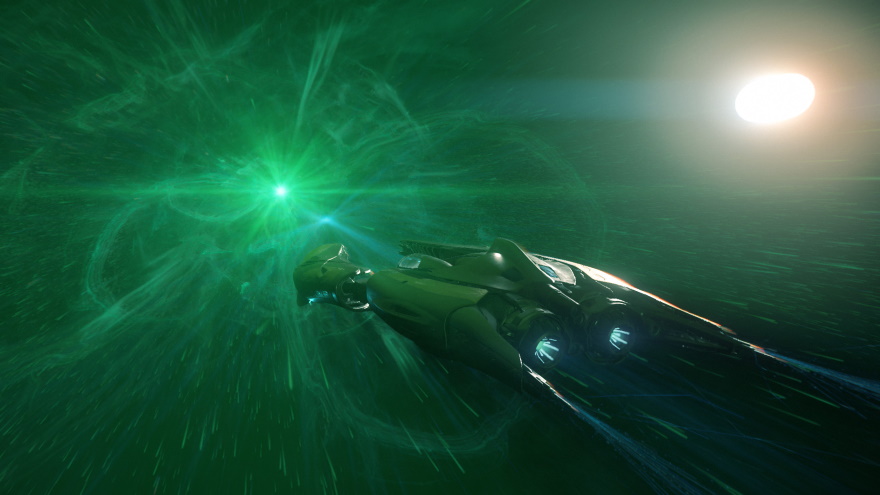 I’m working on a theory that it is possible, under very select circumstances, for ships and pilots to cross over between Star Citizen and Elite Dangerous. If this happens, I bet you that Ryuen will be the first to make the journey, because this captain has the look of one who has been to the brink of the abyss and seen what lies below.

“Travelling across the galaxy tends to wear the paint down a bit,” Ryuen said. 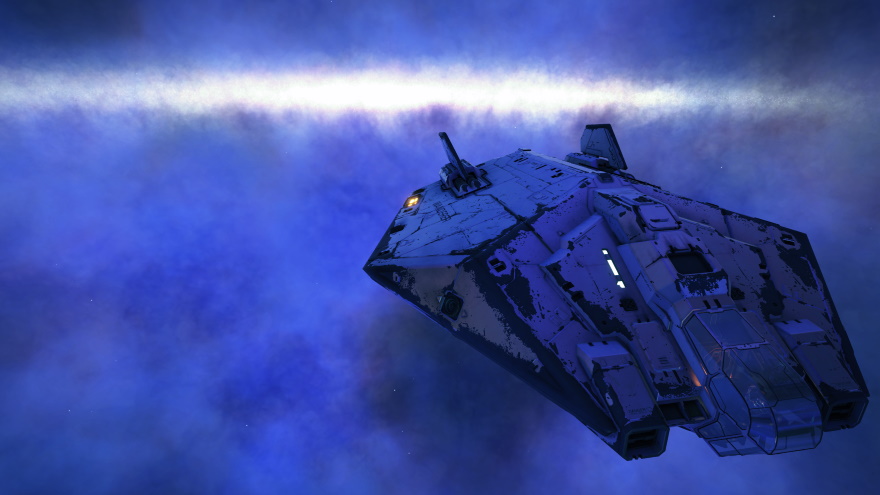 “This shot is from nothing less than a Guild Wars 2 celestial being’s humble abode, where you can clearly see how carefully (shots of) celestial objects have been placed on its ceiling,” said Miol.

Place has to be a bear to dust, though. Am I right? 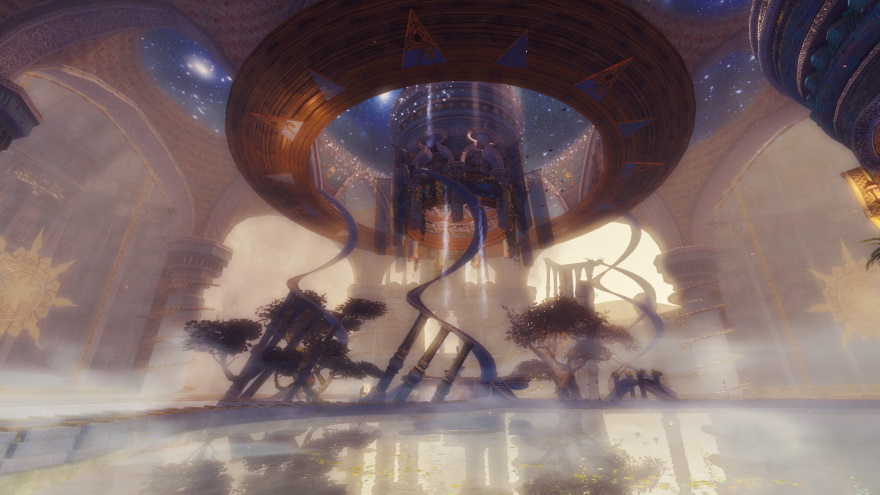 And if you’re in the mood for some well-placed lens flares, Lord of the Rings Online has them twice a day at sunrise and sunset. Hirku had fun romping across the Shire singing “I can see clearly now the rain is gone” in a Hobbity fashion while taking this pic. 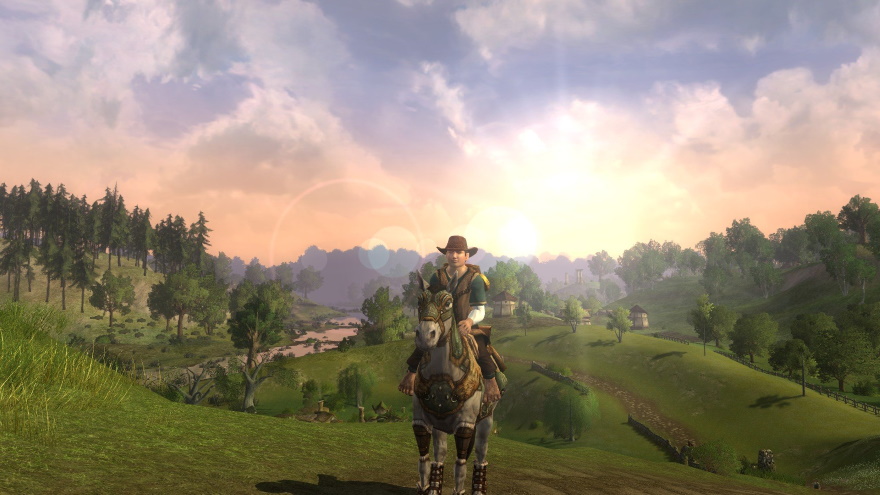 For this week’s screenshot challenge, pick one of the classic four elements — fire, water, wind, or earth — and give us an MMO picture that embodies that element!

Well, as I was going through my screencaps I ran into this little vid I made using only my screencaps and a little music. As I’m out of time and need to get ready for work, this will have to be my environment piece for today. Lol.

As for the challenge, this is Gullfaxi. The horse you can get in the Titan Extreme fight, representing Earth.

I figured we’d try for an unlikely location for the elements.

Star Trek Online:
Air is often represented by Lightning (Sorry Avatar).
Fire is fairly easy to get in most games.
Where better to take shots of Water than Risa?
And Earth… well… literally Earth.

Okay, okay… not literally Earth, but that’s a lot of sand in Battlefront 2

And heck, let’s have some more water with MJ and Wildstar.

I bring the element of murder.

Thanks for including my screenshot Justin and ‘to the brink of the abyss’ is accurate enough to describe my travels in that game.

Tempting as it is to just grab another Elite shot of a binary star and post it here with the label ‘Fire, great balls of’ I decided to go with this LoTRO shot of a Balrog.

The lesson here is, you never want to see a balrog’s balls … amirite? :-)

Seriously, though, nice pic! Thanks!

For the first time in many years I am actually without an MMO, I’m not giving Blizzard any more of my money (as much as I love Classic), done with ESO for a good while, Secret World Legends is just rubbish compared to the original.

I’m a bit lost to be honest. Maybe I can finally finish a game of Civilistation or see if I can make my computer cry by playing the Mortal Empires in Total War: Warhammer ?

Strange not having an MMO on the go.

Anyway, to stay on topic. Fire and stuff.

Any candidates you’re mulling over? You know this crowd by now, I’m sure — if you give us an idea of what kinds of MMORPGs you like, we’ll pelt you (gently) with relevant recommendations! :-)

I’m probably going to stay off them until the New Year (need to think about a new PC build for Cyberpunk), but FF14 looks quite good, I’d be starting at least 2 expansions back , though.

I understand. What about Outer Worlds? It is not an MMO and it is a single-player, but if the promo is still going, you can jump into it by joining the XBOX game pass for the PC for 1 dollar a month and then just 4 bucks a month after that.

I’m not a sales rep for MS, heh. But at that price, you can enjoy Outer Worlds for a few dollars than cancel the pass. The game is a lot of fun and worth the effort, IMO.

Did that last week, after I converted my Gold I had a year of Bandpass.

Well, Mortal Empires is probably the definitive Total War experience, the turn times can be atrocious, though. Did you try SWTOR? If you never played the class stories(“vanilla” SWTOR) that’s worth a suggestion.

SWTOR was one of the games I played to fill the gap after I first quit WoW after Cataclysm. Played it for a few years, along with DC and Middle Earth.

Once again, I feel compelled to go against “assignment”…:)

Nice pics, as usual Vincent. As for you going against assignment, I’m sure that when you wrestled for the WWE, your entrance music was David Bowie’s “Rebel, Rebel” :-D Seriously though, good pics with a lot of unusual detail. Is that a robot-thing in the last one?

Thanks! The robot-thing is a flying mechanism used by two NPC’s in the new 24 man Nier Automata inspired raid

Wait. Are the first and last pic from Copied Factory, the Nier Automata raid? Oh… that is a raid I want to run. Man, I can’t wait to do it!

You are correct, it was great fun :)

I have ones for air, water and earth respectively… o.O

Nice! Saphire Basin is one of the most scenic locales in BnS. And it is a huge area. If housing ever becomes a reality in BnS, I will have a home there.

…imagine what this place would be alike in UE4. o.O

Omg! I hadn’t thought about that. It is going to be spectacular!

Ah yes, sailing the skies and leaving all problems behind… …until they catch up with you! o.O
(GW2 btw and thank you for the plug!)

Jon, is that one of those Lalafel critters gettin’ uppity again? Honestly, they’re like cranky hobbits some days! :-)

The Stream Team: An adventure on Astroneer’s new dedicated servers