Let’s talk about money, shall we? The first week of November is always inundated with the last big fiscal report of the year for many companies, games studios included. So first up? Square Enix.

MMO players will recall that the Japanese company behind Final Fantasy XIV among many other titles reported weaker MMO-related earnings in its February and May presentations but strong quarterly earnings (covering April through June 2019) in August thanks in large part to strong sales of the Shadowbringers expansion. The most recent report actually covers April through September, though a bit of digging and you can see this specific quarter was also a net positive for SE, with revenues up both quarter over quarter and year over year. Though net sales for HD games declined year over year following “weak additional sales of titles” launched in the previous operating year, MMOs were another story: “Final Fantasy XIV contributed to an increase of net sales and operating income by the latest expansion pack sales and an increase in number of paying subscribers,” says the company.

Nexon likewise dropped its third quarter financials today. Now, Nexon’s been an interesting company to watch for us this year after its owners’ failed attempt to sell it and the draw-down of some of its business in the west, with layoffs at its US branches and the cancellation of Peria Chronicles. Revenues were down 24% year over year this third quarter, though the company’s operating income exceeded its outlook. Nexon points to MapleStory and MapleStory M in particular as big revenue drivers, as their Korean playerbases are… well, doing whatever this graph is trying to say they’re doing. Squiggly lines go up, so that’s good, right? 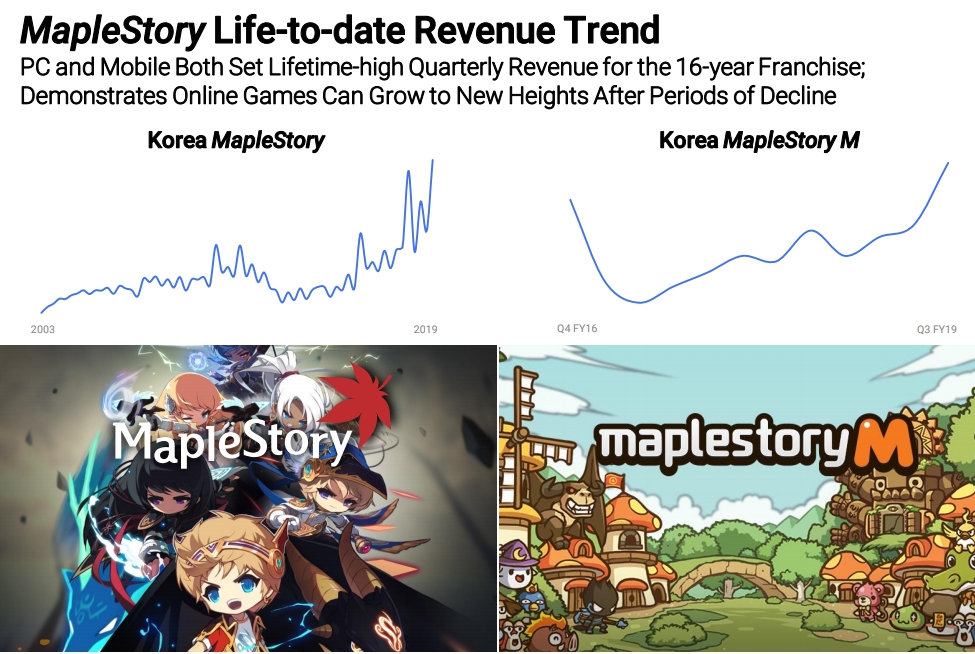 And yeah, if you were wondering… Blizzard’s financials drop later this afternoon too.

I must say I am happy there are some companies out there succeeding with their player base.
I know this is about Stormblood, but I love the message of this song!