It’s easy to assume that Legends of Runeterra, the digital CCG from the League of Legends universe, would be just chock-full of “surprise mechanics” especially considering Tencent’s ownership of Riot Games. A recent dev blog may put a few of those assumptions to bed, however.

The post goes out of its way to explain the kinds of things players can get without spending a single Coin, such as Capsules, Chests, and Wildcards earned from daily quest Vaults and region rewards. The post also provides infographics that illustrate what waits within Capsules and Chests and further explains how much XP is needed to hit level 20 in a region and what sorts of rewards players get for doing so. In addition, any Chest, Capsule, or card has a chance to upgrade or even chain upgrade.

Speaking of Vaults, the post also confirmed the addition of three new Vault levels on top of the old maximum of 10. These new levels will require more XP grinding to get to, but also should provide a suitably meaty reward to players who spend a lot of time in-game.

All of these reward systems are included to allow players to be “set complete” before the release of a new set without spending a single Coin. Riot assumes that a player who gets in 7 to 10 games on average will be able to achieve this goal, while those who don’t play quite so much should get about 75% of a set before a new set arrives, assuming those players get to at least the level 10 Vault each week. Those who would rather spend money will be limited to the number of times cards can be unlocked in order to make sure those who spend time playing the game don’t get beaten by a pay-to-win player.

“Speaking of Coins, there’s another major goal for us: create a game where how much money you spend is NOT the deciding factor in your success as a player.”

This could effectively mean that not spending money to effectively play a Riot game — a company that has proven to be demonstrably trash to employees, is 100% owned by Tencent, and expressed empathy towards Blizzard (the company) for the Hong Kong fiasco — will be a righteous middle finger raised.

I cant play these type of games. I like them and I enjoy Gwent, MTGA, Hearthstone and Shadowverse but as people have said the issue is:

1) They cant be played decently competitively because they have a seasonal rotation where you’re whole deck becomes invalid for the main mode of play thus forcing you to “main” a card game and play it exclusively to keep up which I cant do when there is tons of other games to play. so by the time you grind out your semi competitive budget deck.. some cards will be out of rotation already.

2) I dont like that they dont all have campaigns and the ones that do some of them dont give you cards anymore just card backs which re-in forces the p2w need to buy dust or packs or what ever. The game should at least be playable with a small investment. Im not talking allowing grandmaster decks but someone should be able to play these casually and actually be able to do semi decent without all their hard work being shuffled out of rotation every season imo. I actually find Gwent the most forgiving of all of them on this front so hopefully Riots model is similar to them but has more story campaigns. Gwent gave up on that content after Thronebreaker.

I have to agree with the comments below, CCGs by nature are P2W or at least Pay to Win Faster. Someone who can pop down $100 on a new set has a huge advantage over someone who must play “7 to 10 games (a day?) until the new set is released”

And even then, they finally get the full set, just for a new set to be released.

People who play CCGs (Myself included) know what we’re getting into when we play these games. To try and say anything else is at best an attempt to bait in cannon fodder f2p “content” for the whales. At worst, it’s just a lie.

CCGs by their very nature are p2w at the very least when a new expansion rolls out because if you are willing to spend a few hundred dollars you will have a huge leg up initially on the competition that doesn’t spend that amount.

As someone who plays a lot of Elder Scrolls: Legends, it’s also more disheartening than most genres when something is broken mechanically in a CCG because of their 1v1 nature. Physical card games will always be better because you get to keep the cards and in many cases the cards are an investment and can be worth tons of money in the future or you can pass them down to your kids. I have friends who have given their kids Pokeman cards from their youth. CCGs dont do that and also cost just as much and the RNG SUCKS.

I like how we’re still in an age where every developer has to boldly proclaim their game won’t be pay2win because they made the market full of pay2win games.

Completely agree, and your estimation of 50% of the time is very generous.

Is that even possible? CGs tend to be P2W simply because you buy packs to progress, and this progress can be accelerated with swipes. It’s not like you CAN’T compete by not being F2P, it’s just you won’t win the initial rush, and you won’t have several decks ready to rush different points of the game.

For instance: Any F2P can reach mythic in MTG:A. You just need to make a Red Deck Wins, which isn’t hard by any stretch of the imagination, and cut your losses. But when you think about competitive best of 3, or even really becoming a pro, it starts to show it’s problems: You need consistent decks, that requires a shitload of rares, and you have enough for One. Maybe 2, if you choose cheap decks ( RDW like i mentioned, but good luck piloting that filth into Bo3 ).

Thing is, i find impossible for TCGs to NOT be P2W. The action of pack opening and RNG is part of what makes TCGs, and all that is tied to quality cards and money for more packs.

You cant buy packs in this game. You are gated on the number of specific gards/champs you can buy. Sure I guess it is still pay to win but the system is at least original for card games and seems to be alot cheaper than your average ccg or tcg.

Depends on how they’re balanced. 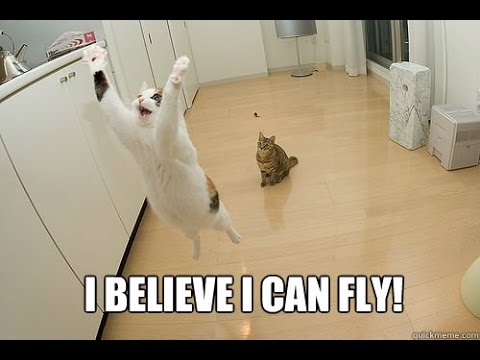