We all know that a great and terrible power is summoned when you gather together the elements of earth, water, fire, air, and heart. This unnamed entity is responsible for turning those elements into a super-weapon to destroy earth, especially tortoises and lemurs, which seem to draw his ire.

So whatever you do, keep these elements apart no matter what the cost. Me? I’m going to throw them all into this column because sometimes you just want to see the world (and those dastardly lemurs) burn. Don’t mind me.

To kick off our elemental tour, Utakata has a great shot of air-surfing in Blade and Soul. I can see my house from here! It needs roof work! 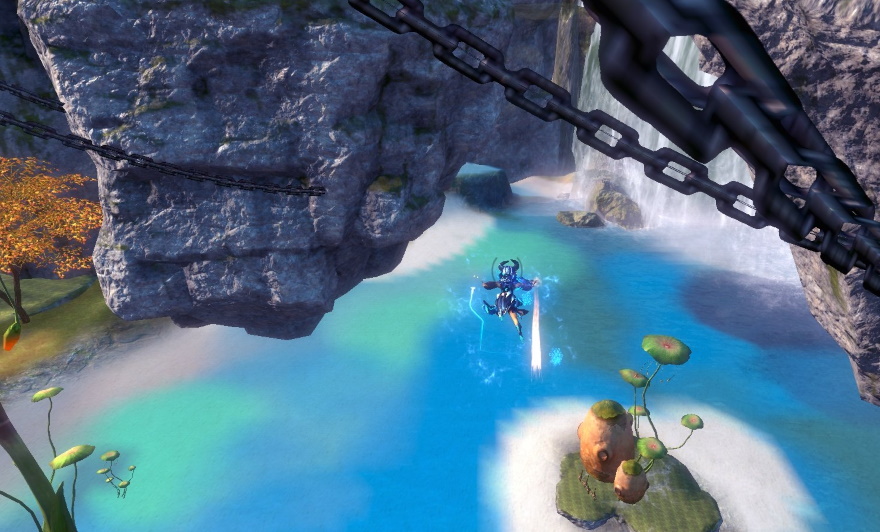 I always thought that “earth” was the most boring of the classic elements. It has earthtones, it is literally dirty, and unless you’re a landscaper, it doesn’t seem worth wielding. JonBuck differs, because earth gave him a horse that one time in FFXIV.

“As for the challenge, this is Gullfaxi. The horse you can get in the Titan Extreme fight, representing earth,” he said. 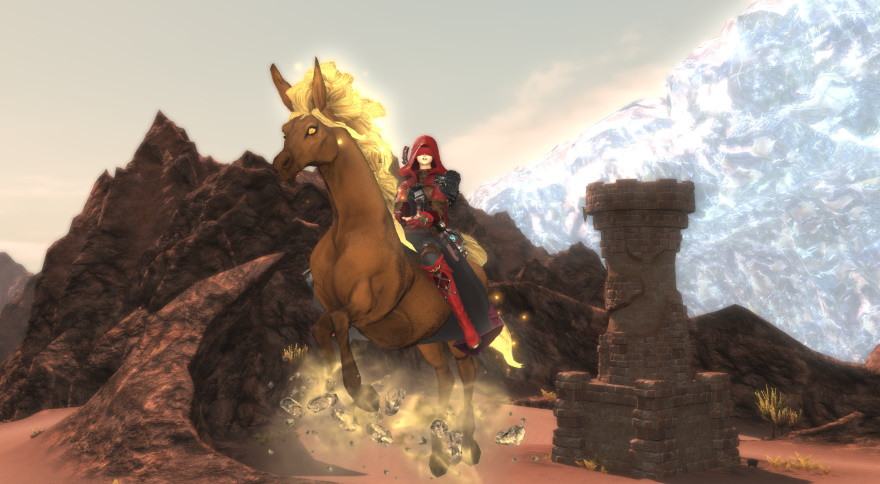 Now that we’re all covered in grime and topsoil, let us wash off in the refreshing waters of WildStar. Mind you, it is going to be an imaginary shower, seeing as how the game’s been offline for a while now. But when it was running, it wasn’t uncommon to see perky Aurin like Hikari and MJ enjoying a nature picnic in front of a scenic waterfall. 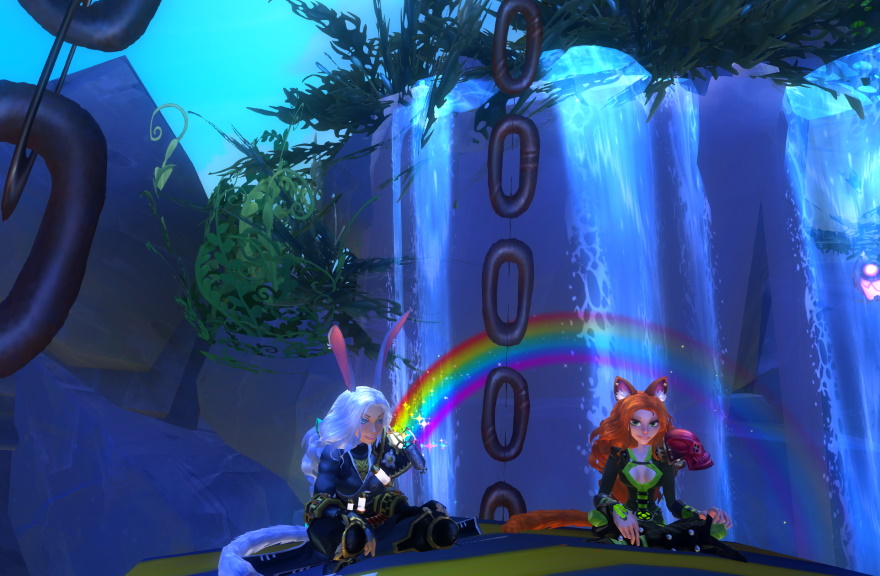 Ryuen has us covered for the fire element: “Tempting as it is to just grab another Elite shot of a binary star and post it here with the label ‘Fire, great balls of,’ I decided to go with this LOTRO shot of a Balrog.” 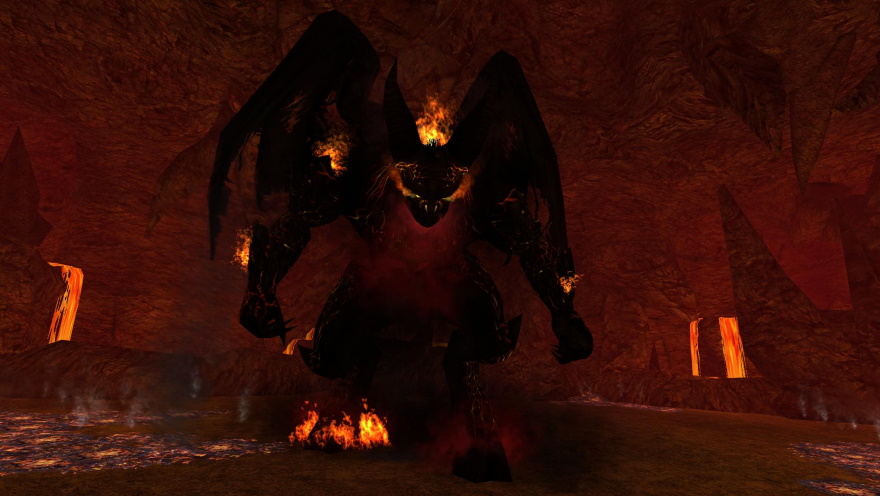 And now for heart, do we have to go any further than Miol? Miol’s been admiring Guild Wars 2’s kite city for a while now, so let us gaze upon this architecturally unsound proposition as well.

“Ah yes, sailing the skies and leaving all problems behind… until they catch up with you! ” Miol said. 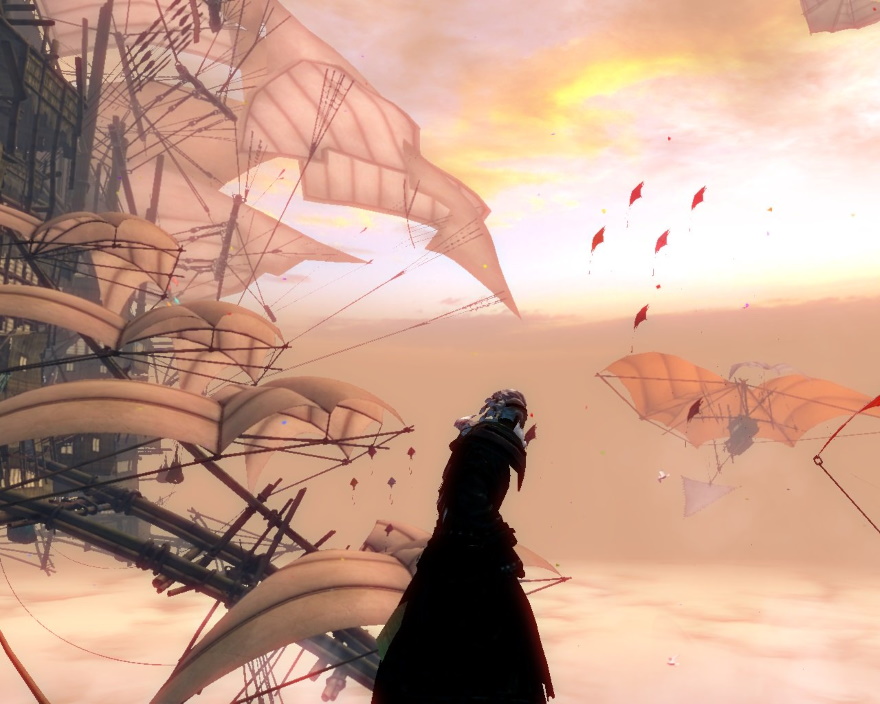 And that’s a wrap for this week’s One Shots excursion! I’ll turn it over to you to fill up the comments with your lovely and bizarre pics, including this week’s screenshot challenge of “camping.” Take a pic of anyone, you or NPCs, going on a campout in an MMO!