You’ve no doubt heard of the quinceañera: It’s the Mesoamerican coming-of-age celebration, a giant gala commemorating a girl’s move to adulthood at age 15. While EverQuest II doesn’t celebrate this way (though who wouldn’t like to see Lucan D’Lere or Antonia Bayle in an elaborate ball gown?), the fantasy game had its 15th birthday this week. That’s quite a milestone! However, instead of a year of youthful exuberance you’d expect for a quinceañera, EQII’s year was more akin to an elderly shuffle, punctuated by a couple of lively moments and a couple of falls. To be fair, 15 is old age in the MMOverse, but there is still life to be had, with places to go and NPCs to meet in Norrath (and above it!).

END_OF_DOCUMENT_TOKEN_TO_BE_REPLACED
In our last retrospective I asked a few questions about how this past year would shake out for festivals, new content, Daybreak communication, and the Chaos Descending expansion. Other questions also loomed during the year, such as “Will there be more layoffs?” and “Can Daybreak make it through 2019?” Here are some answers and other tidbits (and even a wild conspiracy theory) in this look back at the 15th year of Norrath. 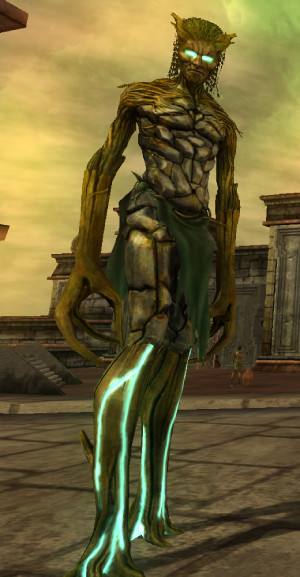 A great way to start off the the 15th year is with a chunk of content! EQII’s 15th expansion Chaos Descending launched in November 2018, building further on the previous year’s Planes of Power expansion. Unfortunately, that meant no chaos for me: It was personally disappointing to learn that after an inclusive Against the Elements prelude event, only players who had advanced far enough in PoP could explore any of the new planes introduced in CD. As an explorer, I’d have loved to poke through the four outdoor zones that were added — the Planes of Fire, Earth, Air, and Disease — or hang out in the new questing hub the Plane of Knowledge even if I couldn’t complete the content yet. (There’s a massive library!!) And I know I would have done a suicide run into the new dungeon content in the Plane of Water just for a few seconds of fun! For those who could access it, there were new new quests, raids, and crafting to enjoy.

Chaos Descending also added new features like the the ability to equip your mercenaries and your mounts with gear for additional bonuses. No one can accuse EQII of having minimal systems to figure out!

One of the signs of life I had hoped to see was attention to long-standing events, and I am pleased to report positive progress on the festival front! On top of keeping the new Scorched Sky and Oceansfull events introduced last year, Daybreak ensured that older fan favorites also received some love and attention beyond cash shop or collections. Frostfell got a new quest called Gallivanting Gifties, and Nights of the Dead also received a small one, Night of the Barking Dead. I need to get me a Splitpaw ghost plushie next year! The Chronoportal event added new portals — and fabled versions — as well as a new public quest. A new PRIDE event that gifted bunny familiars to players who logged in and claimed them also happened in July.

Even more recently, expansion prelude events started up in September before we even had a name for the next one. That turned out to hint a bit at the next expansion involving the shattered moon, Luclin. This was certainly enticing, as it’s been a place players have long wanted to explore (and I have previously posited was one of the final frontiers we could!). This glimmer of hope turned out to be true, as Blood of Luclin, EQII’s 16th expansion, was announced in October.

Besides the prelude event, or perhaps an arm of it, there is a new special event happening this anniversary celebration called Dragons Attack! Players are needed to help save the wizard spires in various locations from massive dragon attacks. Doing so earns goodies (plus you can harvest the dragon) as well as faction to buy more goodies. There’s also a crating activity where tradeskillers can help build giant 15th anniversary monuments in Antonica and the Commonlands. Jump in and help out, and you can get a flying mount that polymorphs you into a dragon. Obviously I have to have this, but sadly one of the zones kept crashing and trapping my characters (not a great look for an event to bring folks back).

While MMO players will certainly never be get all the content they want from a game (there can never be enough!), regular updates can still provide a satisfying amount they might be content with. Did EQII succeed in that this past 12 months? Festivals gave a boost, but what about other content?

GU109 Mischief and Mayhem launched in March with dungeon content, crafting, and a new raid. That looked promising. Progression server plans were also outlined this month; however, the actual resurrected Nagafen server that became a free-for-all PvP server didn’t launch until February 2019, and new heroic servers didn’t show up until this week, in November 2019. The Fallen Gate progression server, on the other hand,  shut down and merged into Antonia Bayle in June. June also saw newly turned-expert-level dungeons and a new public quest in Chaos Descending. And then in August we received GU111 Carnage in Kael, which added a new fabled zone of Kael Drakkel, mount levels, and brought back the Days of Summer event. Not exactly exploding with content.

Perhaps players are content enough with the content that already exists and aren’t as concerned about new content. Plenty of Daybreak consumers ponied up for the limited number of lifetime memberships that appeared last December — so many that the studio added an additional 6,000 memberships to the original 4,000 offered.

Communication is still not stellar. With the new official site layout, there appears to be a host of news, but it’s not content-related. Only two Producer’s Letters happened since our summer check-up on EQII, making a total of only four for the entire past 12 months (my suspicion that they are moved to quarterly doesn’t seem so far off). At least that is one more than 2018. Those four letters made up the bulk of content posts for the entire time, too. Although the change to the new website format made checking the numbers more difficult, I have counted that of the 47 posts only eight have been about content in the main game. One of those just announced a previously announced update going live, while three are about Blood of Luclin and its pre-sale and beta. That didn’t leave much other content.

The rest of the posts are about progression servers, holiday and bonus events, and ads for store items. There’s nothing wrong with progression servers, but does the bulk of attention need to be there? Is that now the way to keep players engaged between the droughts of other content? Is it a stopgap?

My thoughts that September would herald many more content posts focuses on the new expansion didn’t pan out; those will hopefully at least be coming throughout November so we can learn more about Blood of Luclin. So maybe next year will have an upswing in content news, especially if we get another November expansion in 2020.

Here’s a question that so many people would like to know, what’s really going on at/with Daybreak? Where do the Norraths stand? Answers aren’t particularly forthcoming: The promise from top ranks of Daybreak to be in better communication — in general and with me in particular — hasn’t panned out. Communication is still not the company’s strong suit, between lack of content news, producers letters, and dodged interviews. 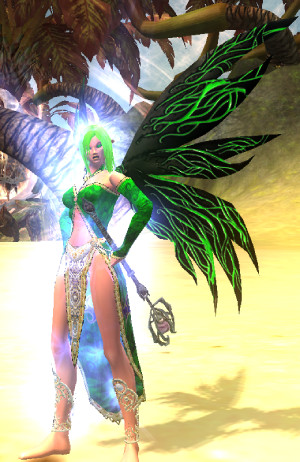 Follow-through doesn’t appear to be a strong suit, either. Case in point: the big fan gathering announcement. During a summer check up I noted that this event was pushed back until next year, but there are doubts of it happening. 2019 really was an ideal year for it, especially since it was EverQuest’s 20th anniversary and EQII’s 15th. Those are some major milestones that fans can be hyped about. This was a major community positive that I feel was squandered.

There have been more to concerns than just that. Another 60 to 70 people were laid off last December, just after the two EQs’ expansions. Instead of expanding Player Studio for the EQ franchise as was mentioned in March when a new producer for it was appointed to it, the creative player-made content system was stealthily shuttered in July. And in August, the franchise’s lead producer, Holly Longdale, said that something was planned for the future of the franchise but wouldn’t/couldn’t share any details – something she’s been repeating all year.

This past summer, a bit of a conspiracy theory cropped up: Is Daybreak scooting under the wing of Pearl Abyss? Or maybe the company will split into a number of smaller studios Hi-Rez style. After all, new websites have been registered and multiple names have been trademarked like Darkpaw Games, Rogue Planet Games, and Golden Age Studios, along with a newly registered Daybreak Game Studios LLC. The point is, fans really want to know. Getting a new — impending — expansion is nice, but the absence of information and communication does nothing to set minds at ease or restore hope and faith in the game or studio. After yet another round of layoffs this fall – which apparently didn’t hit the EverQuest teams – Daybreak admitted it’s working on a “realignment of the company into separate franchise teams,” but we still don’t know what exactly that will entail.

Inquiring minds want to know: What exactly is happening? Maybe in 2020 we’ll get a clearer vision of it.

ArcheAge preps the Abyssal Kraken and highlights inspirations for the Great...