ArenaNet has just dropped the first full installment of Guild Wars 2‘s the Icebrood Saga after a strong start with its prologue, and I’m ready to guide you through my first impressions of the update. Haunting theming and a perilous saga ensues, but will the Icebood Saga sink or swim in my estimations? While it’s still a little early to tell, I have some fairly strong thoughts on the direction so far.

END_OF_DOCUMENT_TOKEN_TO_BE_REPLACED
In this edition of Flameseeker Chronicles, I’ll take you through my first impressions of the Icebrood Saga’s Whisper in the Dark. My first impressions are based on a press preview tour and open weekend, during which I played for a couple of hours. For fuller impressions and a story breakdown, check out Colin’s follow-up next week. It’s been a while, MOP crew – I hope you really enjoy my first article in quite some time! 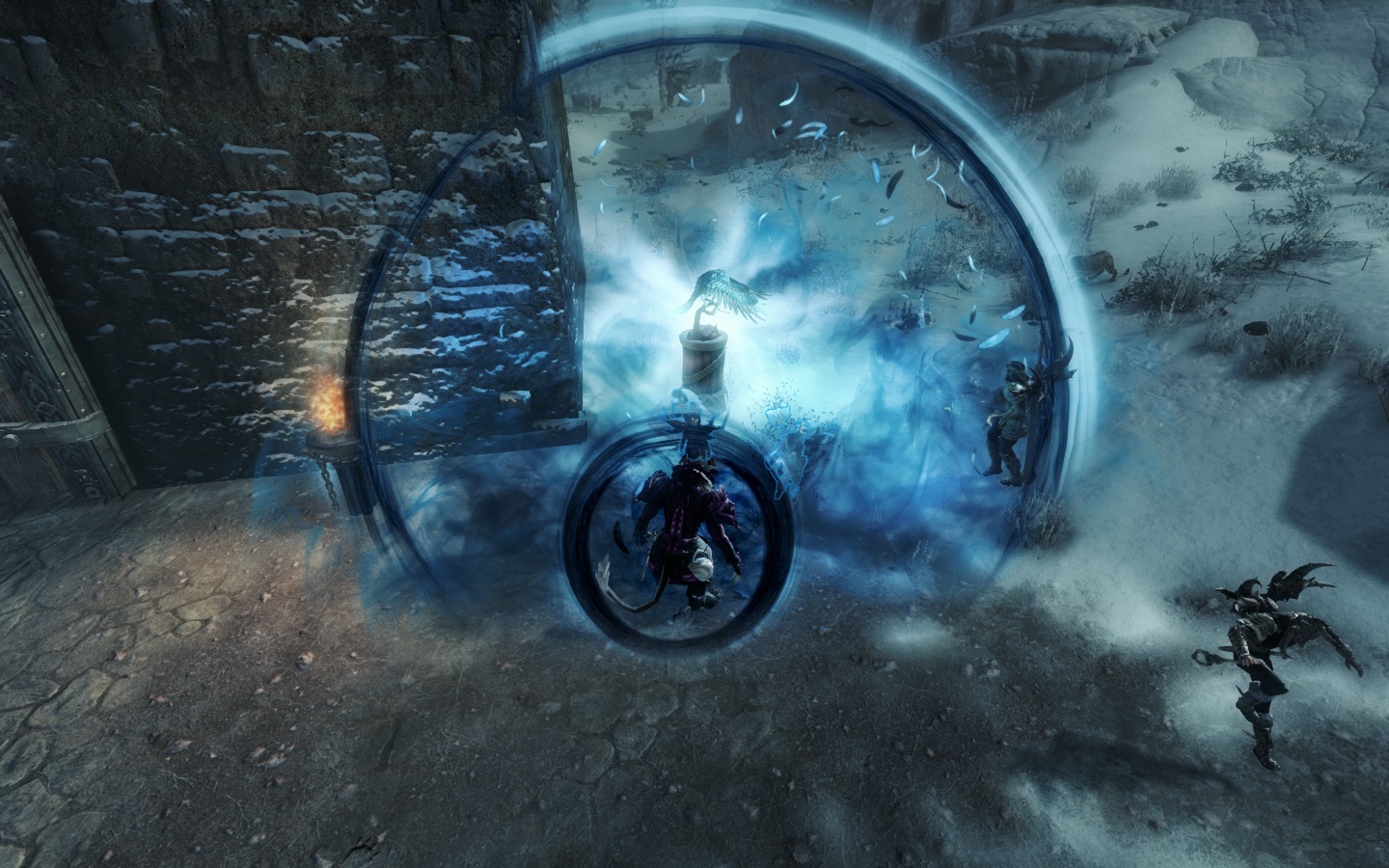 As you might have expected after the prologue and trailer, the aesthetics are on point in the episode’s new map, the Bjora Marches. The mood is most definitely set from the moment you set foot in the zone: Ravaging blizzards blow continuously, and only the protection of the Raven Spirit abates the freezing effects of the Jormag-touched tundra we’re traversing. An inkiness permeates the snowy scene and makes it far more threatening than similar frozen maps, to the point where I sort of wish ArenaNet would decide to revamp places like Bitterfront Frontier to match!

Mysterious and very sinister whispers haunt the commander and friends, which has various effects on different people throughout the Marches. The voice is so well done: The hair raised on the back of my neck at the first clear word that was uttered under the wind’s howl. This voice nestles beautifully with the tension built in the story’s dialogue and definitely keeps the NPCs — and player if I’m anything to go by — on edge.

This map is as bleak as it should be and the story that’s woven through it paints a macabre picture. We rarely see GW2 get this dark in tone, so it’s jarring in a good way when they pull out frozen corpses, relentless winds, and barren plains crawling with Sons of Svanir. There are definite nods to the dark nordic trend that has gripped so many of us since Vikings first aired; more than we see in most Norn areas in fact. The battle between the Raven and the Dragon is fierce and it plays out beautifully through this map, its masteries, and the story.

Now to the downsides: With all that driving snow and inkiness to the aesthetic, it can be very difficult to find your way around this map. This would be forgivable if it was a huge map with plenty of clever verticality, but this isn’t the case here. The freezing mechanic is more annoying than realistic, serving to slow your journey down if you’re careless without much thematic payoff. You simply break your way out of the ice and all stacks of permafrost are removed, which isn’t the most inspired mechanic we’ve seen. Compare this to the rather cool Raven totems, which grant a gorgeous protective bubble from that bitter cold, and feels as though the former as an afterthought to necessitate the latter. 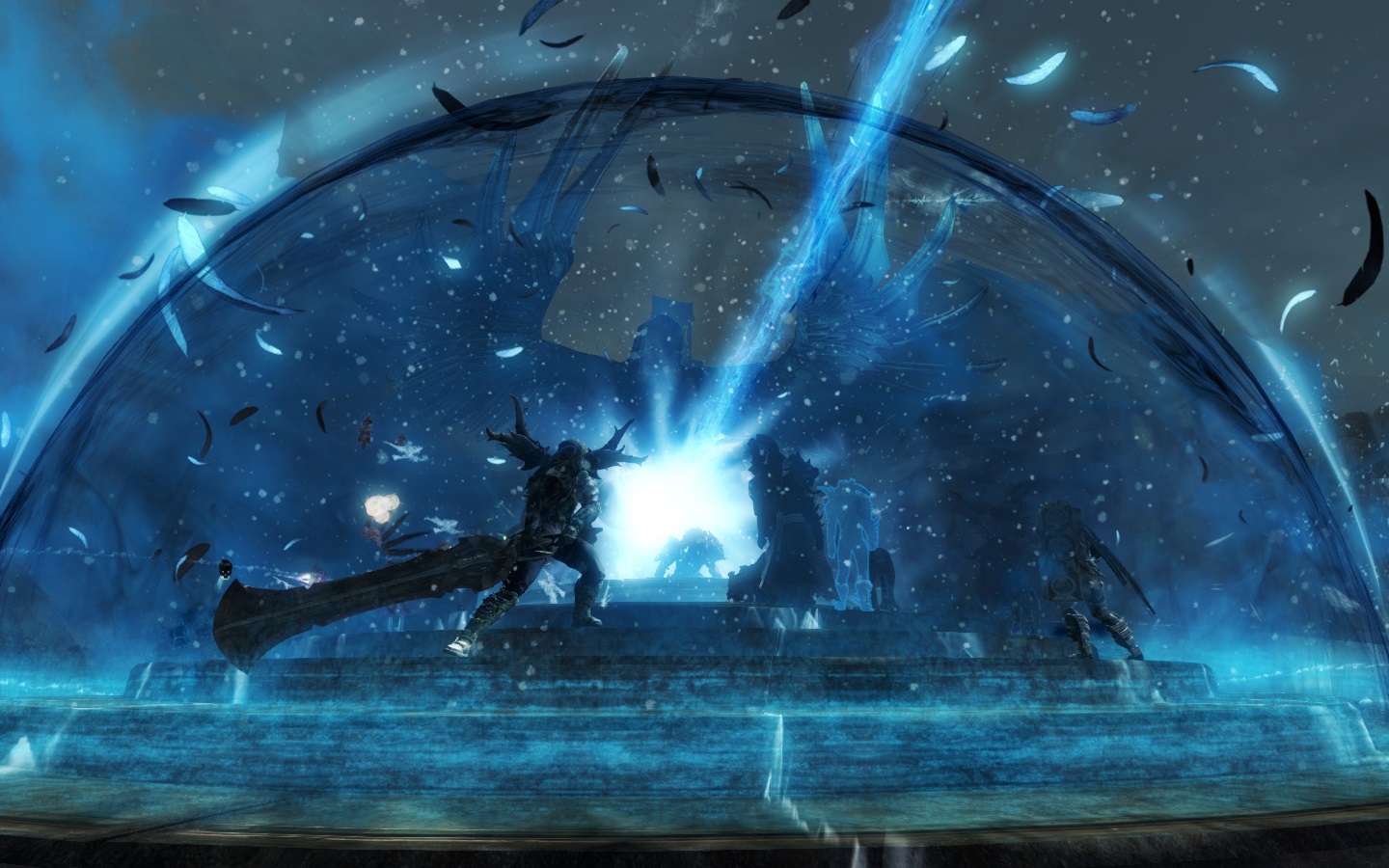 As you might already know, the masteries for this drop are self-contained in their own tab and you’ll need to rack up new points to spend on them. The delivery is more in-line with an expansion than an episode drop, which is somewhat worrisome since I do really enjoy the appreciable thematic shift and level of polish seen in expansions and wouldn’t want to see that delivery vehicle end.

Essence Manipulation is made up of three distinct progression tracks that work on strength and weakness levels in the same way as rock, paper, scissors or Pokémon weaknesses and resistances might. These masteries are vital to your successful grinding on this map and are important in every battle and strike mission, so I recommend getting to grips with the counterpoints in the system so you always select the correct manipulation for the task at hand.

The last point to note here is that it’s been confirmed that the next episode will expand each essence to three tiers for extra power as the saga continues. 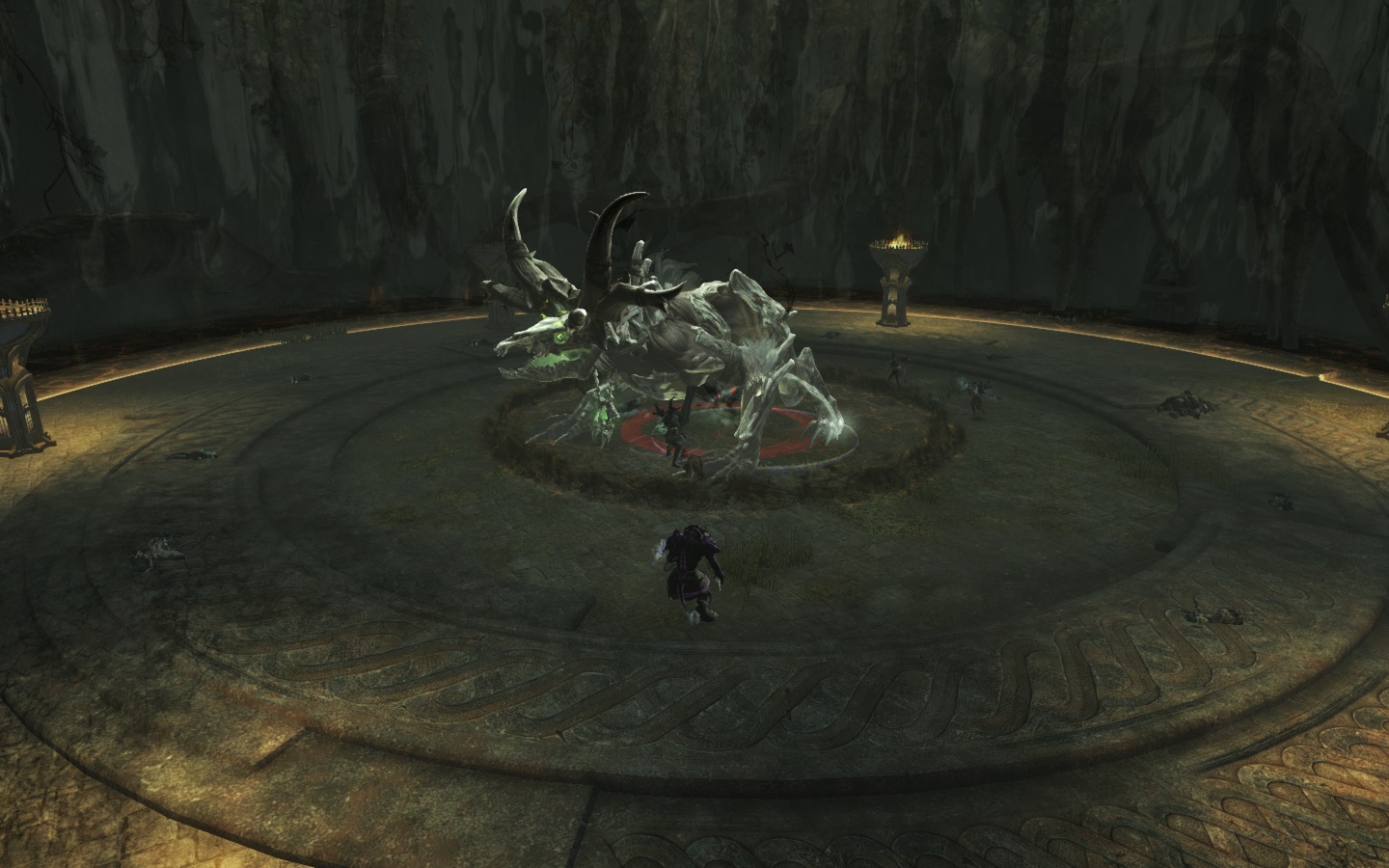 I wanted to take a minute to share my first impressions of the strike missions from my playthrough time. It’s always slightly complicated for our preview sessions to showcase group content in the best light due to the limited server population for the press preview, but I came away fairly well clued-in to how the strike missions would work and how it would rotate to keep things interesting.

These are nice, pacey encounters that are an excellent middle ground for endgame players who are learning to read telegraphs and get ready for more difficult content without as much planning and strategy as running training raids. They reset weekly and I can see these being a nice addition to guild missions or other group runs you already like to do. Are they enough to be the sole focus of your end-game play? Absolutely not, but they are entertaining when taken for what they are.

Fully training your essences will mean you can take on these challenges without needing the recommended group size, and you’ll generally find you’ll have an easier time of things. Additionally, I recommend farming the right type of enemy before attempting the strike missions to ensure you’ve built up your 30-stack buff and are as ready as you can be, especially before tackling the Boneskinner.

I haven’t been able to accurately measure the strength of these strike missions at the time of writing: The devs we play with cheat profusely to whittle down the health of group encounter bosses so we can see the fight mechanics in our small tour groups. While the bosses were on a 1-hour rotation for the duration of the playthrough so we could see all bosses easily, there was never a chance to group up with enough people to give it a fair test for myself. 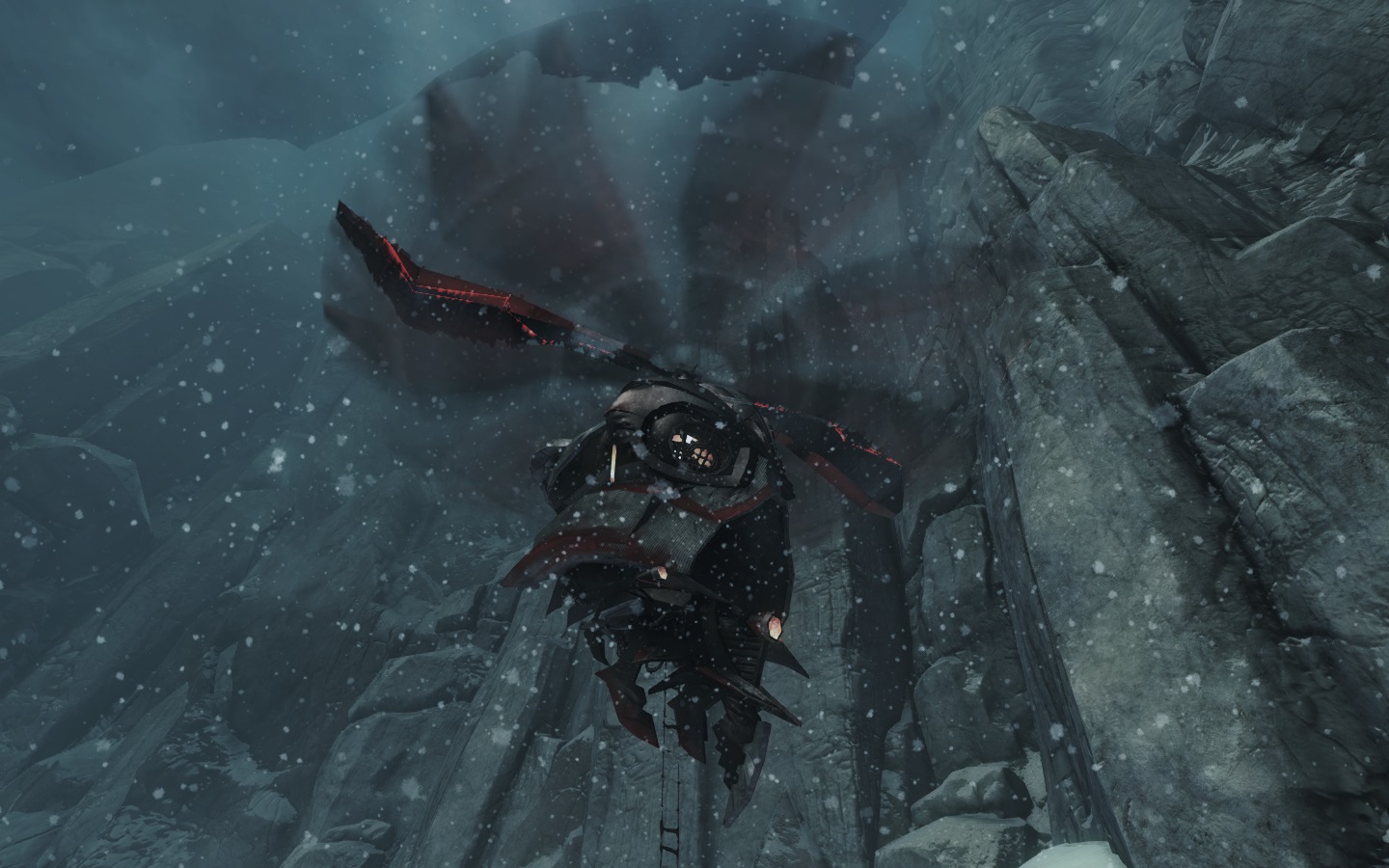 I’m not going to say much on the story content itself: I’ll leave a full story spoiler article to Colin, so you can expect that next week. As ever, ArenaNet specifically asks us to keep certain plot hooks and details to ourselves on launch day to give everyone a chance to play before we wade in, and that list pretty much covered the guts of the playthrough experience this time.

That said, I did want to leave some general impressions about the theming, content, and duration here. A strong plus-point is that this is a thematically strong drop, and the opening scenes are some of the strongest yet. However, I found this episode to be all-too-short and feel as though it would almost have made for a more suitable prologue in terms of duration than our actual prologue did. I got a sense of breezing through touchpoints when I played and this drop is missing some much-needed narrative ‘meat’ on its bones. Key characters don’t say much (or, worse, just drop off the face of Tyria) when they really, really should, and critical events go by with more of a squeaky pop than a big bang. I can’t really put my finger on what happened here, but this drop needed more from the narrative than what was delivered. 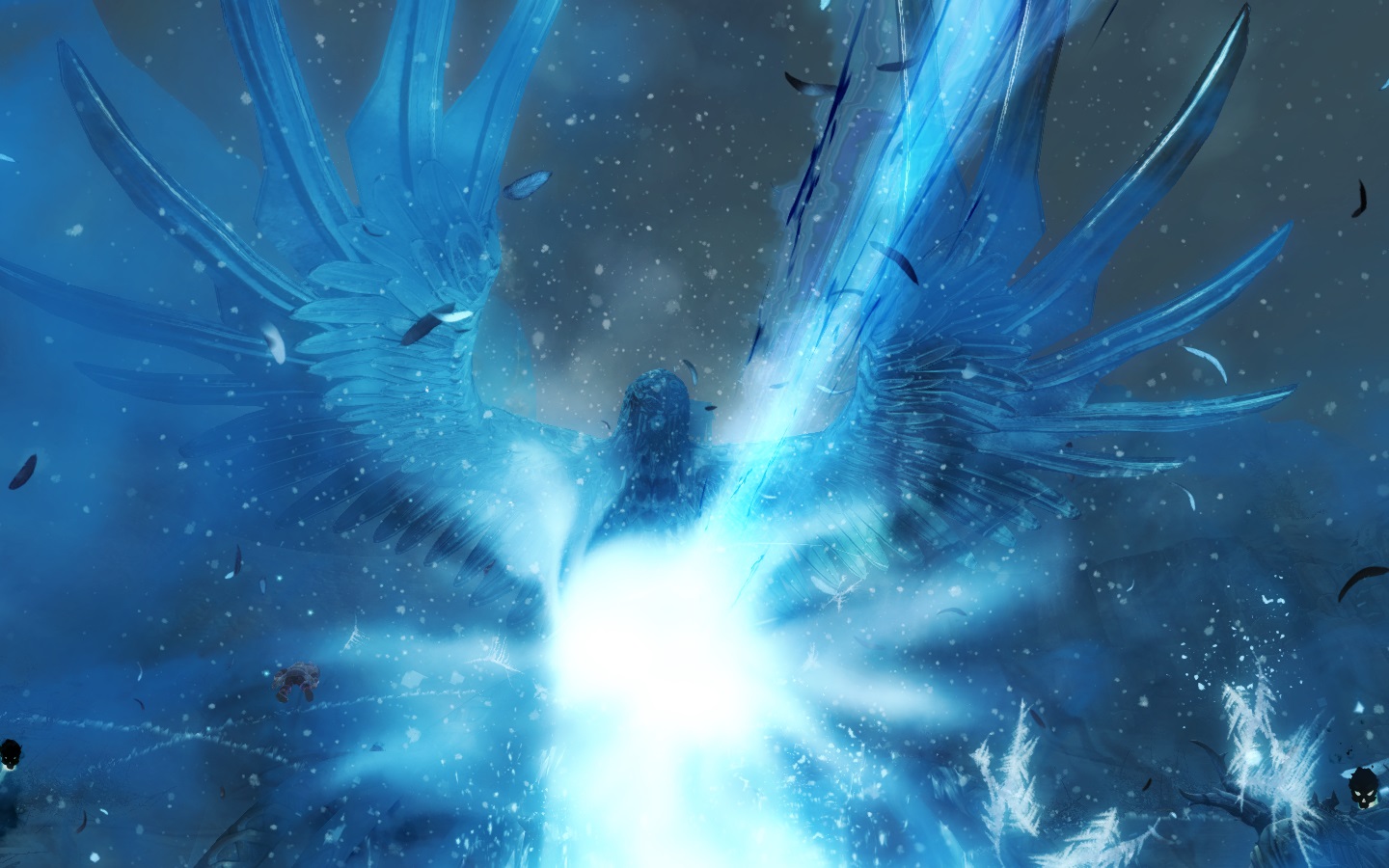 While the horror theming and striking visuals were a hit for me, I hope the narrative content picks up for the next instalment of the Icebrood Saga: Theme-wise, this stuff is right up my alley, so I am a little disappointed in how piecemeal Whisper in the Dark felt. That’s not to say that there weren’t some shining moments, which I know Colin will touch on in the next edition of Flameseeker Chronicles, but rather that those glimmers aren’t well supported with the expected narrative weave I’ve come to expect. This episode feels a little like filler when it should be making a much stronger splash to start the saga off with a bang.

What did you make of this episode? Be sure to let me know in the comments – I’ve missed reading them!