One of the biggest MMORPG genre stories over the last year has been the ongoing saga/drama around the bizarre but very much welcomed rebirth of City of Heroes. If our more vocal commenters are any indication, it was a much-loved game run by an unloved publisher – and old-school MMO gamers to have no problem dropping the sins of the world, both deserved and not, at the feet of NCsoft.

So imagine my surprise when I learned that there was a time when NCsoft wasn’t the monster underneath your bed. In this particular story, that honor goes to Marvel.

Long before all the executives at Marvel sold their souls to The Mouse House in exchange for golden toilets and money showers, they were busy trying to shut down a little MMO called City of Heroes because it allowed players to create a hero that was big and green, or a hero with a white star and patriotic theme.

We’ve touched on the ensuring court battle in a previous edition of The Game Archaeologist, but in this week’s Lawful Neutral, we’ll dig deeper: Let’s take a trip down memory lane and examine what happened (that we know of) in the copyright lawsuit between Marvel and NCsoft.

The long, long ago

Way back in November of 2004, Marvel sued NCsoft for copyright and trademark infringement in City of Heroes. The brunt of the case is more or less what what you’d expect: Marvel was upset that you could make characters that looked like its copyrighted comic book heroes. In the original suit, Marvel made 13 claims against NCsoft:

It was thorough, to say the least, but some of the justification was always a bit of a reach. Most notable among these assertions is that there were literally of thousands infringing characters, but Marvel included screenshots of only a handful, and even those were suspect (more on this later). Marvel also makes a nasty attack in the introduction of the complaint:

“According to Defendant, ‘City of Heroes brings the world of comic books alive in the first PC massively multiplayer online game of its kind.’ Considering that Defendants own no comic book characters themselves, it stands to reason that the comic books to which they refer are those that depict characters of Marvel and others.” 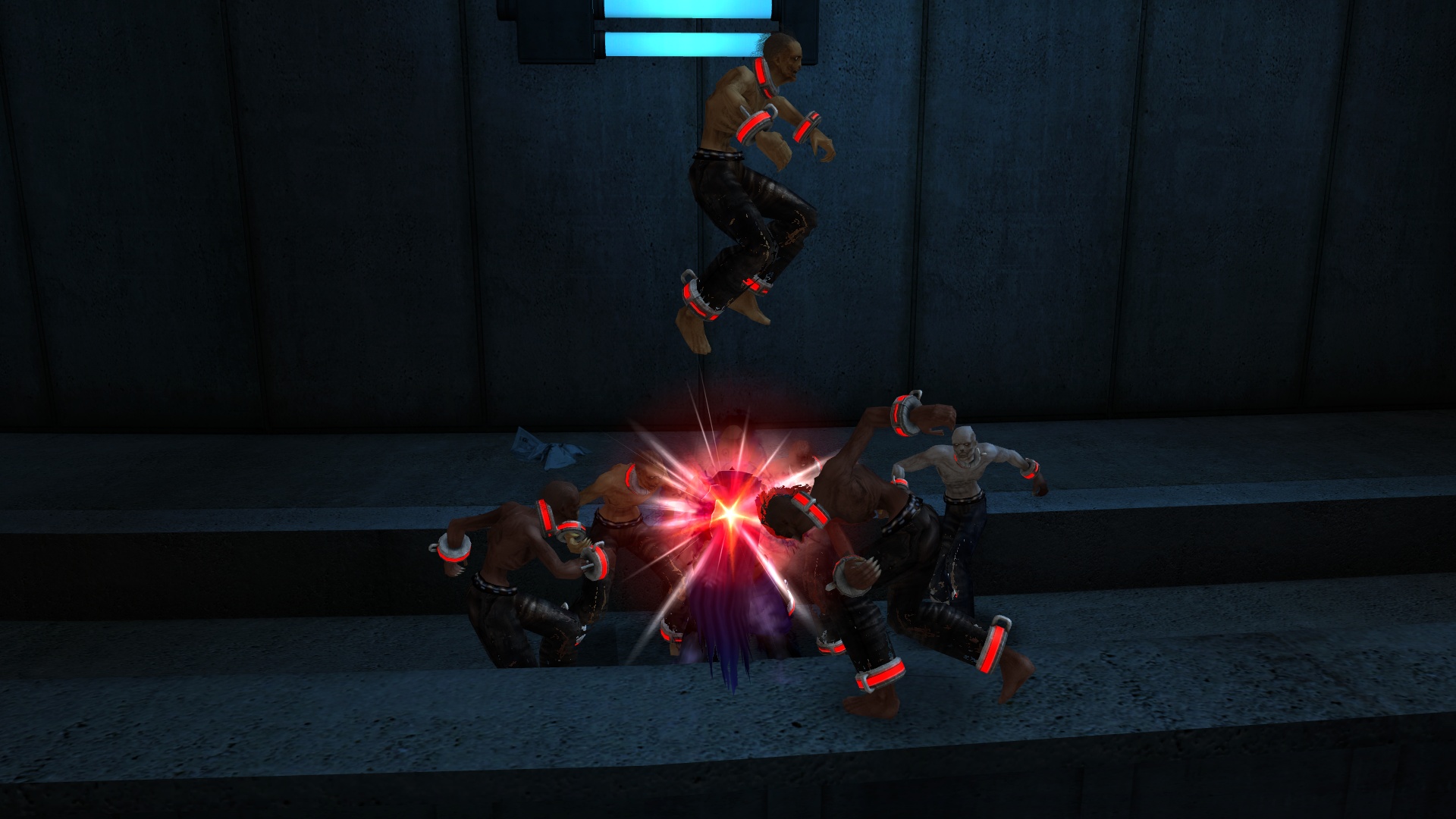 The motion to strike

A motion to strike is an interesting thing. When a judge removes all or a portion of a complaint at the request of opposing counsel, that’s called portion is said to be “stricken” (as in “stricken from the record”). Remember up above when I mentioned the attached screenshots of infringing superheroes before? Well, we are coming back to that now. Early in January 2005, Marvel sent NCsoft screenshots of characters it claimed represented copyright infringements, but apparently NCsoft had suspicions that Marvel itself had actually created the heroes it submitted as infringing content.

In a move I’m sure no one expected, NCsoft asked Marvel whether it was responsible for the heroes it had submitted. A month later, Marvel did indeed admit it had created the heroes it alleged to be infringing in four of the images submitted with the complaint. It also used the same “Hulk” character (which it created) from different angles to allege two different instances of infringement.

US federal law allows a court to strike “any redundant, immaterial, impertinent or scandalous matter,” which happens to include “false and sham” pleadings. Falsifying infringing material is, surprisingly enough, a false pleading. The judge struck the offending images and references from pleading.

What the judge granted

The judge granted the motion to dismiss the 4th, 5th, 6th, 8th and 9th claims, which all had to do with different forms of trademark infringement. In the 4th claim, Marvel claimed that the City of Heroes NPC Statesman was directly infringing on Marvel’s IP because people could confuse Statesman as being akin to Marvel’s own Captain America. But Marvel didn’t make a claim against the word mark “Captain America” because it’s pretty dang hard to confuse the name “Statesman” with name “Captain America.” Rather, Marvel claimed a superhero with a white star and patriotic theme served to confuse consumers based on how many people already knew Captain America. The judge also found this argument wanting.

The 5th and 6th claims were for contributory and vicarious trademark infringement respectively, and the 8th and 9th claims touched on common-law trademark and vicarious infringement. All four of these claims failed because they failed the test whereby the game users were benefiting commercially from creating infringing content – obviously, for gamers, this was recreational use only.

The judge also granted the motion to dismiss on the 10th claim; Marvel was attempting to block NCsoft from using a DMCA safe harbor claim, and the judge disagreed with the tactic.

What the judge denied

Before I dive too far into this, let me note that by denying to motion to dismiss, the judge isn’t issuing a ruling, only stating whether the plaintiffs have met the standards to make their claim. Marvel would still have had to go to trial and prove its claims. That being said, having key components of your complaint dismissed this early is never a good sign.

So the judge denied the motion to dismiss on the first three claims, which were direct, contributory, and vicarious copyright infringement. With the claim of direct copyright infringement, the standard is rather low to bring a claim. Marvel only had to show it owned the copyright and that NCsoft had copied that copyright. That much was never really in question in the lawsuit, so it was easy to meet this requirement.

The third claim is vicarious copyright infringement and requires three components: 1) direct infringement by a primary party (game user in this case), 2) financial benefit to the defendant, and the ability to supervise the primary infringer on the part of the defendant. So here, it’s clear again why the judge denied this part of NCsoft’s motion to dismiss; we know users were creating copy-cat heroes, the ability to do so (or pull as it says in the court order) provides the financial benefit, and NCsoft had the ability to police the characters.

The court also denied the motion to dismiss for the 10th claim, “Intentional Interference with Actual and Prospective Economic Advantage.” I don’t want to dive into this other than to say this is pretty much a fancy way to say that Marvel claimed NCsoft’s infringement was costing Marvel its advantage in the marketplace.

Finally, we have the odd man out: the 7th claim, which is the sole trademark claim. I think this one slid through on a technicality. NCsoft’s motion to dismiss alleges that this claim should be tossed because Marvel didn’t say what trademark was infringed. However, the judge maintained that the plaintiff wasn’t required to identify actual infringing images, only to give the defendants notice that infringement exists, using what claim, so that the defendants can respond.

All in all, the case as it played out in actual court was a whole lot of nothing. Marvel and NCsoft settled out of court with undisclosed terms in December 2005. The unfortunate part of this is that there were some good points here on both sides of the debate that never truly were tested in court. It serves as a nice trip down memory lane – and a reminder that the convoluted relationship between games and law has been around for a lot longer than just gamblingboxes.

Not So Massively: First impressions of V Rising, launching into early...