In most MMOs, bears are low-level foes that are part of some early stage kill 10 quest or perhaps used to harvest lower level crafting materials. There was one bear in World of Warcraft, however, that was literally capable of killing players with what appeared to be a simple aggressive look.

This so-called Death Bear was first brought up as part of a Twitter thread that asked folks to recount their most memorable video gaming bugs. Blizzard game designer Joe Magdalena recounted the borked bear’s discovery during testing of Burning Crusade and further elaborated on it in a Kotaku interview, which explained this particular Arathi Highlands bear was capable of meting out small amounts of damage in rapid succession thanks to an attack speed of 0.002 seconds instead of 2.0 seconds.

Naturally, this uber ursine foe was tuned downwards, but Magdalena, who is now working on Hearthstone, has remarked that the Death Bear could make its way into the CCG. “I think it could be a fun addition to maybe a Tavern Brawl or something, maybe a treasure card in a Dungeon Run. Could be a lot of fun, especially now that his legend has spread beyond an in-joke between a few old-school QA folks,” says Magdalena.

That’s only in China… 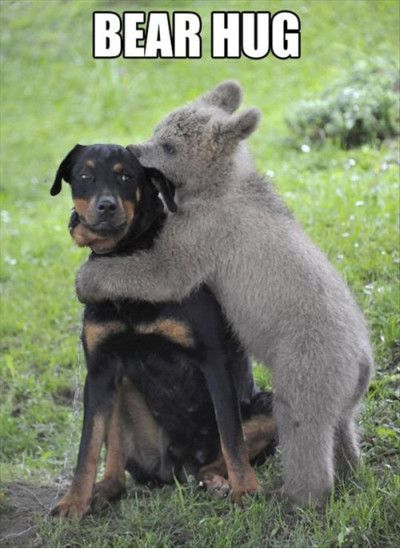 Somewhere along the line, MMOs turned “Danger” into “It might kill you if you afk” in most places.

With the exception of the hyper-carnivorous polar bears, real world bears are more likely to eat all your snacks and drink all your beer.

NO! Kill me first,

Yep, unless you irk them. Or trigger predator mode by acting like something tasty (to a bear).

Thanks for the article, Chris!

You know, it always makes me laugh how games treat bears as “monsters”.

I once lived in northern Canada, and the truth is, most bears will run away from you, unless they’ve got cubs to protect, or you’ve decided to cover yourself in fragrant food for some strange reason.

But in games, bears are portrayed as basically furry land sharks — dangerous hunter-killers — and this fictional version of bears has spread to movies and television as well.

Bull moose used to ram (and wreck, sometimes killing the people inside) compact cars on the highway during mating seasonn where I lived.

Moose do scare me. You ever see a bull moose in the wild, Chris, do not run — they will chase you down and kill you. Make yourself as large and as loud as you possibly can; wave your arms, and jump up and down and yell like your life depends on it (because it might).

You’re basically trying to “out-macho” the moose, and convince him to leave your territory.

But — in games — I guess moose look too goofy to be considered scary, so bears get the bad rep.

And now, back to our regularly-scheduled Massively OP,

Dire bears though, man. The beasts you’re fighting are the meanest. Also, “land sharks” is accurate in the sense that sharks are in a similar place of being unreasonably feared. They don’t attack humans that regularly either. I haven’t looked at the statistics, but I think violent encounters might be even rarer than they are with bears.

Probably true, but sharks don’t share the same habitat with humans. There are no records of sharks breaking into homes, but bears do it all the time. Usually just to raid the fridge, though.

Right. Which is why it’s especially inaccurate to liken an unrealistically antagonistic bear to a “land shark”.

The Street Sharks might have broken into some homes though. Or supervillain lairs at least.

One Shots: Dragons — why’d it have to be dragons?

LOTRO Legendarium: Rating the best active racials in Lord of the Rings Online

Tree of Savior announces plans for a new server and a...

The MOP Up: Dofus gives its 2020 roadmap