Hope you don’t have any pressing holiday plans, because you are going to be exercising your trigger finger for the next three months thanks to the latest season of Destiny 2. Bungie mapped out the ninth season, which it has dubbed the Season of Dawn, of content for the online shooter.

It sounds as though guardians shouldn’t take a rest from their heroics: “With the Vex Invasion now defeated, Osiris calls upon you to face a new threat. Stop a council of Cabal Psion Flayers from manipulating time and undoing our victory against the Red Legion.”

Season 9, which stretches from its start on December 10th through the long nights of February 2020, contains goodies for all players but bonus content for those who purchase or own a special Season of Dawn pass. Time travel, a new PvE experience, a seasonal Lantern of Osiris artifact, and daily giveaways are all part of the fun. The pass itself is either free with a Shadowkeep purchase or accessible with a price tag of 1,000 silver. 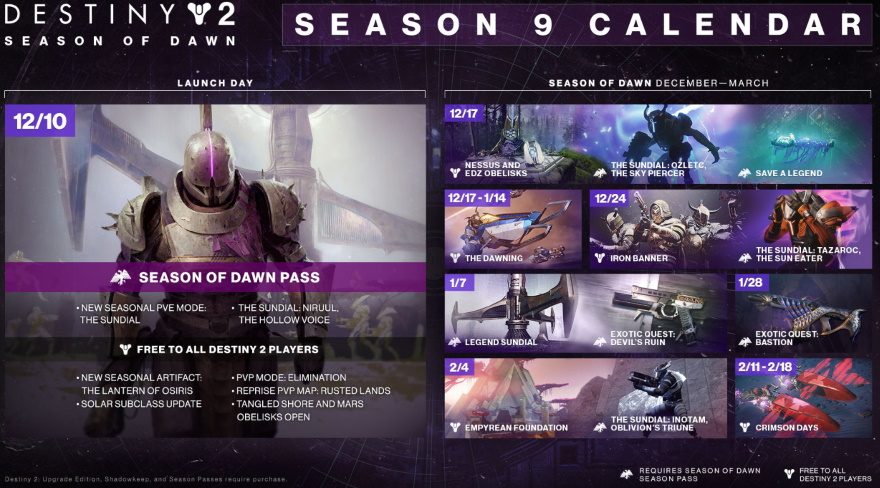 I had friends trying really hard to get me into Destiny 2, and I resisted for a long time because I stink at shooters. I finally went in and had so much fun! My 14-year-old daughter did sit next to me, giving me pointers and rolling her eyes at my mistakes, but it was fun nonetheless, and it was nice bonding time with the kid too.